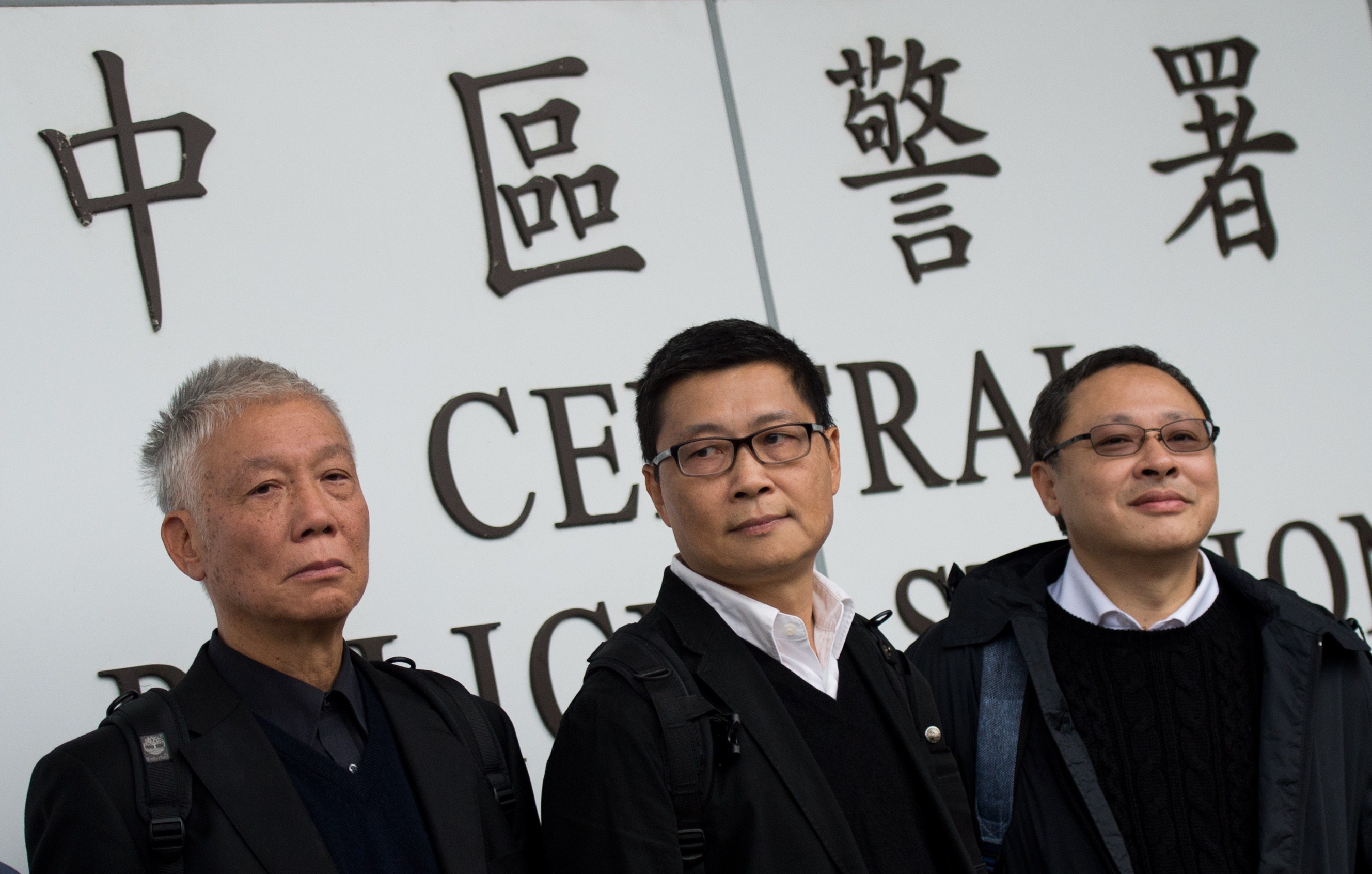 HONG KONG -- Three founders of a civil disobedience campaign that helped spark Hong Kong's pro-democracy protest movement have entered a police station to surrender after calling for an end to the street demonstrations.

Professors Benny Tai Yiu-ting and Chan Kin-man and the Rev. Chu Yiu-ming haven't been charged but authorities say protests that have blocked streets in the Asian financial center for more than two months are illegal.

CBS News' Shuai Zhang reports the three protest leaders left the police station and talked to the press. Tai said they had been allowed to leave with no restrictions, but were presented with a form to fill out.

The three were joined by dozens of supporters also planning to turn themselves in.

Meanwhile, dozens of opponents of the Occupy Movement staged a protest near the station, arguing the trio had damaged Hong Kong.

The trio founded Occupy Central, which aimed to shut down streets in the financial hub to press for greater democracy in the semiautonomous Chinese city.

The Occupy co-founders hoped that by surrendering to police they could bring a peaceful end to the protests. They also made an open appeal to student-led protesters to retreat.

But their actions may have little influence on student protesters, who make up the bulk of the activists, as some student leaders continue a hunger strike began earlier in the week.