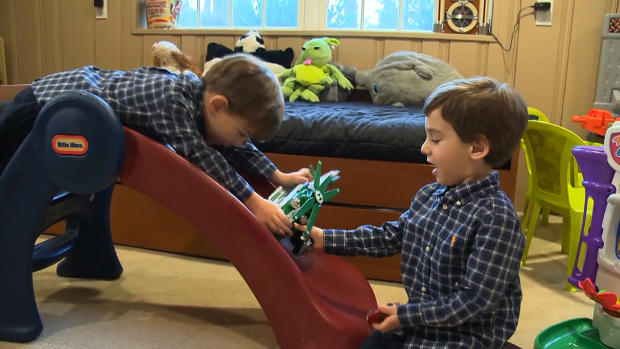 Triplets-and-more increasingly are the result of drugs given to women to make them produce eggs - not from using multiple embryos from IVF, or lab-dish fertilization, new research shows.

More than one-third of twins and three-quarters of triplets and higher multiple births in the U.S. are due to fertility treatments of all types, researchers from the federal Centers for Disease Control and Prevention and Brown University report in this week's New England Journal of Medicine.

Multiple births raise medical risks and hospital bills for moms and babies. Guidelines urging the use of fewer embryos were strengthened following the 2009 "Octomom" case, in which a California woman had octuplets after her doctor transferred 12 embryos made from an IVF treatment.

But most cases of infertility are treated not with IVF but simpler measures such as drugs to make the ovaries produce eggs. The first step often is a pill, Clomid, to spur hormones that aid conception. If that doesn't work, more powerful drugs can be given in shots, but those bring a much higher risk of multiple eggs being released.

Doctors are supposed to use ultrasound and blood tests to monitor how many eggs are being produced and advise couples against trying to conceive that month if there are too many, to minimize the risk of multiple births. But that monitoring often isn't done, or done well, and couples eager for a baby may disregard the advice.

"It's very easy to demonize this dumb doctor who didn't do the right thing. That may not always be the case," said Dr. Nanette Santoro, obstetrics chief at the University of Colorado in Denver. "Frustrated people who don't get pregnant after a couple cycles will think more is better. It's the American way."

The new study examined trends over several decades and finds that the rate of triplet and higher-order births peaked in 1998 and has been declining since then.

From 1998 to 2011, the estimated proportion of twin births due to IVF increased from 10 percent to 17 percent, while the proportion of triplets-and-more declined.

During the same period, the estimated proportion of triplet and bigger multiple births from non-IVF treatments such as fertility drugs increased from 36 percent to 45 percent.

Dr. Fady Sharara of the Virginia Center for Reproductive Medicine in Reston, Va., and an OB/GYN at George Washington University, said he urges couples to avoid multiple births, and to use one embryo at a time if they are doing IVF.

"There are medical, social, emotional and financial reasons to avoid having twins" or larger multiple births, he said.

A recent study calculated the medical costs from simply giving birth to one kid or multiple children. It found one child will cost about $21,000 in medical expenses, with that price tag surging to $105,000 for twins and more than $400,000 for triplets or more.

The authors cited increased use of a C-section and longer hospital stay for women who deliver multiple births, along with increased admission rates and longer stays in the neonatal intensive care unit (NICU) for twins and other babies born in multiple births.