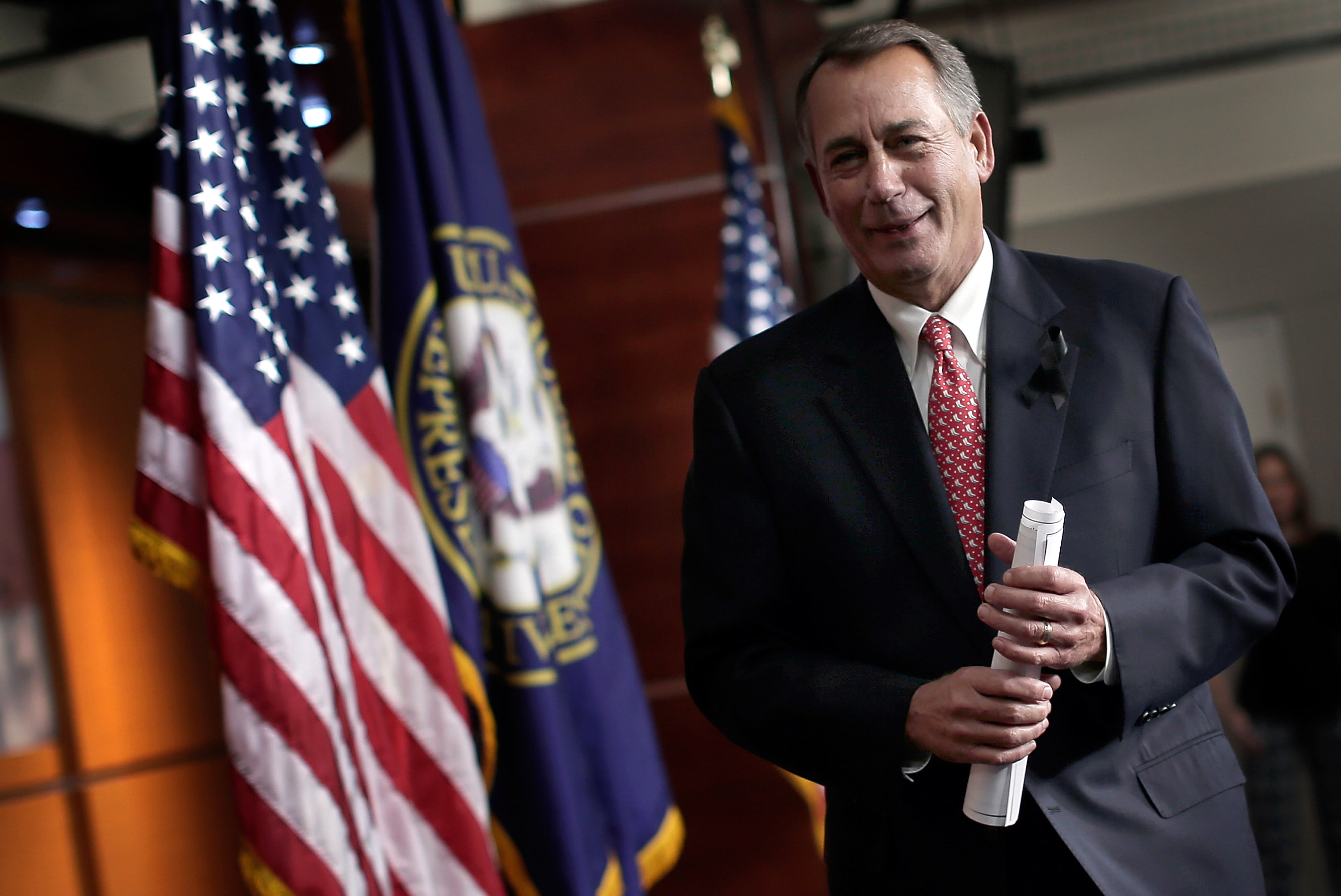 If a night away from the Capitol was supposed to heal the GOP’s internal wounds on display this week, it didn’t work.

House Speaker John Boehner, R-Ohio, took another swing at outside conservative groups who are warning members not to support the budget dealbrokered by Rep. Paul Ryan, R-Wis., and Patty Murray, D-Wash. Reminding reporters that the very same groups concocted the strategy to tie thegovernment shutdown to defunding the health care law, Boehner held nothing back in his criticism.

“They’ve lost all credibility,” he said Thursday during a news conference at the U.S. Capitol.

“They pushed us into this fight to defund Obamacare and to shut down the government. Most of you know my members know that wasn’t exactly the strategy I had in mind,” Boehner said. “The day before the government reopened one of these groups stood and said, ‘well we never really thought it would work.’”

He threw his arms out and raised his voice for effect as he bellowed, “Are you kidding me?”

Boehner first lashed out at groups like Heritage Action and the Club for Growth in a press conference Wednesday after his conference met to discuss the budget deal.  The groups were quick to tell members that their votes – a “no” for the deal, they urged – would be recorded on a legislative scorecard.

Ryan, long a darling of the conservative movement for his budget blueprints that slashed spending and reshaped entitlement programs, admitted to being surprised by the flurry of criticism.

“We were a little caught off-guard that they came out against the agreement before we even reached an agreement, and so, one would like to think you will get criticized after people know what it is you're doing, not before they know what you're doing. So that was a little frustrating,” he said on “CBS This Morning.”

Still he defended the deal by saying it puts permanent spending cuts in place – more than the $63 billion in relief from the sequester cuts that were part of the budget.

Boehner backed Ryan’s claim that this is a win for conservatives. “This budget bill gets us more deficit reduction than what we have under the Budget Control Act,” he said. “Why conservatives wouldn’t vote for this or criticize the bill is beyond any recognition I could come up with.”

It has been tough for the speaker to wrangle his unruly caucus and the outside forces that threaten primaries for lawmakers deemed insufficiently conservative, but he said that he has stuck to his principles throughout his entire speakership.

“I’m as conservative as anybody around this place and all the things that we’ve done over the three years that I’ve been speaker have not violated any conservative principle. Not once,” he said.

Although it’s usually the House GOP that resists compromise with Democrats, it’s actually Senate Republicans who have been the most outspoken against the deal. Senate Majority Leader Mitch McConnell, R-Ky., doesn’t support it, as does much of the Republican leadership and the chamber’s more prominent Republicans like Sens. Ted Cruz of Texas, Rand Paul of Kentucky and Marco Rubio of Florida.

When Ryan was asked on MSNBC about Rubio’s statement that the budget deal would make it harder to achieve the American dream, Ryan suggested Rubio “read the deal and get back to me.”