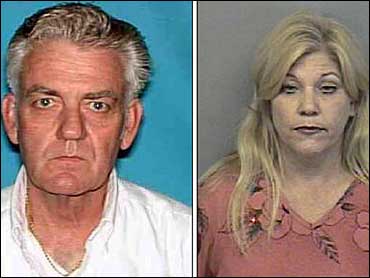 A woman has been indicted on negligent homicide charges for allegedly giving her husband a sherry enema that killed him.

Michael Warner, 58, died last May after the enema caused his blood-alcohol level to rise to .47 percent.

"That's extremely high," Detective Lt. Robert Turner said. "You're either going to be in the hospital or the funeral home with that much alcohol."

Turner said Michael Warner was an alcoholic who could not swallow liquor because of ulcers and heartburn.

"He was told that he could not drink alcohol or that he would die, according to the people that we interviewed," Turner said. "We are going to prove that she gave him the sherry and that she knew that he wasn't supposed to have any and that it could be detrimental to his health, and that she gave it to him anyway."

Tammy Warner was released on $30,000 bail. Her attorney did not immediately return a call Thursday.