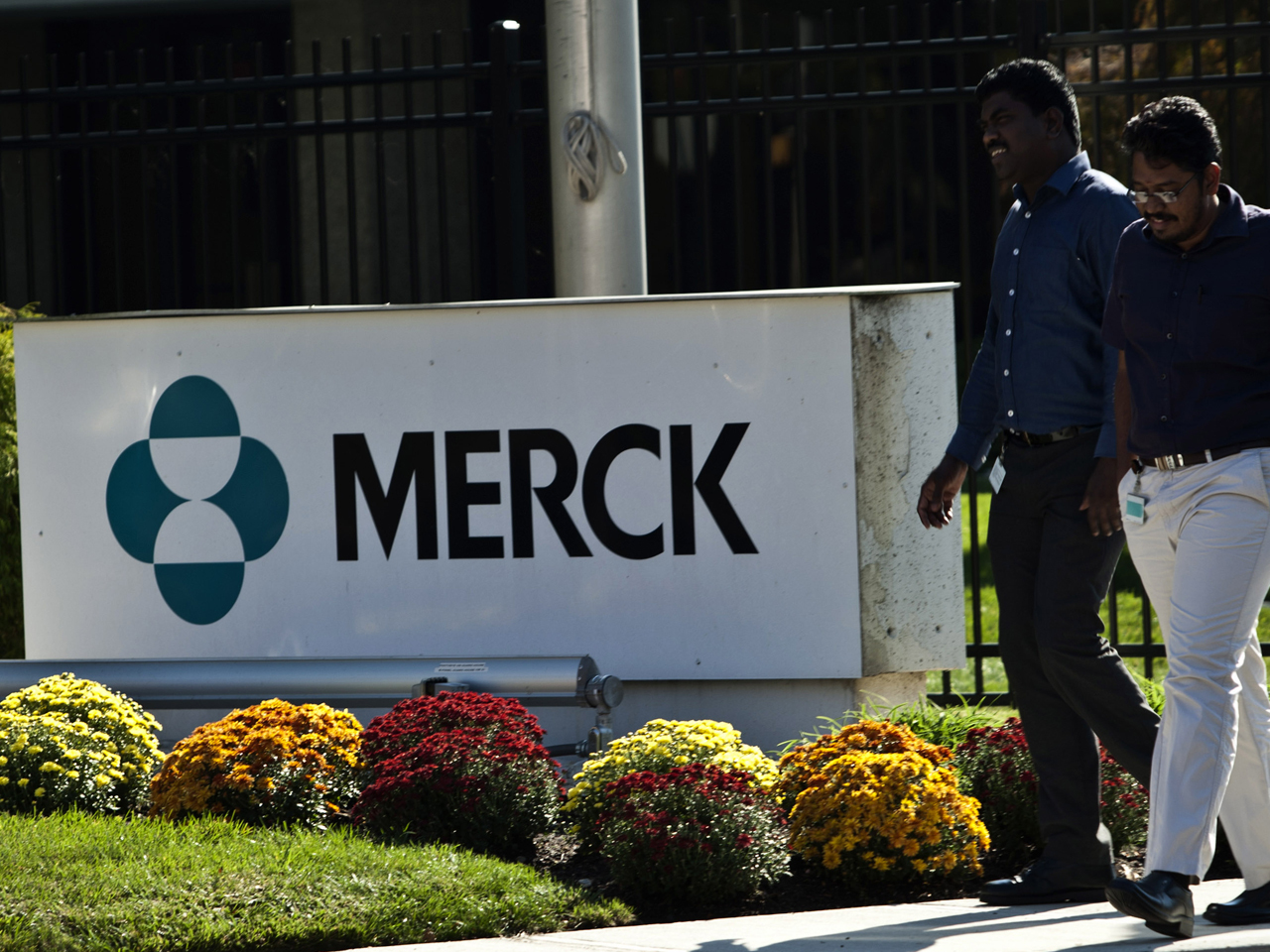 U.S. regulators have approved the first drug in a new class of cancer medicines that work by stimulating the immune system. The drug was developed by Merck for treating the most deadly form of skin cancer.

The Food and Drug Administration granted accelerated approval to Merck's Keytruda for treating melanoma that's spread or can't be surgically removed, in patients previously treated with another drug.

The drug, known chemically as pembrolizumab, is part of a promising new class of antibody-based drugs that work by taking a brake off the immune system so it can better recognize and attack cancer cells.

"Ninety percent of patients have basically no side effects," Dr. Antoni Ribas, a researcher and professor at UCLA's Jonsson Comprehensive Cancer Center who was the lead investigator of a crucial study of Keytruda, told The Associated Press in an interview.

By comparison, most patients getting chemotherapy suffer with nausea, vomiting and hair loss.

In addition, Ribas said, Keytruda and other "immune-therapy" drugs appear likely to work against many more types of cancer than older drugs, and in a much higher percentage of patients.

The drug is administered intravenously. Dr. John Glaspy, a UCLA Jonsson Cancer Center oncologist, explained what makes it different: "This is a treatment that is targeted not to the tumor itself.... The hope is the immune system will target the cancer," he told CBS News. "It's a huge deal because of what it does in melanoma and because of its potential in some other selected cancers as well."

In a study funded by Merck, which is based in Whitehouse Station, New Jersey, one-third of the 600 patients participating benefited from the drug, with 62 percent of those alive after 18 months.

Chemotherapy drugs have an average survival of about nine months, while some newer cancer drugs on average keep patients alive for 11 to 15 months, noted Ribas, who serves as an adviser to Merck but said he donates all payments to UCLA.

"This is just the start," Ribas said, adding that earlier tries at immune therapy for cancer typically helped only 5 percent to 10 percent of patients.

The average overall survival rate for Keytruda hasn't been determined yet, as most patients in the study are still being followed.

Merck's drug is the first in the class of what's called anti-PD-1 drugs approved in the U.S.

"This drug represents a major step forward," Dr. Louis M. Weiner, a spokesman for the American Association for Cancer Research, said in a statement. "It is an effective immunotherapy (but) not a general immune stimulant. It attacks a specific mechanism employed by some cancers to actively evade immune destruction."

Bristol-Myers Squibb Co. and a partner have a drug similar to Keytruda, called Opdivo, which was approved in Japan in July. They are seeking U.S. approval for it.

Merck said Keytruda will cost about $12,500 per month for many patients - similar to the price of many other new cancer drugs - and on average treatment lasts for just over six months.

The drug did have serious, immune-related side effects in a small number of patients, including hepatitis, colitis, thyroid problems and kidney inflammation. It's administered every three weeks through a slow intravenous drip - until the cancer progresses or the patient has intolerable side effects.

One study participant, 49-year-old Rich Murphy of Marshfield, Massachusetts, said that after about five rounds of treatment with Keytruda in 2012, he stopped taking medicines and was still cancer-free at his latest checkup 2 1/2 months ago.

"I owe my life to that drug. There's no question about it," Murphy, a real estate agent, said in an interview.

He had about 15 melanoma tumors under the skin throughout his torso, and after being diagnosed in 2008, underwent multiple rounds of radiation and surgery, plus chemotherapy. He then took Bristol-Myers' Yervoy, but it stopped working after several months.

Once he started on Keytruda, Murphy said, the only side effect he had was dry skin.

"This is the most promising and positive patient response to a melanoma treatment to date," he said in a statement, but cautioned that it won't work in all late-stage melanoma patients - the goal of ongoing research.

Merck, Bristol-Myers and rivals including Astra-Zeneca PLC and the Roche Group all are running multiple studies of anti-PD-1 drugs, used alone or in combination with other medicines, for treating a variety of cancers. Those include head and neck cancer, bladder and gastric cancers and non-small cell lung cancer, as well as advanced melanoma.

This life-threatening malignancy is on the rise in the U.S. in young people, and especially among women. A report published in July found a 200 percent jump in cases of melanoma since 1973.