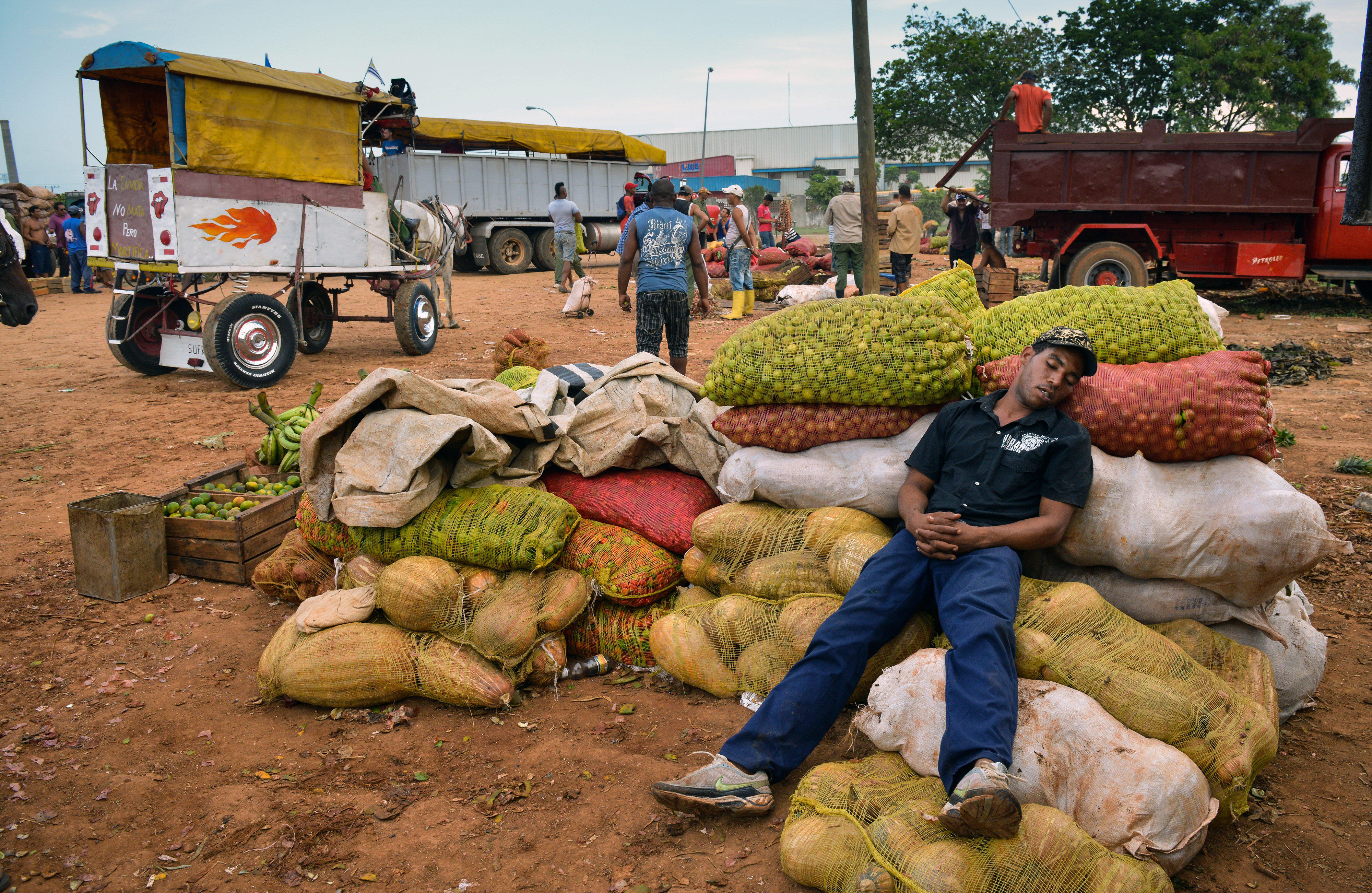 HAVANA --The same sound is heard in every night in nearly every Cuban household. Grains of rice, the basis of island diet, being poured into a rice cooker. Seven pounds per person are dispensed by the local grocer monthly at a state-subsidized price – just pennies a pound.

A monthly food ration has been guaranteed every Cuban, rich or poor, since the early days of the revolution. Food is subsidized at great cost to the government.

The equivalent of 25 billion pesos a year is spent to assure everyone their basic ration but consumers pay just over 12 percent of that amount. The state is left with the rest of the bill.

Today, apart from the seven pounds of rice, each Cuban receives three pounds of white sugar and one of brown, 10 ounces of beans (another basic in the Cuban diet), 250 milliliters of cooking oil, and one small package of coffee for those over seven years of age. Occasionally Cubans get a package of spaghetti for less  than five pennies, and children up through the age of seven receive three kilograms of powdered milk at 40 U.S. cents a kilogram.

Children also get a pound of ground beef once a month but parents complain that it doesn't always show up at the shop and then the children get chicken instead. Adults should also receive a pound of chicken a month for less than 5 cents. Often chicken turns into fish. And with reductions already in place, people get only five eggs each per month but for less than a penny an egg.

It's pretty confusing – but also pretty clear this bare-bones diet is not enough to live on. In fact the food items bought on the ration book do not last more than two weeks.

Still you might think the population is happy with how cheaply they are getting at least these products. But the cost of putting dinner on the table and the government's announced intention to stop subsidizing food for all are among the most unpopular aspects of the reforms being implemented, reforms that open the economy to some market mechanisms.

President Raul Castro has repeatedly said that Cuba needs to become a country that is "less egalitarian but more just" and that the island can no longer be the only country in the world where people do not need to work in order to live.

The government argues it can no long afford the role of the paternalistic state that cares for everyone equally including those who can well take care of themselves. Asked what low-income Cubans are supposed to do to survive, Jose Barreiro, advisor to the Minister of Labor and Social Security said some sectors will be hit harder than others.

"Under the policy that has been set, the country will continue eliminating a number of subsidies on products that are distributed in an egalitarian manner to everyone regardless of their income, including those with very high earnings," Barreiro sais. "Instead, in the future, the government will subsidize people and not products."

In other words, Cuba is moving away from being a welfare state for all and earmarking aid to those it judges need it the most. The problem is that even with the opening of a private sector and with people going into business for themselves, the vast majority of Cuban workers are still employed by the state and there is a huge gap between their wages and the cost of food they are forced to buy. In farmers markets, a single grapefruit costs eight pesos and goods at hard currency stores have a 240 percent markup.

In fact the economic opening has driven up prices. There are no wholesale markets where private restaurant owners, for example, can buy their ingredients. Instead they buy at the same farmers markets as the rest of the population. This situation pits the private sector against the public-sector worker. People complain that bakeries run out of bread before they can get there because the cafeteria owners buy it up to make sandwiches. And the price of pork, a staple on the menu of most private eateries, has risen so that a pound of it now costs the average state worker more than a day's pay.

And many Cubans find that those 7 pounds of cheap rice doesn't last them but rice sold por la libre or without limits at a higher price is becoming hard to find as private restaurant owners buy it up by the sack load – at 500 Cuban pesos or about 20 U.S. dollars a sack – the equivalent of a month's average salary and therefore out of reach for the majority.

On a recent afternoon, the CBS News crew found a long line of hopeful customers outside of the old "5 & 10 cent" store on a main Havana thoroughfare hoping to buy rice for their families at 5 pesos a pound. But out on the sidewalk were the early buyers sitting on entire sacks of rice while they waited for transportation. People at the end of the line, meanwhile, expressed the fear that by the time they made it inside the store there wouldn't be a single grain left.

Cubans working in state jobs repeatedly told CBS that they are forced to spend up to 80 percent of their income just on food. Luckily, health care and education are free and mortgage payments never more than 10 percent of a household's combined income. And doctors are being told their salaries are going to be doubled come January. Teachers are hoping something similar will happen in education. But most of these state employees are taking a wait and see attitude unsure of whether the government will really be able to come up with the funds for these raises.