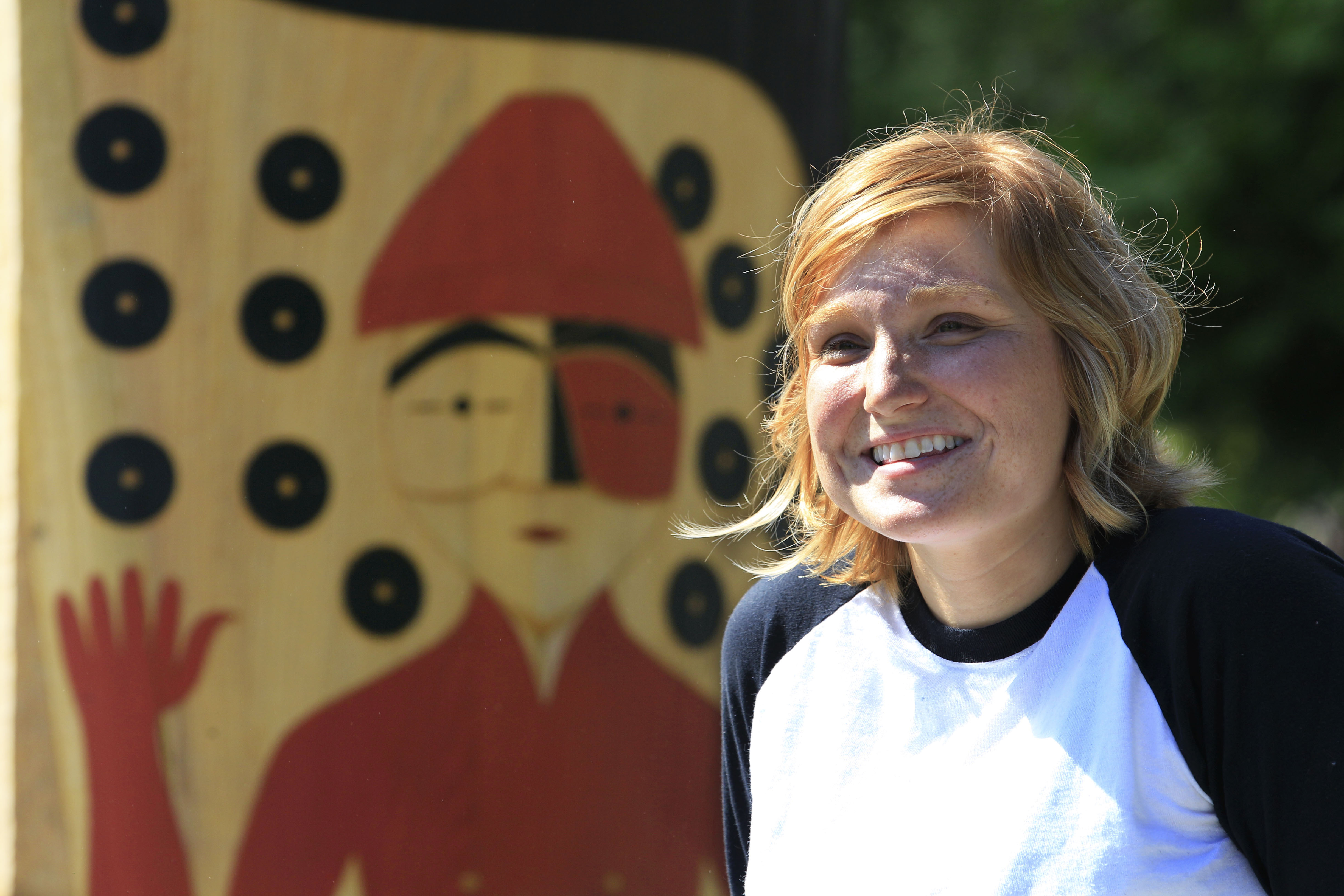 SEATTLE - Standing up before dozens of Suquamish Tribal members at a general council meeting in March, Heather Purser told them she was a lesbian, and asked her people to recognize same-sex marriages at the tribe's Washington state reservation.

Even after four years of lobbying tribal members, the 28-year-old didn't know how much support she had.

"When I turned around to sit back down I was shaking," Purser recalled Tuesday.

Then the council put the issue to a voice vote of the people. "Everyone said aye. No one said nay," Purser said.

On Monday, the Suquamish Tribal Council ratified the people's wishes and recognized gay marriage, making it only the second tribe in the country known to do so.

The new law allows the tribal court to issue a marriage license to two unmarried people, regardless of their sex, if they're at least 18 years old and at least one of them is enrolled in the tribe.

It will be up to other courts to decide if unions granted under the Suquamish ordinance will be recognized elsewhere in Washington, said the tribe's attorney, Michelle Hansen.

Gay marriage is still illegal in the state, but the Legislature this year approved a measure recognizing same-sex unions from other jurisdictions, which include other nations. State lawmakers also have approved a so-called "everything but marriage" law, granting same-sex couples many rights.

Purser came out to her family when she was 16 and decided to campaign for gay marriage in her tribe after college.

She approached the Tribal Council, which she said was supportive but not encouraging. She said council members told her to talk to elders about the issue and assigned a tribal attorney to work with her.

But Purser became discouraged, thinking the tribe was taking too long. She moved to Seattle, to a gay-friendly neighborhood, where she met her partner.

Purser, who is a seafood diver for the tribe, returned to the reservation in March, this time intent on voicing her campaign to the people at the annual general membership meeting.

She stepped to the microphone and repeated her plea for the tribe to recognize gay couples. Tribal Council members said they would continue considering it. She sat down. But people around her encouraged to stand up again. She then asked for a voice vote.

"Everyone said aye. No one said nay," Purser said. Her father and brothers looked on.

"I'm proud that she stood up for herself and took a stand. You bet," said Heather's father, Rob Purser. "A father's main concern is that your children are happy, and you do what you can to help them."

"I'm just happy that we're able to get the work done that will allow the same rights and privileges to all people, regardless of sexual orientation," Forsman said in a telephone interview with The Associated Press. "It was a process that took longer than expected. We have a lot competing needs."

Hansen said other jurisdictions will have to decide whether to uphold same-sex unions performed on the Suquamish's reservation.

The Coquille Indian Tribe on the southern Oregon coast is the only other tribe that recognizes same-sex marriage, said Matthew L.M. Fletcher, a law professor at the Michigan State University Indigenous Law Center.

The Coquille adopted its law sanctioning gay marriage in 2008. Most tribal law doesn't address the issue. In 2005, efforts to grant marriage rights at the nation's largest tribe, the Navajo, were defeated.

The Suquamish Tribe has about 1,000 enrolled members, according to its website. Its reservation is on the shores of the Puget Sound, about an hour from Seattle. The city of Seattle is named after its most famous member, Chief Seattle, who led a confederation of tribes in the first half of the 1800s.

While Heather Purser lobbied for marriage, she said she's not yet taking that step. But her victory has helped her deal with many personal issues.

"I have a lot of bitterness inside of me," she said. "Ever since (the vote), a lot of that pain is just gone."