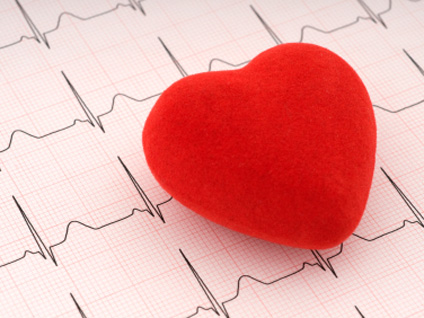 Patients taking the new anti-clotting drug Pradaxa have a 33% higher risk of heart attack or severe symptoms of heart disease than do patients taking warfarin.

The finding, from Cleveland Clinic researchers Ken Uchino, MD, and Adrian V. Hernandez, MD, PhD, is based on data from seven clinical trials that enrolled 30,514 patients.

"The risk of [heart attack] or acute coronary syndrome is increased with [Pradaxa] compared with various control treatments, which include adjusted-dose warfarin, [Lovenox], or placebo," Uchino and Hernandez conclude.

Acute coronary syndrome -- acute symptoms of serious heart disease -- is usually caused by the rupture of a plaque in a heart artery.

In an editorial accompanying the study in the Jan. 9 issue of Archives of Internal Medicine, journal editor Rita Redberg, MD, notes that this isn't the first safety warning issued for Pradaxa.

The FDA is investigating an unusually large number of reports of serious bleeding linked to the drug. Japan and Australia already have issued a safety warning. The European Medicines Agency advises doctors to check patients' kidney function before prescribing Pradaxa. And last year the FDA warned patients that the drug breaks down quickly when removed from its original container.

"These additional concerns deserve serious consideration in weighing the risks and benefits of [Pradaxa]," Redberg concludes.

Despite the apparent increase in heart attack risk, Uchino and Hernandez note that the benefits of Pradaxa -- particularly its ability to prevent stroke in patients with atrial fibrillation -- outweigh its risks.

And they note that while the risk of heart attack or acute coronary syndrome is higher in patients on Pradaxa than in those on warfarin, the actual risk of these events is increased by only 0.25% per year.

While absolute risk may not be bad, when added on top of measurable risk it becomes worth noting.

"If I have a patient on this drug for 10 years, I'd expect a 5% increased lifetime risk of heart attack," Garratt tells WebMD. "The most important aspect of this study is that it allows us to see a consistent risk across studies and types of patients. That speaks to the conclusion that this study is well done and that the risk is real."

John Smith, MD, senior vice president of clinical development and medical affairs for Pradaxa maker Boehringer Ingelheim, does not agree that the study was well done.

While Garratt sees the diversity of studies as a strength, Smith says the different studies -- which compared patients taking Pradaxa for different reasons to patients taking warfarin, the blood thinner Lovenox, or placebo -- should not be lumped together.

Smith notes that a recent manufacturer-funded study found that the increase in heart attacks with Pradaxa is not large enough to be scientifically meaningful. But more important, he says, is that even the authors of the current study find Pradaxa's benefits to outweigh its risks.

"We have done the analysis and feel there is still a very favorable risk/benefit profile for the drug as prescribed in clinical practice," Smith tells WebMD. "We take the safety of patients taking our medicines as a top priority. This is something we actively monitor and are in communication with the FDA and other regulatory agencies. Safety is paramount in our minds."