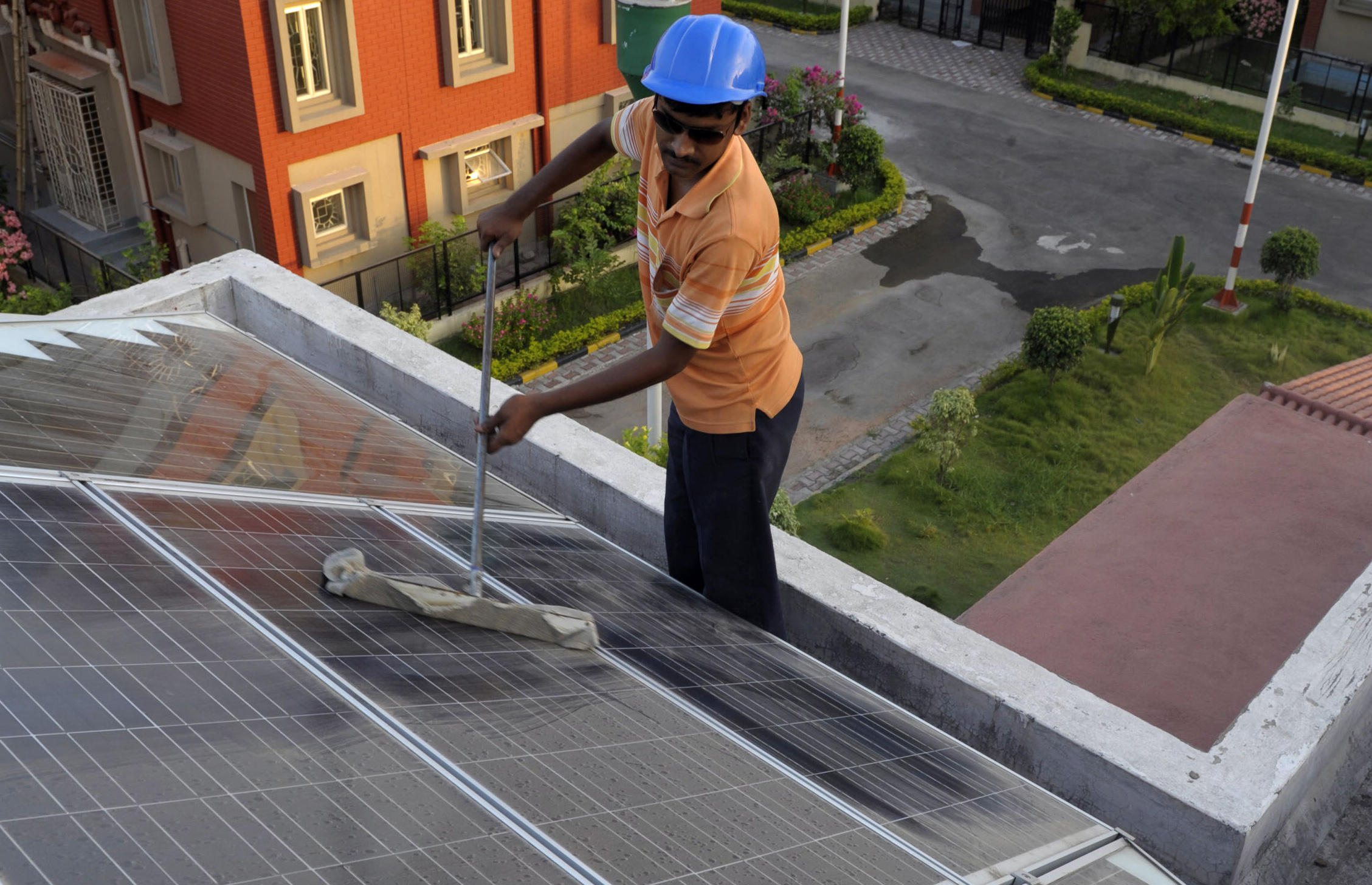 Researchers from Duke University found that air pollution — specifically airborne particles, which accumulate on solar cells — is cutting solar energy output by more than 25 percent in certain areas of the world, causing billions of dollars of losses. The research was published this week in the journal Environmental Science & Technology Letters.

The hardest hit regions happen to be those currently investing the most in solar energy infrastructure: China, India and the Arabian Peninsula, according to researchers.

Duke University professor Michael Bergin set out to explore the link between air pollution and solar panel efficiency after a visit to India.

"My colleagues in India were showing off some of their rooftop solar installations, and I was blown away by how dirty the panels were," Bergin said in a statement.

Working with researchers at the Indian Institute of Technology-Gandhinagar and the University of Wisconsin at Madison, Bergin confirmed that solar panels become significantly less efficient as they become dirtier over time.

Maintenance is key: the panels he examined showed a 50 percent uptick in in efficiency from being cleaned after several weeks. Cleaning solar panels is somewhat complex, and there's a risk that cleaning them incorrectly could damage the expensive structures.

Analyzing the panels at the Indian Institute of Technology-Gandhinagar, Bergin found they were covered in about 92 percent dust and 8 percent carbon and ion pollutants, particles from manmade pollution.

That 8 percent is particularly dangerous, researchers said, as small particles from human-made pollution are extremely effective at blocking out light.

Extrapolating from their observations in India, the researchers estimate that dry regions like the Arabian Peninsula, Northern India and Eastern China must be facing heavy losses in solar efficiency. Solar panels in these regions face efficiency losses between 17 to 35 percent, depending on how well they're maintained.

"We always knew these pollutants were bad for human health and climate change, but now we've shown how bad they are for solar energy as well," Bergin said. "It's yet another reason for policymakers worldwide to adopt emissions controls."

China stands to lose tens of billions of dollar per year as the country's growing solar energy infrastructure collides with its toxic air pollution, the researchers said.

China has emerged as a major player in renewable energy in recent years, overtaking the U.S. as the global leader in renewable power. The momentum stems from extreme circumstances: China is by far the world's largest user of coal and has long struggled to gain control over the toxic smog that blankets urban areas. China's smog routinely shuts down airports, schools and roads, forcing locals to stay inside or risk serious respiratory damage.

China is still committed to the landmark Paris Agreement on reducing carbon emissions, despite President Trump's decision to pull out of the accord. In the wake of the U.S. pullout, China signed a independent, non-binding agreement with the state of California to expand renewable energy trade between the two economies.