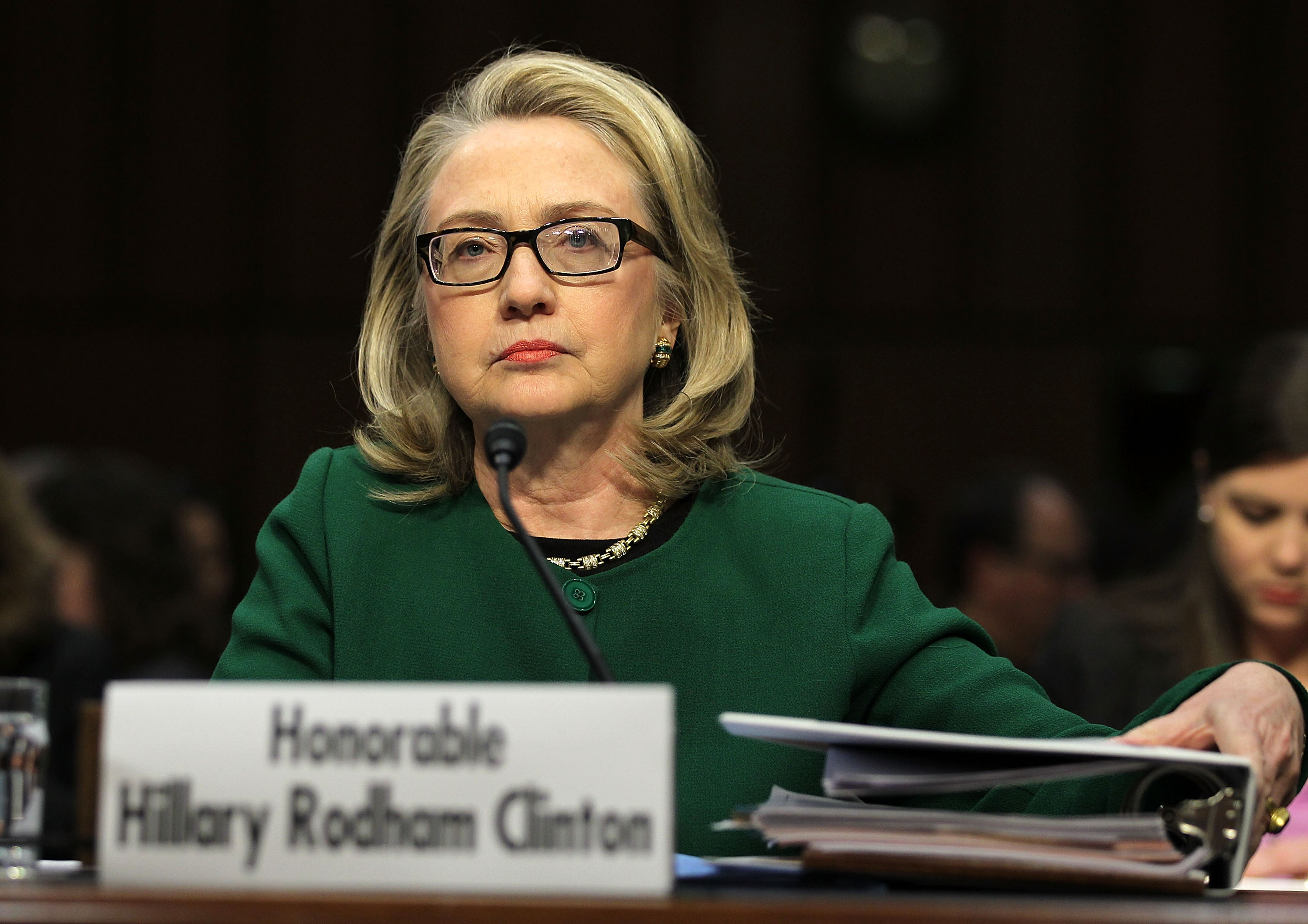 Sen. Dianne Feinstein, D-Calif., has come to the defense of Hillary Clinton against Republicans who she says are trying to inflate the former secretary ofstate’s role in the Sept. 2012 attacks on the U.S. diplomatic facility and CIA annex in Benghazi, Libya.

Feinstein, the chair of the Senate Intelligence Committee, and vice chairman Saxby Chambliss, R-Ga., led the committee’s review of the attacks that werepublished in a bipartisan report that was declassified Wednesday. Though their the report faults the State Department for failing to sufficiently increase security to protect the diplomatic facility in light of increased security threats, it does not directly connect Clinton to the decision making.

“I want the record to be clear: I condemn any efforts to use this report for political purposes,” Feinstein said in a statement released Thursday.

Clinton’s name is mentioned just once in the report, in an addendum written authored by Republican Sens. Chambliss, Richard Burr of North Carolina, Jim Risch of Idaho, Dan Coats of Indiana, Marco Rubio of Florida and Tom Coburn of Oklahoma.

“Ultimately, however, the final responsibility for security at diplomatic facilities lies with the former Secretary of State, Hillary Clinton,” they write. “At the end of the day, she was responsible for ensuring the safety of all Americans serving in our diplomatic facilities. Her failure to do so clearly made a difference in the lives of the four murdered Americans and their families.”

“Statements on the Senate floor this morning and some media reports about the Senate Intelligence Committee’s bipartisan report on the attack against our diplomatic mission and CIA annex in Benghazi, Libya, intimate that the report assigns culpability to former Secretary of State Hillary Clinton for the tragedy. This is patently false,” she said. “The report approved on a bipartisan basis says no such thing.”

Sen. Lindsey Graham, R-S.C., cast doubt Thursday on the reason Clinton did not appear on the Sunday political talk shows following the attacks.

“Why did they pick Susan Rice?” he asked. “She says Secretary Clinton was tired and went through a lot of trauma. I'm sure that's true, but I know Secretary Clinton pretty well. I think she's tough. Let's put it this way, she couldn’t be on TV to talk about what happened at the State Department because she was distraught? I don't buy that. Does anybody believe that about Secretary Clinton? And if it’s true, it’s something the American people need to consider.  I don't believe it's true. I don't believe she was incapable of going on television, as Susan Rice says. I believe they picked the person who would say whatever needed to be said.”

Speaking about the report on Fox News Wednesday, Rubio said, “There was a steady stream of reporting that this facility in Benghazi was in grave danger, that this was a very dangerous place.  There had been attacks against the facility before.  The U.K. had already pulled out.  The Red Cross had pulled out.  And they didn't have enough security …they maybe shouldn't even have been there at this stage in this process.  Who's responsible for that?  The buck stops with Hillary Clinton.”