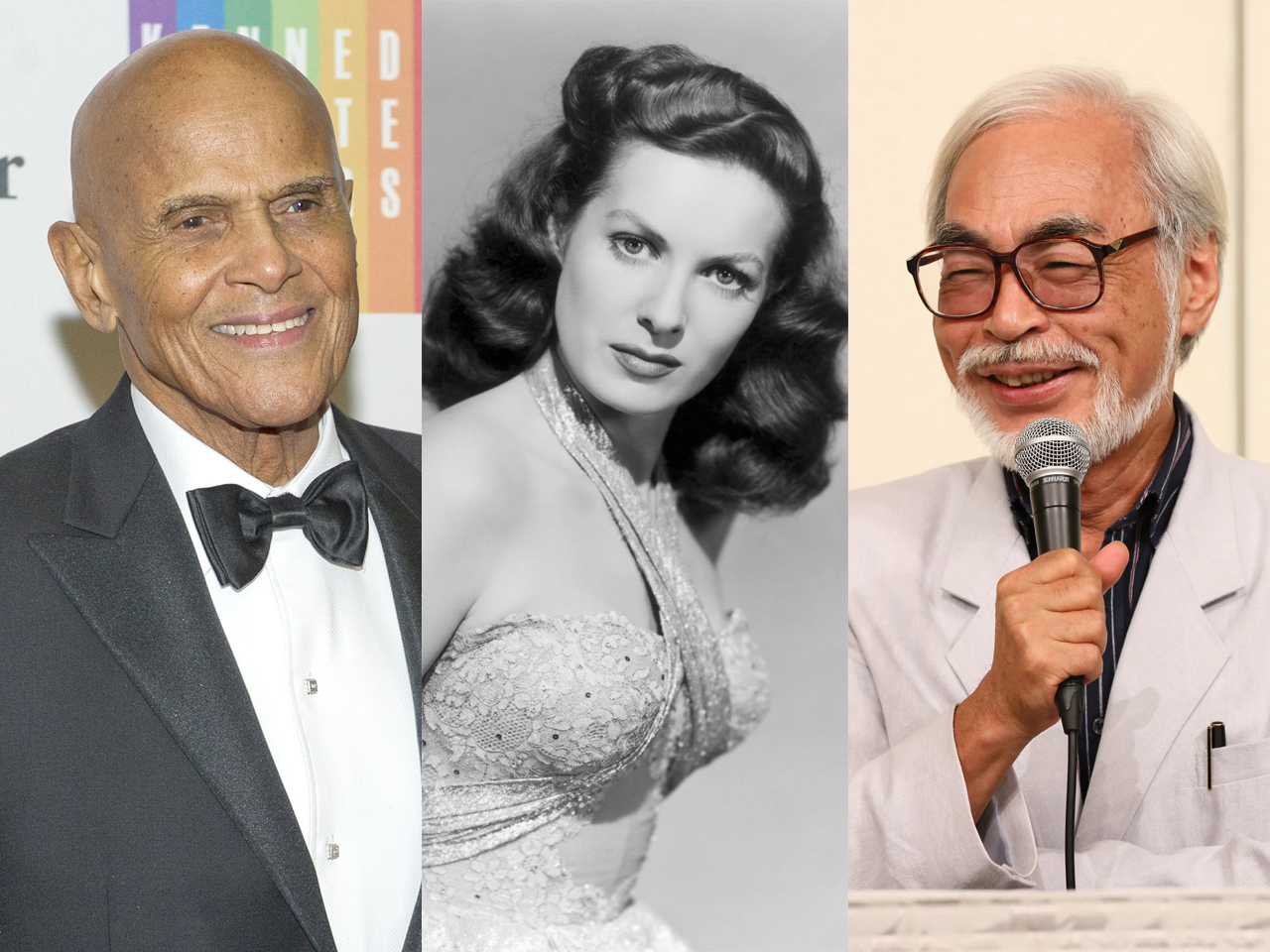 French screenwriter Jean-Claude Carrière will also be honored by the Academy's Board of Governors, at a ceremony to be held on Saturday, November 8, at the Ray Dolby Ballroom at Hollywood & Highland Center.

"The Governors Awards allow us to reflect upon not the year in film, but the achievements of a lifetime," said Academy President Cheryl Boone Isaacs. "We're absolutely thrilled to honor these outstanding members of our global filmmaking community."

The Academy will present its Jean Hersholt Humanitarian Award -- dedicated to honoring motion picture figures "whose humanitarian efforts have brought credit to the industry" -- to Belafonte. A popular singer, actor and producer, Belafonte starred in such films "Carmen Jones," "The World, the Flesh and the Devil," "Odds Against Tomorrow" and "Buck and the Preacher." But he is also renowned as a lifelong activist.

Belafonte was an early supporter of the civil rights movement, marching with Dr. Martin Luther King Jr. and active in efforts to end apartheid in South Africa. A UNICEF Goodwill Ambassador, Belafonte has worked on behalf of children, education, famine relief and AIDS awareness and civil rights around the world. In 1985, he helped organize the initiative that produced the Grammy-winning song, "We Are the World," to raise funds for Africa. He currently serves on the boards of the Advancement Project and the Institute for Policy Studies, and he recently founded the Sankofa Justice & Equity Fund, a non-profit social justice organization.

The Governors Award is given "to honor extraordinary distinction in lifetime achievement, exceptional contributions to the state of motion picture arts and sciences, or for outstanding service to the Academy."

This year's recipients include O'Hara, a native of Dublin who appeared in numerous films beginning in the late 1930s, including Alfred Hitchcock's "Jamaica Inn," "The Hunchback of Notre Dame" (with Charles Laughton), "A Bill of Divorcement," "How Green Was My Valley," "Miracle on 34th Street," "Sitting Pretty," "The Parent Trap," "Mr. Hobbs Takes a Vacation" and "The Rare Breed" (both co-starring James Stewart), and five films starring John Wayne: "Rio Grande," "The Quiet Man," "The Wings of Eagles," "McLintock!" and "Big Jake." Her most recent feature film was the 1991 "Only the Lonely," in which she played the mother of John Candy.

Miyazaki is an artist, writer, director and producer of acclaimed animated films, and a co-founder of Studio Ghibli in Tokyo. In addition to the Oscar-winning "Spirited Away" and the Oscar-nominated "Howl's Moving Castle" and "The Wind Rises," Miyazaki's films include "Nausicaä of the Valley of the Wind," "Castle in the Sky," "Kiki's Delivery Service," "My Neighbor Totoro," "Princess Mononoke" and "Ponyo."

A novelist and screenwriter, Carrière shared an Oscar with French comedian-filmmaker Pierre Étaix for the 1962 live action short, "Heureux Anniversaire (Happy Anniversary)." A longtime collaborator with director Luis Buñuel, Carrière earned Oscar nominations for the screenplays of "The Discreet Charm of the Bourgeoisie," "That Obscure Object of Desire," and Philip Kaufman's "The Unbearable Lightness of Being." His other credits include "Belle de Jour," Volker Schlöndorff's "The Tin Drum" and "Circle of Deceit," Jean-Luc Godard's "Every Man for Himself," "The Return of Martin Guerre," and Andrzej Wajda's "Danton."