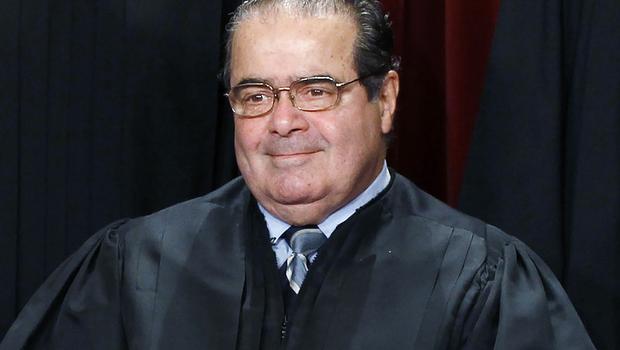 Father Paul Scalia will deliver the homily at the funeral mass for his father Justice Antonin Scalia Saturday, at the Basilica of the National Shrine of the Immaculate Conception in Washington, D.C.

President Barack Obama and first lady Michelle Obama, who will not attend the 11 a.m. service, will pay respects to Scalia while the body is in repose on Friday at Capitol Hill. Vice President Joe Biden and his wife will attend the Saturday service.

The Mass will be open to friends and family members. There will be a private burial.

Thousands of mourners, including the Obamas, are expected to pay their respects at the court. The justice's former law clerks will take turns standing vigil by their former boss throughout the day and night in a tradition most recently observed after the 2005 death of former Chief Justice William Rehnquist.

Court officials said Scalia's casket will arrive Friday morning. In a departure from tradition, the court's current and former justices won't be lining the marble steps outside the court as the casket is carried through the main entrance. They will instead be waiting inside. Court spokeswoman Kathy Arberg did not explain the reason for the change.

Supreme Court police will carry the casket up the court steps, with former clerks following as honorary pallbearers. The casket will be placed in the court's Great Hall on the Lincoln Catafalque, the platform on which President Abraham Lincoln's coffin rested in the Capitol rotunda in 1865.

A 2007 portrait of Scalia by artist Nelson Shanks will be displayed near the casket. A private ceremony including family, friends and justices will take place at the court at 9:30 a.m. Scalia's casket will be on public view in the court's Great Hall from 10:30 a.m. until 8 p.m.

Scalia died Saturday at age 79. He joined the court in 1986 and was its longest-serving justice. He sat to the right of Chief Justice John Roberts, the seat given to the senior justice. He is survived by his wife, Margaret Jane, nine children and 36 grandchildren.

Father Paul Scalia has served as parochial vicar at Saint Bernadette, Saint Patrick, and Saint Rita parishes and then as pastor of Saint John the Beloved until 2012, when he was appointed the Bishop's Delegate for Clergy. He's also a regular contributor to the Arlington Catholic Herald and Encourage and Teach on the diocesan website and a frequent speaker for the Institute of Catholic Culture in Front Royal.

On Tuesday, Scalia's courtroom chair was draped in black to mark his death as part of a Supreme Court tradition that dates to the 19th century.

The entrance to the marble courtroom and the mahogany bench in front of Scalia's chair also have been draped with black wool crepe. Scalia's body is now at the Fairfax Memorial Funeral Home in Fairfax, Virginia.