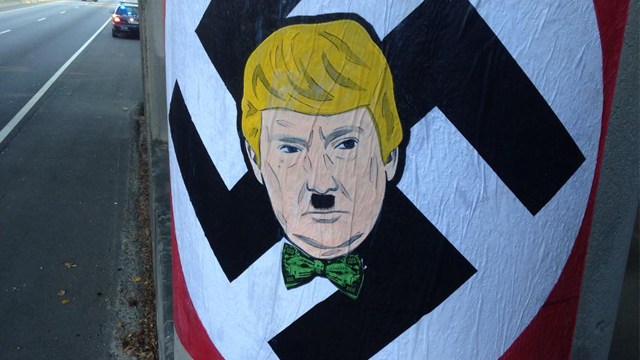 The images were reported in at least two locations where they could be seen by large numbers of drivers. In each case, they are plastered on columns beneath overpasses.

One was removed by police, and an officer at the second location told WGCL it is waiting for an investigator to take fingerprints before he scrapes the poster off.