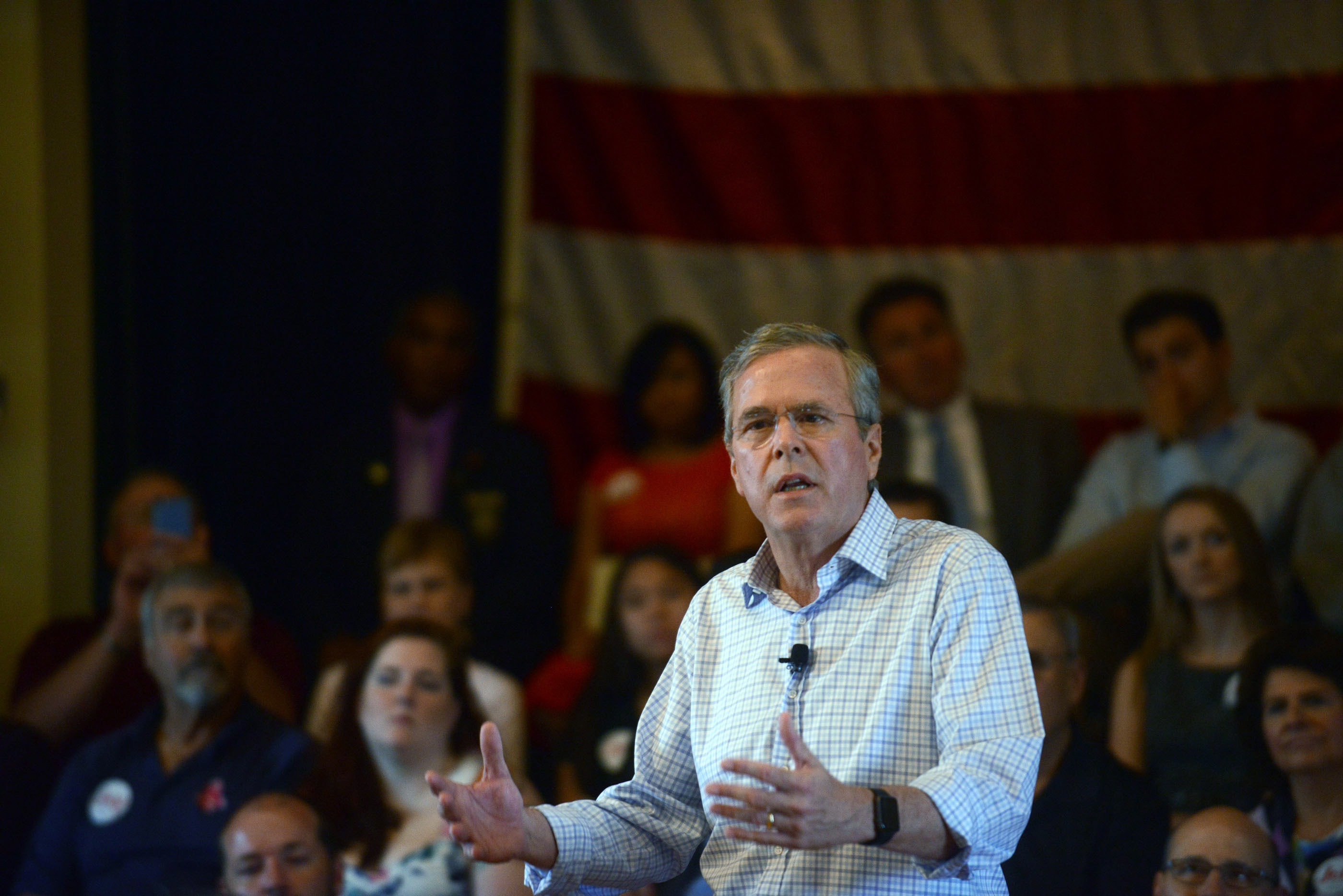 Jeb Bush softened his criticism of the pope yesterday in advance of Vatican encyclical that will call for urgent action to fight global warming.

"I think Pope Francis is an extraordinary leader of the church whose teachings I try to follow,'' the former Florida governor and 2016 presidential candidate said during a campaign event in Iowa Wednesday, according to the New York Times. "It doesn't need to get any more complicated than that. That's why I go to Mass. I don't go to Mass for economic policy or for things in politics.''

His comments were more measured than on Tuesday in New Hampshire, when Bush speculated his reaction to the pope might get him "castigated" by his priest in Florida.

He said, "I'd like to see what he [Pope Francis] says as it relates to climate change and how that connects to these broader, deeper issues before I pass judgment. But I think religion ought to be about making us better as people and less about things that end up getting in the political realm."

The pope will release an encyclical, or papal letter to bishops that outlines a teaching of the Catholic Church, on Thursday. A draft published by an Italian newspaper online Monday indicated that he would say global warming is "mostly" due to human activity and the burning of fossil fuels, and that it disproportionately hurts the poorest people in society. He will draw on established scientific literature and says he wants everyone, not just Catholics, to read the missive.

For Catholic candidates like Bush who draw on church teachings in some of their beliefs, such as opposition to abortion, the pope's words will present a challenge. Other Roman Catholics in the race include Republicans Marco Rubio, a senator from Florida, Rick Santorum, a former senator from Pennsylvania, and George Pataki, the former New York governor. Governors Chris Christie of New Jersey and Bobby Jindal of Louisiana, two other Catholics, are weighing presidential bids.

As he sought to clarify his position Wednesday, Bush did not challenge the pope's authority on the subject or question the existing science, the Times reported. He even acknowledged that in his hometown of Miami, climate change would have an impact in the long run.

"I think we need to develop a consensus about how to approach this without hollowing out our industrial core, without taking jobs away from people, without creating more hardship for the middle class of this country," Bush said. He said there is likely a "technological" solution to the problem.

But he also repeated what he had said Tuesday about the separation between religion in politics, saying again that he didn't go to mass for economic policy or politics.

While some Republicans reject climate change entirely, others, like Rubio, say that humans are not responsible for the change. A Gallup poll released in April found that 40 percent of self-identified conservative Republicans believe global warming will never happen, while 17 percent believe it will affect future generations. Only 37 percent of GOP conservatives believe the current generation will have to deal with the effects of a changing climate.

South Carolina Sen. Lindsey Graham, another Republican candidate for president, is one of the few who differs with his fellow Republicans, and even criticizes them for failing to reckon with climate change.

"When it comes to climate change being real, people of my party are all over the board," Graham said at a recent Council on Foreign Relations event. "I said that it's real, that man has contributed to it in a substantial way."

The GOP, he feels, "has to do some soul-searching. Before we can be bipartisan, we've got to figure out where we are as a party. What is the environmental platform of the Republican Party? I don't know, either."

A Pew poll released Tuesday found that American Catholics largely reflect the overall U.S. population in their views on climate change. About seven in 10 Catholics said they believed the planet is getting warmer, and just less than half - 47 percent - blame human activity. Catholic Democrats are more likely to say the earth is warming than Catholic Republicans, 85 percent to 51 percent. Sixty-eight percent of the general public agrees the earth is warming, and 45 percent say it is caused by human activity.