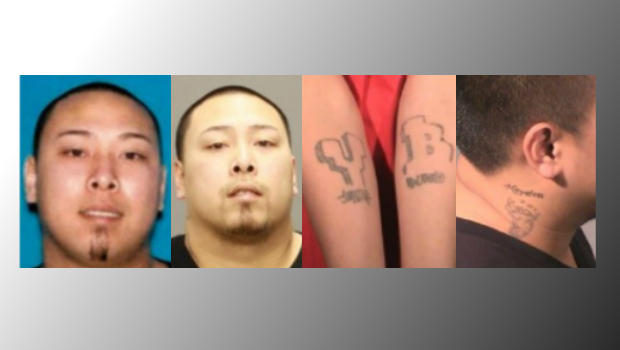 BOSTON -- The FBI's North Shore Gang Task Force is offering a $10,000 reward for information that leads to the arrest of a fugitive wanted for murder.

Steven Touch, 28, is alleged to be the leader of a violent street gang known as the Young Bloods, CBS Boston reports.

"Mr. Touch is considered armed and dangerous -- so members of the public should not approach him," Harold H. Shaw, Special Agent in Charge of the FBI Boston Division, said in a statement.

He is wanted on a number of charges, including first-degree murder, home invasion and failure to appear on several gun charges.

Touch was indicted by a Middlesex County grand jury on June 15 in a 2012 home invasion in which a person was killed. An arrest warrant was put out for Touch on January 10, after he didn't show up to court on the gun charges.

He is Cambodian, and is a legal U.S. citizen. He has also gone by the names "Kevin Touch," "Fat Boy" and "C Sick."

Touch has six tattoos: the word "blood" on his upper right arm, "mayhem" on the right of his neck, a baby footprint on his right cheek, the letter "Y" with the word "young" below it on his inner right forearm, the letter "B" with "blood" written underneath on his left forearm and "Touch" on his left hand.

Anyone with information about him is asked to contact the authorities.