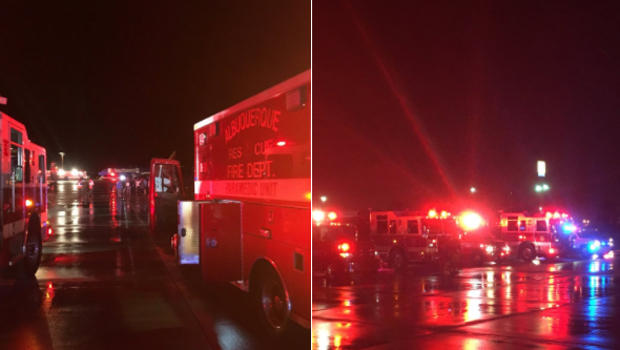 Southwest Flight 3562 was headed from Phoenix to Dallas Love Field but was forced to land in Albuquerque after what might have been an electrical fire.

Southwest told CBS News in a statement that, "The Captain declared an emergency to receive priority handling from air traffic controllers after deviating from the filed flight plan. After safely landing, 140 passengers evacuated the aircraft on a clear taxiway. Initial reports indicate five Customers requested assessment by medical personnel."

The Albuquerque Fire Department tweeted that two of them were taken to local hospitals.

There was no word on the extent of their injuries.

KRQE news crews on-scene could see several emergency vehicles on the runway, tending to the plane and passengers.

Passengers later boarded another plane and continued to Dallas.

One passenger aboard the flight, a Dallas Police officer, tweeted that Southwest handled the emergency swiftly and professionally.