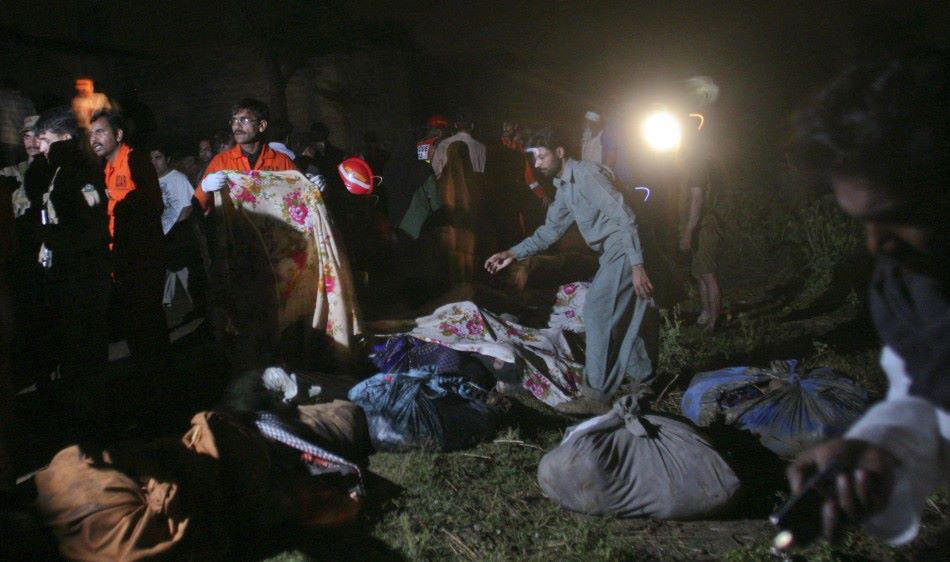 ISLAMABAD, Pakistan – A plane reportedly carrying around 48 people has crashed in the northern region of Pakistan, and officials expressed little hope for any survivors, according to the Associated Press.

At around 4:30 p.m. local time (6:30 a.m. Eastern) the ATR-42 turboprop aircraft lost contact with ground control and disappeared, shortly after taking off in the northern city of Chitral, Pakistan.

The plane crashed into a mountainside near the town of Havelian, located about 75 kilometers northwest from the capital, Islamabad.

“The plane has crashed in a far-flung village in the mountains. One has to travel for more than four kilometres on foot to reach the spot,” says Ilyas Abbasi, a local police official to French News Agency, AFP.

Irfan Elahi, the government’s Aviation Secretary, has said that the plane had suffered engine problems, but the cause of the accident could not yet be determined. A team of experts will figure out the cause of the crash once the jet’s black box has been uncovered.

State-run Pakistan Television showed a huge fire rising from the site of the crash. Villagers were seen standing near the site retrieving remains of the passengers and placing them in shawls and covering bodies with cloth.

“I don’t think there is any chance of finding any survivors” - said Pervez George of Civial Aviation Authority.

According to Reuters, the Pakistani International Airline has said the plane was carrying 48 passengers, including 5 crew members and an engineer.

The military have retrieved 42 bodies from the debris and dispatched troops and helicopters to the location. Pakistan’s Interior Ministry have dispatched a team to help identify the bodies through DNA tests, as officials on the seen say 10 bodies were charred beyond recognition.

Pakistan’s Prime Minister Nawaz Sharif expressed his “deep grief and sorrow over the loss of valuable lives” in the crash in a written statement. “The entire nation is deeply saddened over today’s unfortunate crash and shares the grief of the families who lost their dear ones.”

The names of those on board Flight PK-661 have been released and Sharif has directed government agencies to “provide full emergency help and assistance to the family members on the whereabouts of the unfortunate passengers and keep him updated on the evolving situation” according to his office.

Junaid Jamshed, a Pakistani pop star turned evangelical Muslim cleric, was on board the aircraft and is among its victims. Tributes were pouring in on social media for the former lead singer of the country’s first major pop band, whose popular “Dil Dil Pakistan” became an unofficial national anthem.

Aircraft safety is a recurring problem in Pakistan. The most recent air disasters, both in 2015, involved helicopters.

The deadliest air disaster on Pakistani soil was in 2010, when an Airbus 321 operated by private airline Airblue crashed into the hills outside Islamabad while about to land, killing all 152 on board.

PIA has been crash free for 10 years, and received a 7 out of 7 rating on the highly-cited AirlineRatings.com, which launched its annual listing in 2013.

But a 2014 analysis by US statistician Nate Silver found the airline to have a consistently high number of what he termed “near-misses” -- an indicator of risk.