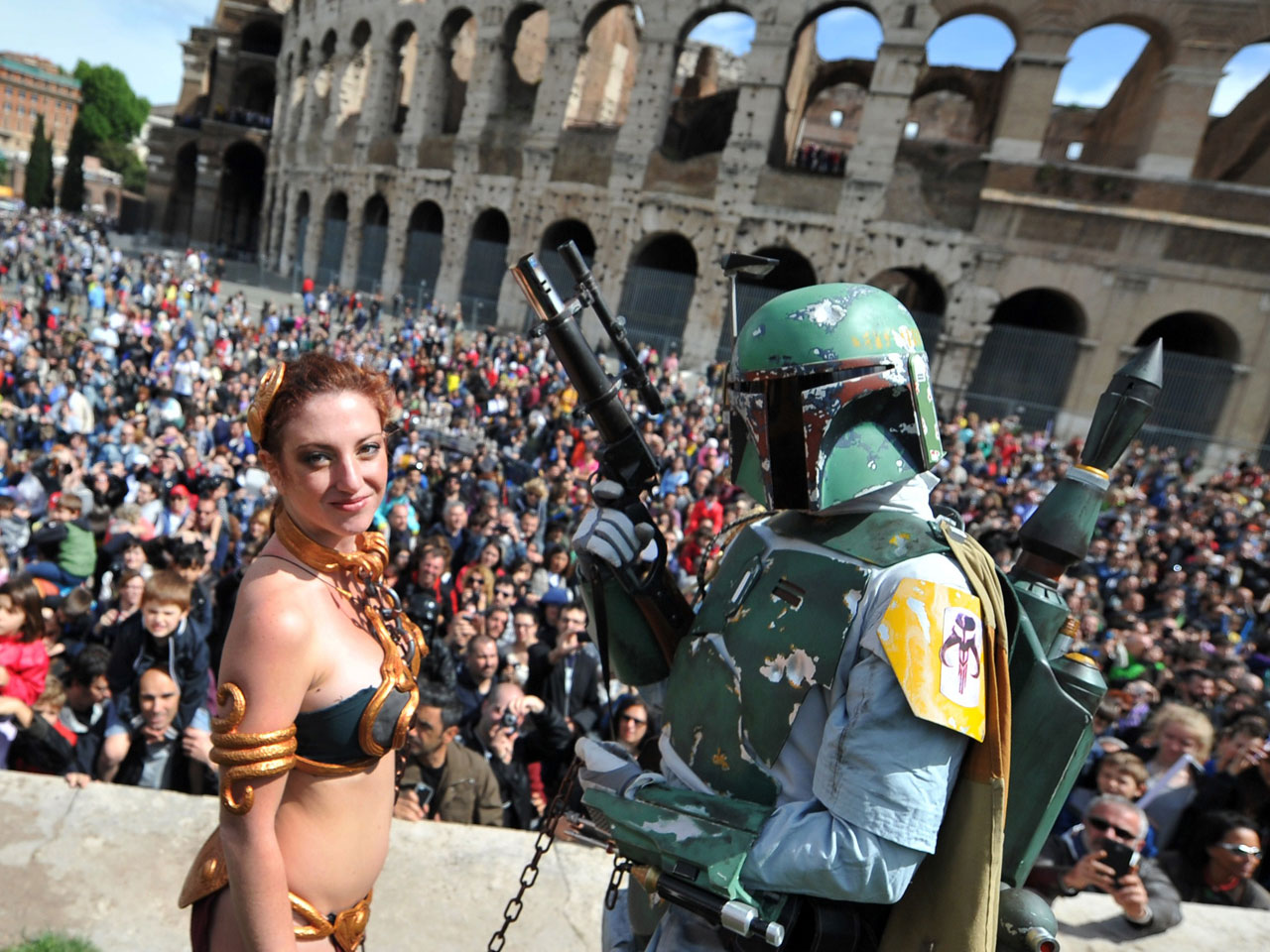 From Rome to Bangkok, a celebration of an iconic film franchise is ringing out Sunday: "May the Fourth be with you!"

Fans of the "Star Wars" saga have started taking every May 4th as the day to celebrate the epic intergalactic saga of good versus evil.

The hosts of starwars.com claim the tradition dates back to 1979. Author Alan Arnold wrote in a chronicle of the making of "The Empire Strikes Back": "Margaret Thatcher has won the election and become Britain's first woman prime minister. To celebrate their victory her party took a half page of advertising space in the London Evening News. This message, referring to the day of victory, was 'May the Fourth Be With You, Maggie. Congratulations,' further proof of the extent to which Star Wars has influenced us all."

The company that makes the movies, Lucasfilm, says they did not invent the holiday, but they have "fully embraced the spirit of fandom that makes the day so special."

So don't be surprised to see Princess Leia and Darth Vader walking down your street today.

Fans have been extra excited recently as the cast for the upcoming "Star Wars: Episode VII" was just announced. Mark Hamill, Carrie Fisher and Harrison Ford will be back as Luke Skywalker, Princess Leia and Han Solo.

The announcement also sent heretofore unknown actress Daisy Ridley to internet fame, as she will be joining a star-studded cast in the film.

The film franchise has also been in the news as the cities of San Francisco and Chicago are allegedly in a bit of a tussle to land a rumored "Star Wars" museum expected to be filled with creator George Lucas' collection of film-related art and memorabilia.

Lucas' wife, CBS News contributor Mellody Hobson, is from Chicago. Lucas himself was raised just outside of San Francisco in Modesto, and his sprawling Skywalker Ranch is located there.

Wherever it ends up, the Associated Press reports Lucas intends to invest up to $300 million of his money for the Lucas Cultural Arts Museum with another $400 million endowment upon his death