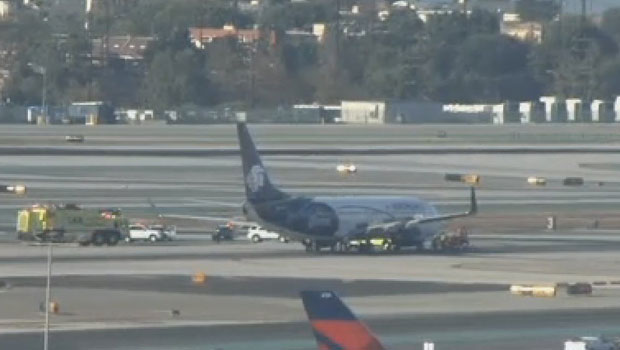 LOS ANGELES -- A Federal Aviation Administration spokesman says a Mexico City-bound Aeromexico jet hit its brakes after the left landing gear collapsed while it was preparing to depart from a runway at Los Angeles International Airport but no injuries were reported.

FAA spokesman Allen Kenitzer says the passengers aboard Aeromexico Flight 18 were taken off the plane on the runway and bussed to the terminal early Saturday.

"The gear collapse caused damage to the left-side wing and Runway 25 Right. The aircraft is currently disabled on the runway," Kenitzer said in a statement, CBS Los Angeles reports.

The runway was closed but no other flights were delayed in the three hours after the aborted takeoff, LAX officials said.

City News Service reported that there were 129 passengers aboard the newer-model Boeing 737 and they were taken off using stair trucks.

The passengers were rebooked on other flights.