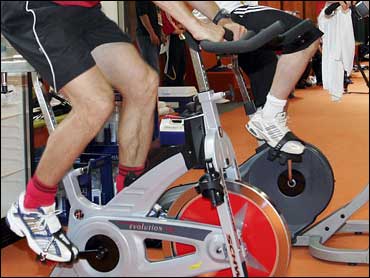 Healthy living may extend longevity, and scientists have new information about how that happens.

You probably already know that healthy habits like exercising and eating a nutritious diet are good for you. Reams of research point to the head-to toe benefits of a healthy lifestyle.

A new study, published in the July 20th edition of the journal Science, shows that a healthy lifestyle may extend longevity -- even when the body isn't in tip-top shape.

"It has less to do with how we look, and more to do with a healthy brain, especially in old age," says researcher Morris White, PhD, in a news release from Children's Hospital Boston.

White works at Children's Hospital Boston and Harvard Medical School. He and his colleagues studied longevity in mice, not people. But their study may have implications for people.

"Our findings put a mechanism behind what your mother told you when you were growing up -- eat a good diet and exercise," White says in a Howard Hughes Medical Institute news release.

The researchers focused on the Irs2 gene, which makes a protein that helps cells absorb insulin, a hormone that controls blood sugar.

The researchers monitored the mice's life span. With age, the mice gained weight, spent less time scampering around their cages, and became less sensitive to insulin.

Those changes happened for all of the mice, but the changes were particularly pronounced in the genetically engineered mice.

Even so, the genetically engineered mice lived up to 18% longer and were more active than the normal mice.

That may be because tweaking the Irs2 gene helped protect the brain from the ravages of insensitivity to insulin, the researchers suggest.

The study's take-home message isn't about tinkering with your genes.

Of course, people with impeccable health habits aren't exempt from illness, and nothing guarantees a long life. White's study doesn't delve into all the genetic and environmental factors that make for a long, healthy life.

But there's no reason not to go for your healthiest lifestyle. Need pointers? Your doctor can help you set and reach goals for healthy living. Be sure to check in with your doctor before starting a new exercise program.


By Miranda Hitti
Reviewed by Louise Chang
B)2005-2006 WebMD, Inc. All rights reserved