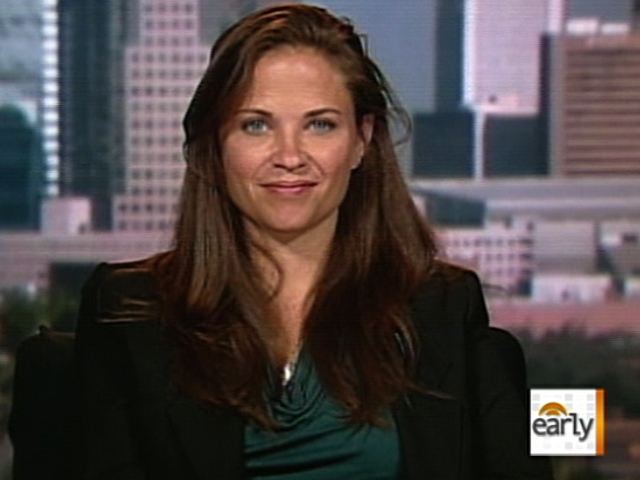 Erin Carr-Jordan is a mom on a mission.

Carr, a professor who specializes in child development and mother of four, from Chandler, Ariz., has been checking out the play areas in dozens of fast food restaurants in eleven states.

She said on "The Early Show" Monday that she found germs in those areas that could make your kids sick.

Special section: Eye on Parenting
Special Section: Back to School

Carr-Jordan said, "We found dirt and grime and rotting food and hair in clumps and swear words all over the place. Graffiti. Equipment in disrepair that is broken. Second-story windows that are busted out. Slides that have large gashes in them. You name it  -- if it's a thing you don't want your child being exposed to, we found it inside these play lands."

When the restaurants weren't making changes, Carr-Jordan said, she enlisted the help of a friend to test specimens collected from the play lands in a lab.

She said, "We found several strands of opportunistic pathogens, in other words, things that can cause infection or disease. We found stuff that causes meningitis, food-borne illness, skin, hair, eye infections  ... fecal contamination, coliforms, quite a few things can make children ill, and several of which are multi-drug resistant and potentially fatal."

In a statement to CBS News, McDonald's says, "We put our customers first, and are taking these concerns very seriously. We've spoken with Dr. Carr-Jordan and assigned a team to review the report findings and our own existing procedures. While we have stringent sanitizing procedures for weekly, daily and even spot cleaning, we're always looking for ways to improve our standards and how they are followed at each restaurant."

When asked about the statement, Carr-Jordan said, "I don't think it's an actual response. I think it's a statement, which really isn't the same thing, because they have taken no corrective changes. They haven't implemented any new policy. I'm aware of that statement. I have spoken with them and I keep saying to them, 'How is that reviewing process going and when do you plan on making actual policy actually changes?' And without their policy being translucent, we're not even sure what the policy actually is. I know it doesn't have any specific items related to disinfecting, and just to say you spot clean isn't enough, because it doesn't identify what that actually means. The results that I'm getting consistently, across the board, from McDonald's and from the other establishments that I've been to, indicate that they are not being cleaned. The levels are so high that that's not true. There is either no incentive for them to clean them or they are just not being cleaned."

Carr-Jordan said parents need to be aware of the problem.

"We have a presumption of safety, rather than risk," she said. "I think as soon as we have senators and representatives who start to sponsor (legislation), I think they will take it very, very seriously and,as soon as it hits their (fast food chains') pocketbook, they will take it more seriously, as well."

For more information about Carr-Jordan's cause, go to KidsPlaySafe on Facebook.