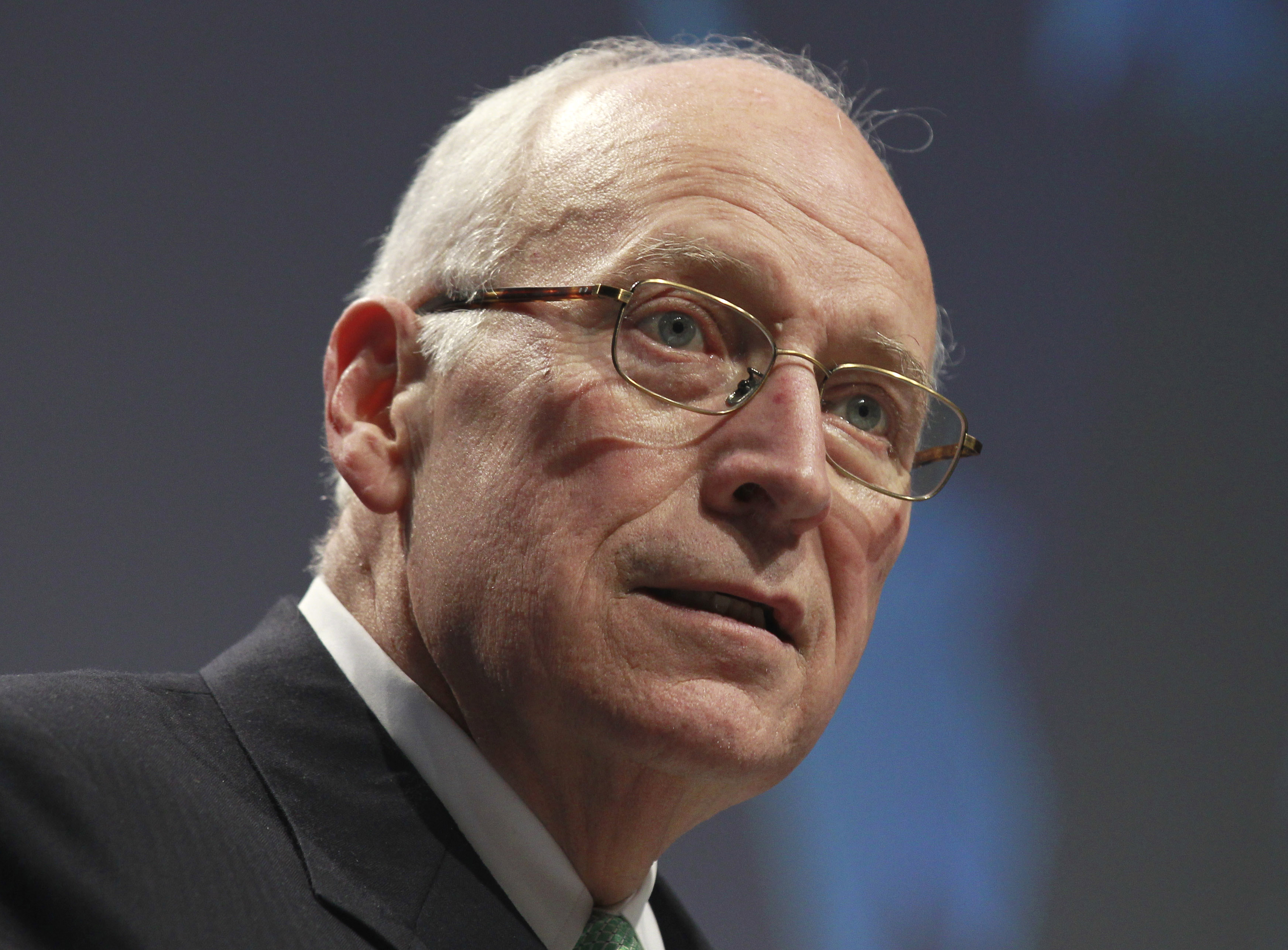 -1988: After a third heart attack, Cheney has quadruple bypass surgery in August to clear clogged arteries.

-November 2000: Cheney has what doctors called a "very slight" heart attack, his fourth. He has an angioplasty to open a clogged artery. After this heart attack, Cheney begins a daily 30-minute regimen on the treadmill and eating healthier. He takes medication to lower his cholesterol. He quit smoking in 1978.

-March 2001: Just over 100 days later, Cheney feels chest pains and has another angioplasty to reopen the same artery.

-June 2001: Cheney returns to the hospital and has a special pacemaker, an implantable cardioverter defibrillator, or ICD, inserted into his chest. During his 2004 annual checkup, doctors say the device never has activated automatically to regulate, which they say means the heart is functioning normally.

-November 2004: Cheney enters the hospital after complaining of shortness of breath. He leaves after three hours. An aide says tests find no abnormalities.

-September 2005: Cheney has surgery to repair an arterial aneurysm on the back of each knee.

-January 2006: Cheney experiences shortness of breath and goes to the hospital. The problem is attributed to fluid retention as a result of medication he was taking for a foot ailment. He is placed on a diuretic and released.

-July 2006: His annual physical shows the pacemaker is working properly and his overall heart condition. A stress test on a treadmill is scheduled for the fall.

-June 2007: His annual physical reveals no new blockages in his heart, but doctors say he needs a new battery for a special pacemaker he has in his chest.

-November 2007: Doctors administered an electrical shock to Cheney's heart and restored it to a normal rhythm during a 2 1/2 hour hospital visit. Cheney was discovered to have an irregular heartbeat when he was seen by doctors at the White House for a lingering cough from a cold. He remained at work throughout the day before going to the hospital. The irregular heartbeat was determined to be atrial fibrillation, an abnormal rhythm involving the upper chambers of the heart.

-July 12, 2008: Doctors reported that Cheney's heartbeat was normal for a 67-year-old man with a history of heart problems. At his annual checkup, he also had an electrocardiogram, a test that detects and records the electrical activity of the heart, and imaging of the stents placed in the arteries behind his knees in 2005. Doctors found that Cheney had not experienced any recurrence of atrial fibrillation and the special pacemaker had neither detected nor treated any arrhythmia, a problem with the heartbeat's speed or rhythm.

-July 28, 2007: He has surgery to replace an implanted device that monitors his heartbeat. Doctors replaced the defibrillator, a sealed unit that includes a battery. They did not replace the wiring attached to the defibrillator. The wires thread through Cheney's heart and replacing them would have required a much more extensive operation.

-July 2010, Cheney underwent surgery to install a small pump to help his heart work, as he entered a new phase of what he called "increasing congestive heart failure."

-March 2012, Cheney has a heart transplant and is recovering at a Virginia hospital. He had been waiting for a transplant for more than 20 months.