NEW YORK (CBSNewYork/AP) -- A World Health Organization official says there could be up to 10,000 new cases of Ebola per week within two months.

WHO Assistant Director-General Dr. Bruce Aylward said if the response to the Ebola crisis isn't stepped up within 60 days, "a lot more people will die'' and there will be a huge need on the ground to deal with the spiraling numbers of cases.

Aylward said for the last four weeks, there have been about 1,000 new cases per week, though that figure includes suspected, confirmed and probable cases. He said WHO is aiming to have 70 percent of cases isolated within two months to reverse the outbreak.

WHO increased its Ebola death toll tally to 4,447, nearly all of them in West Africa, and the group said the number of probable and suspected cases was 8,914. Sierra Leone, Guinea and Liberia have been hardest hit.

In the United States, the Centers for Disease Control and Prevention said it now plans to send rapid response teams to any hospital in the country that diagnoses another Ebola patient, CBS 2's Dana Tyler reported.

The move comes as federal health officials say they are ramping up training for medical workers who deal with the infected after a nurse in Dallas caught Ebola while treating a patient who traveled to the U.S. from Liberia.

Nurse Nina Pham was among about 70 staff members at Texas Health Presbyterian Hospital in Dallas who cared for Thomas Eric Duncan, according to medical records. 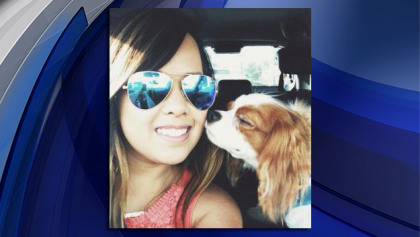 Pham and other health care workers wore protective gear, including gowns, gloves, masks and face shields and sometimes full-body suits when caring for Duncan, but Pham became the first person to contract the disease within the United States. Duncan died on Wednesday.

"I’m doing well and want to thank everyone for their kind wishes and prayers," Pham said Tuesday. "I am blessed by the support of family and friends and am blessed to be cared for by the best team of doctors and nurses in the world here at Texas Health Presbyterian Hospital Dallas."

Pham had been monitoring her own temperature and went to the hospital Friday night with a low fever. She was in isolation and in stable condition, health officials said.

She has since received a blood transfusion from Kent Brantly, a Texas doctor who survived Ebola, with the hope that it'll help her fight off the disease.

"The hearts and prayers of everyone at Texas Health Presbyterian Hospital Dallas are with Nina Pham, and we are working tirelessly to help her in this courageous fight," Texas Health Resources CEO Barclay Berdan said. "The doctors and nurses involved with her treatment remain hopeful, and we ask for the prayers of the entire country."

Pham’s dog, Bentley, has also been quarantined; workers took him in and fed him.

Since Pham tested positive for Ebola, public-health authorities have intensified their monitoring of other hospital workers who cared for Duncan.

CDC Director Dr. Tom Frieden said he would not be surprised if more fall ill because Ebola patients become more contagious as the disease progresses.

“We have to rethink the way we address Ebola infection, because even a single infection is unacceptable,” Friedan said.

Health officials have relied on a "self-monitoring'' system when it comes to U.S. health care workers who care for isolated Ebola patients. They expect workers to report any potential exposures to the virus and watch themselves for symptoms.

Frieden said the 48 people who Duncan came into contact with before his hospitalization have gone through 14 of the 21 days of risk without illness.

"While it wouldn't be impossible that some of them would develop the disease, they've now passed through the highest risk period," he said.

A 911 call made by the daughter of Duncan's girlfriend was released on Tuesday.

"My daddy is throwing up..and he's got a fever," the girl said.

Meanwhile, Facebook CEO Mark Zuckerberg and his wife, Priscilla Chan, are donating $25 million to the CDC Foundation to help address the Ebola epidemic.

The money will be used by the U.S. Centers for Disease Control and Prevention's Ebola response effort in Guinea, Liberia and Sierra Leone and elsewhere in the world where Ebola is a threat, the foundation said Tuesday.

"The Ebola epidemic is at a critical turning point," Zuckerberg said. "It has infected 8,400 people so far, but it is spreading very quickly and projections suggest it could infect 1 million people or more over the next several months if not addressed."

The grant follows a $9 million donation made by Microsoft co-founder Paul Allen last month. Zuckerberg and Chan are making the grant from their fund at the nonprofit Silicon Valley Community Foundation.

"We need to get Ebola under control in the near term so that it doesn't spread further and become a long-term global health crisis that we end up fighting for decades at large-scale, like HIV or polio," Zuckerberg said.