The Vampire Diaries' cast and crew headed to the San Diego Comic-Con last Saturday, July 20. Executive producers Julie Plec and Caroline Dries were joined by stars Nina Dobrev, Paul Wesley, Ian Somerhalder, Kat Graham and Candice Accola in the panel to talk about the upcoming season of the show. The panel was filled with screams, jokes and scoops about our favorite characters!

SPOILER ALERT! This post contains information about the fifth season of The Vampire Diaries. 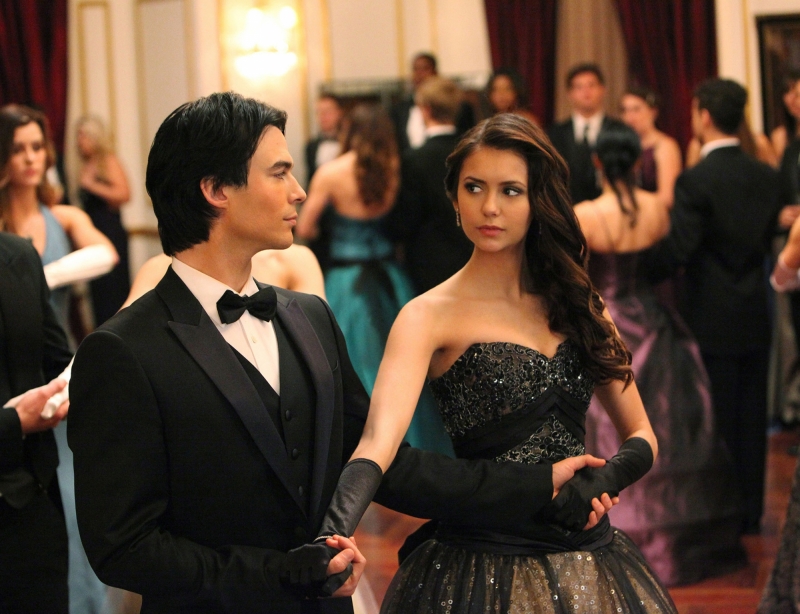 Damon and Elena will be in the honeymoon phase when the season starts. However, Julie Plec pointed out that there is no drama in conflict and that maybe she will let them be happy in season 17 of the show. Elena and Damon will be happy for a while, but there will be conflict happening around them, trying to keep them apart. Somerhalder was surprised when they told him that Damon finally gets the girl because that never happens for his character. Wesley was happy for Damon, but he was happier for himself because, although he loves working with Dobrev, he loves being evil more. 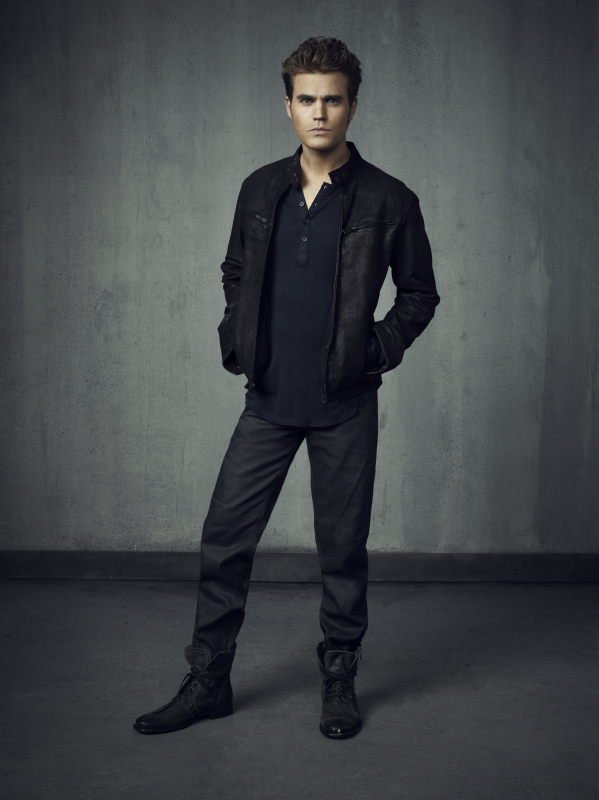 Silas should be worried about his bad guy crown because he might not keep it long. According to Julie Plec, Silas might not be the only bad guy this season. The big, bad guys always launches the season, but they usually get vanquished or a bigger bad guy comes along to take their place. When asked if her would remain the bad guy, Paul Wesley said, "What! This is unbelievable, just when you think you're at the top of the food chain." They also announced that we will know more about the character of Silas. We will learn what happened to him and why he is the way he is. 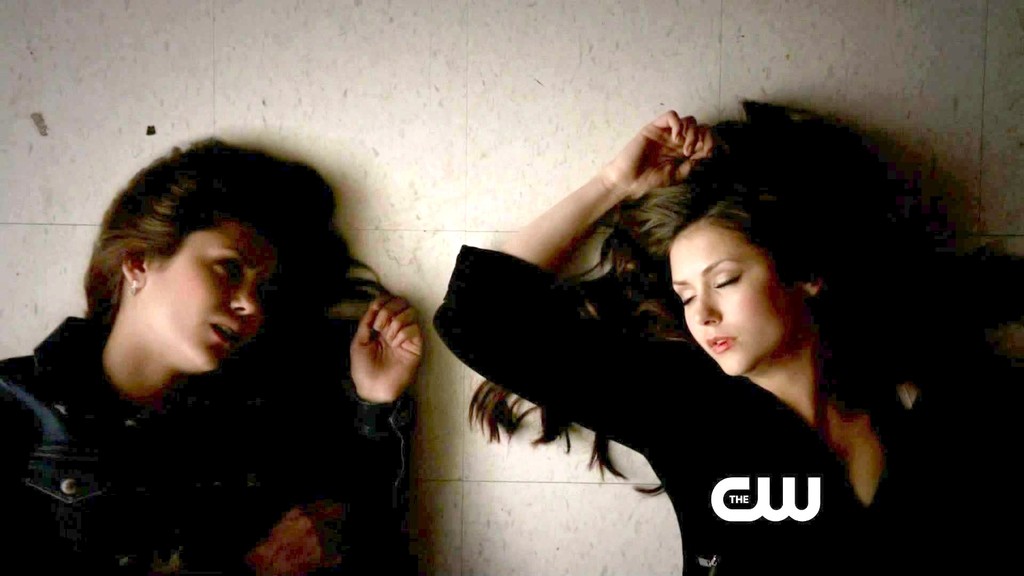 They talked about how Katherine will deal with her life now that she is not a vampire. Katherine will be lost because she is so used to hiding behind her vampirism. She hasn't been a human for over 500 years and she is going to have to learn how to live like one all over again. They gave us the scoop on an episode where Katherine will get sick and she doesn't know how to handle it. Dobrev joked about Katherine having a breakdown because she won't be able to compel people to give her free clothes. She won't have anything to wear! 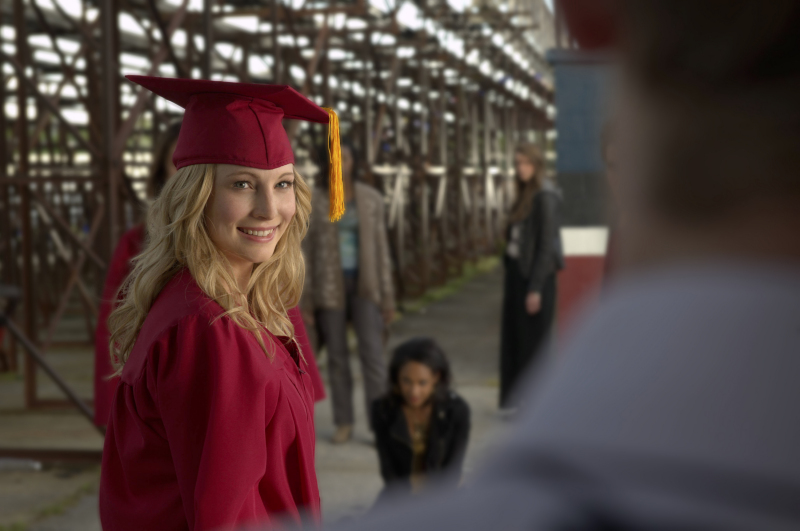 Our favorite vampires are heading to college next season. Paul Wesley wonders "Why are we pursuing higher education? We're all murderers. We can steal whatever we want." Dobrev wants to know how they got into college, but Plec has all the answers! They are vampires, they compelled themselves into college and if they can go, why not? Candice Accola says that Caroline is trying to bring Tyler to college so they can finally be together, but she also said that they will meet new people at college (to learn more about these new characters, click here). 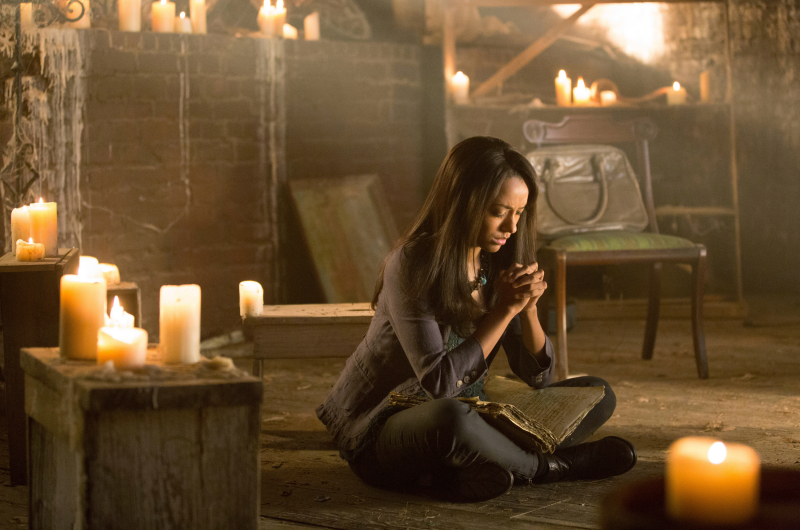 Bonnie will begin to understand that in the process of helping her friends, she took it too far and lost her life. She will be dealing with the grief that comes attached to that. She will also have a stronger bond with Jeremy because he is the only one she can communicate with. Caroline Dries said that in the next season, we will have a perspective of the other side and we will get to see how Bonnie sees the events through her side. Also, Plec announced what Jeremy's cover story will be: "He faked his own death, burned his house and ran away from home." Also, they gave a little scoop about Jeremy and Damon living together now that Elena is at college. 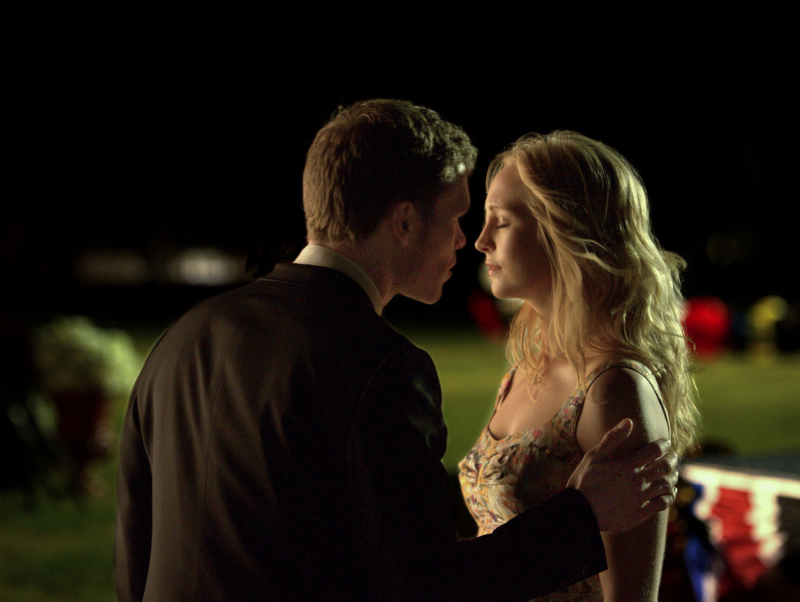 With Klaus going to The Originals, one of the questions brought up is: Are we ever going to see Klaus in Mystic Falls again and what will happen between him and Caroline? Julie Plec said to never say never, but for now Klaus has a lot to deal with in New Orleans so he will stay there. But she added that the question viewers should be asking is: "Will Caroline have her hands full in New Orleans at any point?" So apparently, we will see Caroline pop up in The Originals at one point this season!

The panel ended with the cast and Julie Plec interacting with their audience and answering their questions. I can't wait until October 10 for the premiere of the new season of The Vampire Diaries. It cannot come soon enough!

All Photos are property of The CW.