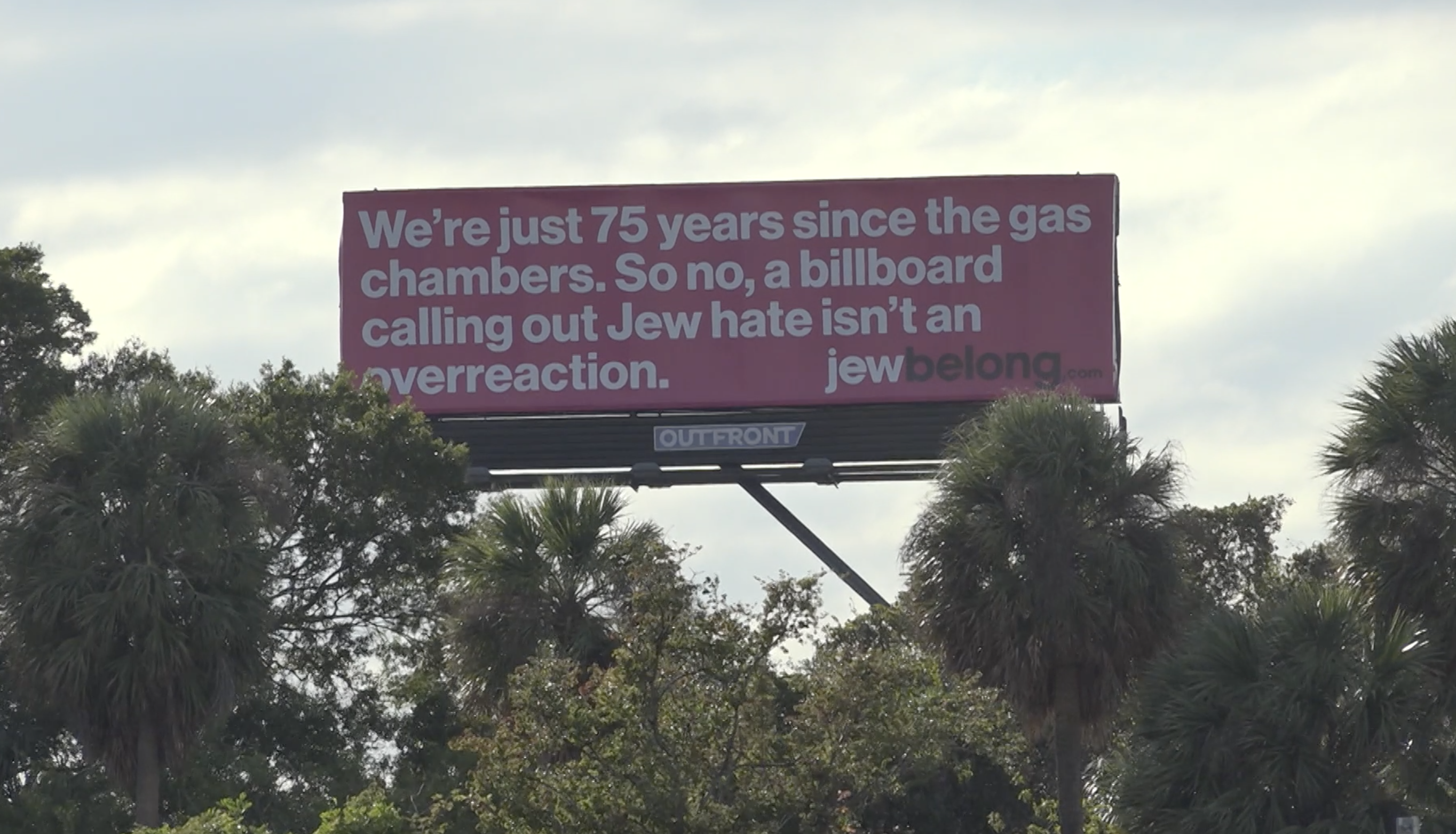 TAMPA, Fla. (Tampa Bay Now) - An organization is putting up billboards across the Tampa Bay Area to combat antisemitism.

The organization called JewBelong wants residents to become aware of the rise of Jewish hate over the last year.

"It's dangerous, it's getting worse, and it is making both jewish people and non-Jewish people very concerned and they should be concerned," said Archie Gottesman with JewBelong.

Archie Gottesman says there's been an increase in anti-semitism in the Tampa Bay Area recently.

"There have been flyers both in the St. Petersburg area and in Tampa, that land on people's lawns with all sorts of hate against Jews and it's awful," said Gottesman.

That's why her organization is putting up billboards across the Tampa Bay Area to bring the issue to light.

"One of them says 'it's been 75 years since the gas chambers, so no, a billboard calling out antisemitism is not an overreaction.' and the other one says 'can a billboard end antisemitism? No, but you're not a billboard,'" said Gottesman.

She says the goal is awareness.

"Because unless you know something is bad, it's hard to stand up against it," said Gottesman.

"Having more noise surrounding this is going to create that action. People need to be educated, people need to learn this is a real problem," said Michael Igel with the Florida Holocaust Museum.

He supports the billboard movement and says there are other ways to help.

"Educational materials in schools, it's speaking out, it's teaching people how to speak out, young and old. It's our corporate programming. We work a lot with companies," said Igel.

He hopes when people see the signs, they will decide to help defend the Jewish community.

"This is not just a Jew problem. This is a problem for all of us," said Igel.