The CW Network announced its future plans for their upcoming programs in The Television Critics Association Summer Press Tour Tuesday (July 30th) morning. They announced the possibility of another DC comics hero getting its own series at The CW. Yes that's right! Flash is the next Superhero that might get its own show. 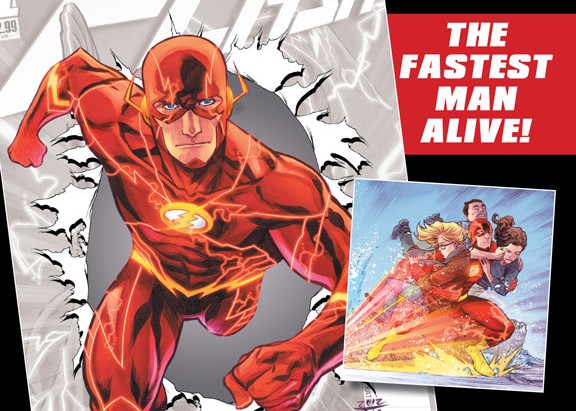 Following our spin-off patterns with The Originals and Supernatural (go here to learn more!) Flash will be a spin-off of our CW show Arrow. CW Network boss Mark Pedowitz said on the Press Tour "We plan to introduce… the origin story of Dr. Barry Allen  (one of Flash's multiple alter egos across DC world) during Season 2 of Arrow." He also noted that since it will be an origin story and given Arrow's no superhero with powers rule, Barry Allen may not come in with superpowers when he is introduced in the show.

Are you excited about the possibility of a Flash show? Who do you think should play Flash?

All photos are property of DCComics.com