Game 2 of the World Series is in the books, and it looks like we might have a close matchup after all. After getting blown out by the Red Sox in the opener, the Cardinals took Thursday’s contest thanks to young pitching, timely hitting and poor Boston fielding. Here are five things you didn’t know about the game.

1. With his victory in Game 2, Cardinals rookie Michael Wacha became the first player born in the 1990s to win a World Series game. The 22-year-old right-hander has allowed just three runs on 11 hits over 27 postseason innings, going 4-0 with a 1.00 ERA and 28 strikeouts. He is the 17th pitcher in baseball history to win four games in one postseason and the first since teammate Chris Carpenter did so in 2011. 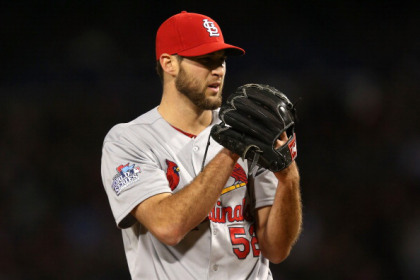 Before surrendering a one-out homer to David Ortiz in the sixth inning, Wacha set a rookie record by tossing 19 straight shutout innings in the playoffs. That mark also tied him with St. Louis legend Bob Gibson for the most consecutive scoreless postseason innings in Cardinals history.

Wacha is only the fourth pitcher in Major League history to allow one or zero runs over his first 25 postseason innings. The other three are all Hall-of-Famers: Don Sutton, Christy Mathewson and Babe Ruth.

2. Wacha’s situation must have seemed all too familiar to Red Sox starter John Lackey, who won a World Series title as a rookie starter for the Anaheim Angels in 2002. Lackey had not pitched in the World Series since then, going 11 years between starts in the Fall Classic. Only four other pitchers have gone that long in between World Series starts: Pete Alexander (11 years), Roger Clemens (13), Steve Carlton (13) and Dennis Martinez (16).

Though Lackey took the loss after giving up three runs in 6 1/3 innings, his effort marked the 14th time in 15 starts that he surrendered four runs or fewer in a postseason start. Among American League pitchers, only Andy Pettitte has put together more such starts (16).

3. With home runs in Game 1 and 2, David Ortiz became the third player in Red Sox history to go deep in consecutive World Series games. The longball was Ortiz’s fifth of the playoffs, matching a Red Sox record held by Todd Walker (2003) and Ortiz himself (2004). The 37-year-old slugger has now recorded 17 career homers in the postseason, tying him with Jim Thome for seventh-most all-time.

Unfortunately for Ortiz, his efforts were for naught, as he lost for the first time in a World Series game. 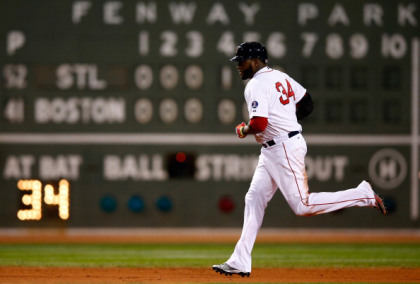 4. The Cardinals’ victory marked their first World Series win at Fenway Park since Game 7 of the 1967 Fall Classic. Meanwhile, the Red Sox’s four hits were their fewest in a World Series game since they were held to three in that that same Game 7. Bob Gibson was dominant for the Cardinals in that contest, striking out 10 while giving up two runs in a complete-game victory. His catcher was Tim McCarver, who provided color commentary for Thursday’s game.

5. This year is the 56th in which the World Series has been tied at 1-1. Unsurprisingly, the statistics say that it’s pretty much a tossup at this point: The victor in Game 2 has gone on to win everything 29 times, or 52.7 percent of the time. The Cardinals have been in 13 of those World Series, winning 11 of them, while the Red Sox have gone 4-for-8 in such series. The outcome of Saturday’s game will be crucial, as the winner of Game 3 in a 1-1 World Series has taken home the championship 37 times (67.3 percent).