In recent years, third base has become arguably the deepest position in fantasy baseball, especially in terms of power. If you’re looking for 25- or 30-homer potential, third base is the position for you. We’ve got All-Stars, we’ve got future Hall of Famers – heck, we’ve even got a Triple Crown winner.

The challenge with third base isn’t finding a good option; it’s finding the right one. Here are my top 12 third basemen for 2014 – in the order in which I would draft them.

Cabrera is expected to move back to first base this year but enters the season fantasy-eligible only at third. Regardless of where he fields ground balls, however, he remains the most complete hitter in the game. Cabrera won the Triple Crown in 2012 and almost did so again in 2013 – despite battling a core injury in the second half of the season. He is, at worst, the second overall pick.

Beltre turns 35 in April but shows no signs of slowing down. He’s hit 30+ homers in each of the last three seasons and has batted .315+ in three of the last four. He does everything except steal bases – and he’s worthy of a second-round pick.

Wright missed some time due to injury last season but still finished with 18 home runs and 17 steals – not to mention a .307 average. The Mets’ lineup should also be much improved with the additions of Chris Young and Curtis Granderson, which means Wright won’t have to carry the offense again. 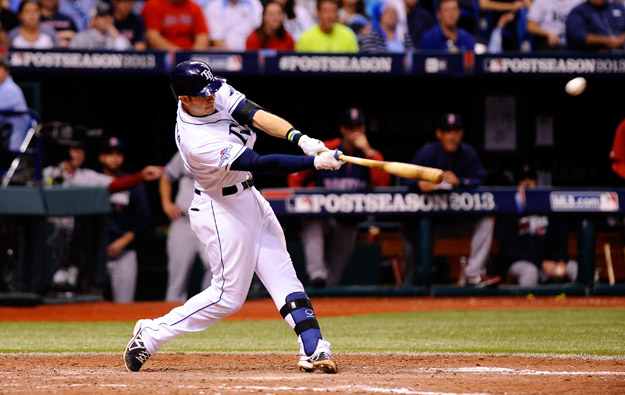 So that’s what happens when Evan Longoria stays healthy for a full season: He hits 32 home runs. If the guy stays healthy, he’s a legit 30-homer, 100-RBI candidate.

Zimmerman is one of the most consistent players in fantasy (that’s right; not just at third base, but in fantasy). He’s hit 25+ home runs in four of the last five seasons, during which he’s never hit below .275. He’s not a threat on the bases – the six steals he had last year were his most since 2006, when he had 11 – but he’s a virtual lock for 80+ runs. There’s a lot to like here.

Ranked seventh among second basemen, Carpenter was a run-scoring machine last year – he led the majors with 126 – and hit .318 with double-digit homers and 78 RBIs. The runs will undoubtedly regress, but Carpenter remains a solid fantasy option, in part because of his positional eligibility. 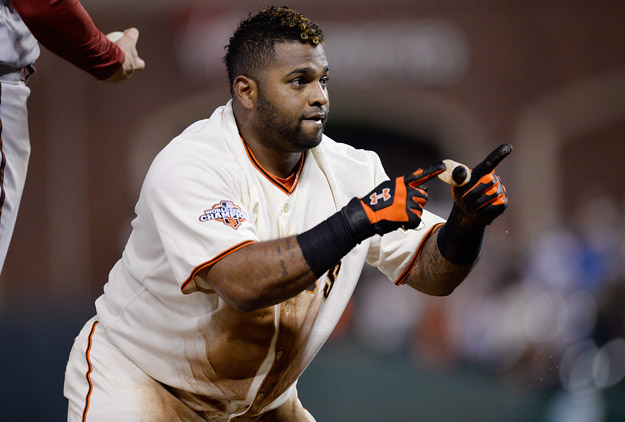 Alvarez is becoming Adam Dunn-like with his power stroke – not to mention his contact rate. Over the last two years, Alvarez has jacked 66 homers – including a career-high 36 a season ago – but he’s also hit just .238. As I mentioned in my first base and shortstop rankings, power is at a premium these days. I’m not saying you have to draft Alvarez, Mark Trumbo and J.J. Hardy – in fact, don’t – but if you’re splitting hairs between two players, go with the power guy. Chicks still dig the long ball.

If not for the fact that he’s coming off knee surgery, Machado would be ranked higher on this list – much higher. Why? Because he’s the best 22-and-under position player in baseball not named Mike Trout or Bryce Harper. In his first full season in the bigs, Machado, only 21, hit .283 with 14 homers, 71 RBIs and 88 runs scored. This probably goes without saying, but if you’re in a dynasty league or keeper league, Machado should be one of the first third basemen off the board. Looking at this year specifically, expect a slow April (and maybe even May), but don’t be surprised if Machado catches fire as the summer heats up. 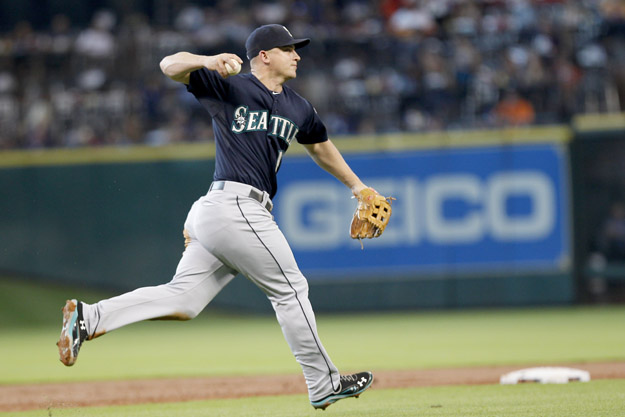 Seager, 26, has delivered back-to-back 20-homer seasons – despite playing half of his games at Safeco Field – and has stolen 22 bases over the last two years. The only thing holding him back is his average (.259 in 2012, .260 in 2013). Look for marginal improvement in that department.

Donaldson, 28, had a remarkable first season in the bigs last year, hitting .301 with 24 homers, 93 RBIs and 89 runs. I’m not saying he can’t do it again, but I want to see him do it again before I place him ahead of some of the tried-and-true alternatives out there.

Ranked tenth among second basemen, Prado, who is also eligible in the outfield, makes this list because of his durability, versatility and across-the-board production. He’s a low-risk option who helps everywhere and hurts nowhere.

The point is, there’s no excuse to not own at least one quality third baseman in 2014. Don’t be that guy.