OCTOBER 31st, 2014 (ST.PETE,FLORIDA)- After years of failed attempts, a group of slightly crazed scientists gathered together in a last stitch effort to bring their vision to life. Their tireless endeavor finally paid off. The cloning of Dr. Paul Bearer II is a success. 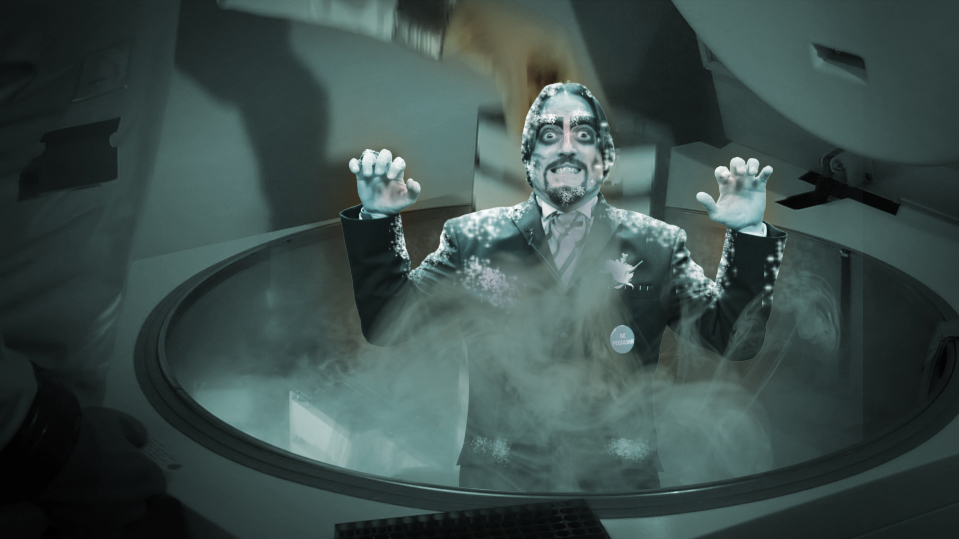 The cloning was no easy feat. Sources say that a greasy hair belonging to TV star Dr. Paul Bearer was found inside a nearly decayed script from a 1975 episode of Creature Feature airing on WTOG. Mad scientists extracted DNA from the hair and began the cloning process. On Halloween of 2014, they announced that they successfully cloned a fully developed adult male known as Dr. Paul Bearer II. Watch the video below for more details about the cloning.

Dr. Paul Bearer, the original, was known as a pun-spewing, bad-joke-telling host who spoke in a gravelly voice. His usual attire was a long-tailed, vintage tuxedo. His hair was parted down the middle and slicked at the sides. His skewed gaze still haunts the memories of St. Petersburg citizens.

Sources say that Dr. Paul Bearer II bares an uncanny resemblance to his predecessor. He is scheduled to appear on CW44 on November 2nd from 12pm-6pm as he presents a new Creature Feature entitled, "Pirates of the Scaribbean."