After the uptempo pop fun of "Good Girl," the first single from her 2012 album Blown Away, Carrie Underwood chose a song of a different color for her next one. And by different color we mean something much murkier--the dark and stormy title track, "Blown Away."

Earning two GRAMMY Award nominations this year for Best Country Solo Performance and Best Country Song, "Blown Away" was written by Chris Tompkins and Josh Kear. They are the same duo who penned Carrie's 2008 GRAMMY-winning smash "Before He Cheats." And as the two songwriters told Radio.com, they didn't necessarily set out to write something this dark--much less a song that involved storm cellars, "tear-soaked whiskey memor[ies]," and "sweet revenge."

In fact, things started rather simply--as many songwriter sessions often do. "We began to build drums and the string parts that drive the intro and verse," Chris tells Radio.com. After that, the lyrics just started "leaking out." 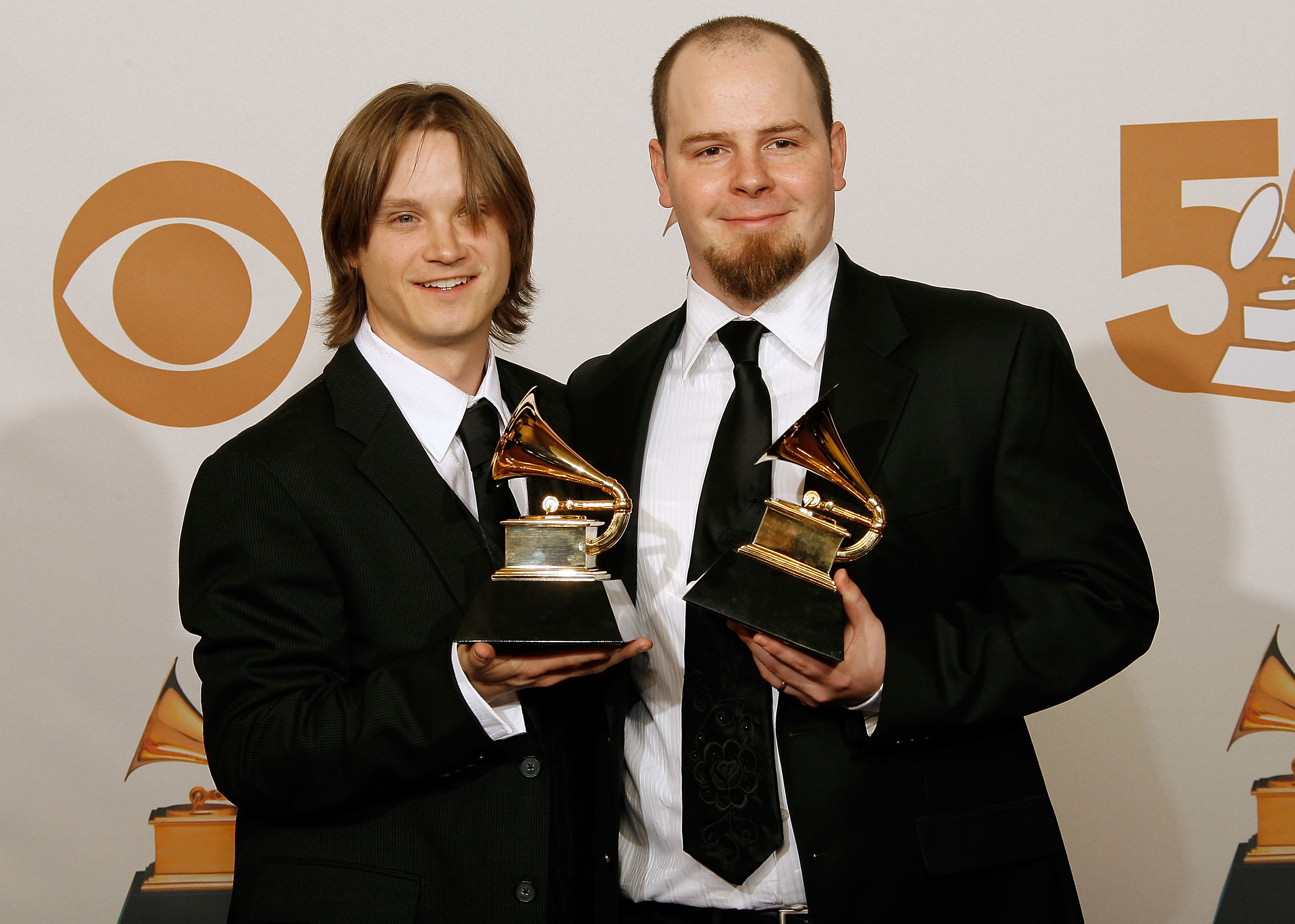 "We were searching for a highly dramatic story song," says Josh. "We started with strings and a four-on-the-floor kick drum, still with no idea what the song would be about. At one point Chris decided he wanted to mess around with sound effects and almost instantly landed on these samples of storm sounds."

Sound effects, says Josh, "in general are not something we would dream of putting into songs, so it was a completely random tangent that ended up leading us somewhere interesting. The opening lyric was just something that seemed to match the intensity of the track, an eerie sense of foreboding."

"We talked about the urgency and mood of the music," says Chris, "and came up with lightning and thunder."

And things only got darker from there, as the lyrics turned toward revenge.

"It developed into that when we got the 'daddy was a mean old mister, momma was an angel in the ground' lines," Josh explains. "It wasn't our goal or intent, it just made sense once we had those lines."

As Chris tells it, the moment he and Josh knew they "had something" was when they "landed on the pre-chorus ('not enough rain in Oklahoma'). At that point it started to become a Carrie Underwood song."

Josh concurs. "We knew if we stuck with that lyric ["Oklahoma"--which is Carrie's home state] it was Carrie's song or maybe no one would ever record it." A risky move, perhaps, but as he says, sometimes you hit a point where there is no turning back. "We loved the lines, and our goal had been to create something for Carrie in the first place." So at that point, for the two writers, "It wasn't that difficult a choice to say, 'let's just go for it. It feels right.'"

"When Josh and I write," says Chris, "we're always trying to get to the bottom of [things]--we want to know why the character is telling us this, how she feels." So in the case of "Blown Away," "we wanted to dig up as much drama as we could."

Josh offers no 'secret' as to where these ideas and images come from. "You just have to free your mind to go wherever it goes and trust that it will lead you somewhere interesting."

In addition to the lyrics, the melody and overall sound of the song also stand out as something fresh and very different.

As Chris explains, this was their attempt at "melodic pop" that was "unique" yet still "country." And on top of that, "if you combine a minor chord with a keyboard storm effect, something's definitely going down."

So between "Before He Cheats" and "Blown Away" -- not to mention her current single "Two Black Cadillacs" -- do the two songwriters thing Carrie has a (not-so-) secret dark streak?

Neither one will cop to that, but as Chris says, "she certainly pulls it off well." And, he adds, "I believe, with all of my heart, that before [Carrie's character in 'Blown Away'] went into the storm cellar, she destroyed her dad's 'pretty little souped up four wheel drive,'" referring to a lyric from "Before He Cheats."