Picking the Major League Baseball All-Star Game rosters is an inexact science, of course. Every summer, there is always controversy about the voting process and the reserve selections, not to mention the pitching staffs and the starting pitcher himself. And because of the "every team has to have a player on the All-Star roster" rule, sometimes the players who get chosen aren't even the most valuable players on their own team.

So let's take a peek at the 2014 mid-year MVPs for each American League team. We've picked one position player and one pitcher from each team, the guys who would be on the All-Star team in a perfect world.

Follow all the news from the 2014 MLB All-Star Game.

Designated hitter Nelson Cruz has 28 home runs and 73 RBIs right now, in just 88 games. That's a full season for many. Even though these numbers should be looked at with a grain of salt — Cruz was suspended by MLB last year for his involvement with the Biogenesis scandal — Cruz has carried the Orioles offense in the absence of Chris Davis' 2013-level production. He also has surpassed his own numbers from last year (in 109 games). On the mound, new closer Zach Britton has stepped in for Tommy Hunter nicely, saving 14 games so far for first-place Baltimore. If anyone says they thought the Orioles would be in first place in the AL East right now, they're probably lying.

The defending champs are struggling, buried in fifth place in the AL East. Who saw that coming after the 2013 championship? Sure, designated hitter David Ortiz gets all of the press, but so far, it's been utility player Brock Holt (.311 average in 228 at-bats) acting as the glue for this lineup. He's played five different positions so far, but mostly, Holt has solidified the left side of the infield since rookie Xander Bogaerts and veteran Will Middlebrooks have been relatively ineffective. For the pitching staff, veteran ace Jon Lester has been so good (9-7, 2.73 ERA, 122 Ks in 122 IP) for this bad team that he may get traded since, at this point, Boston should rebuild for 2015 and beyond. 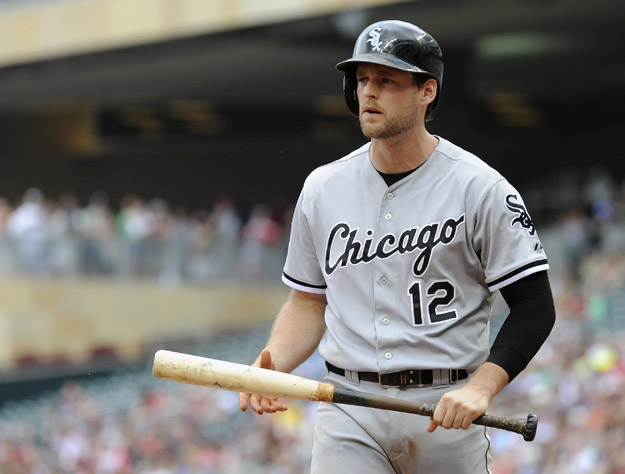 Jose Abreu has been as good as advertised for the South Side Sox, but third baseman Conor Gillaspie (.310 average in 239 at-bats) has surprised with his steady plate presence in 2014. He's not supplying a lot of power with just one home run so far, but he doesn't need to with Abreu, Adam Dunn and Dayan Viciedo in the lineup. Toeing the rubber as the best left-handed starter in the AL, Chris Sale is 8-1 with a 2.16 ERA. He has 96 Ks in just 87.1 innings. He missed some time due to injury, but when he's healthy, there's no one better in the White Sox pitching corps.

The Tribe has taken a step back from its surprise 2013 playoff run. But don't blame outfielder Michael Brantley — he's on pace for a 20-20 season, and he's hitting for average. His .323 average, 13 home runs, 57 RBIs and 10 stolen bases are MVP-level production. At age 27, he's in his prime. For the pitching staff, it's been new closer Cody Allen standing out. Cleveland isn't competing for the postseason this year, but Allen is going to give them every chance. He's posted 47 Ks in just 37.2 IP, and opponents are hitting just .206 against him in 2014.

First baseman Miguel Cabrera isn't going to win the Triple Crown this year, and designated hitter Victor Martinez is hitting well. But it's another Martinez who is really making the Detroit lineup tougher: outfielder J.D. Martinez (.323, 12 HR, 38 RBI). If the Tigers are going to finally win the World Series this year, they'll need a balanced offensive lineup, and J.D. could be the answer. On the mound, would anyone have believed Justin Verlander has been the worst Detroit starter this year? It's true. Rick Porcello's peripherals aren't stellar, but he's winning games (11-5, 3.53 ERA) and taking names in 2014. Without him, Detroit would be fighting for its AL Central life right now. 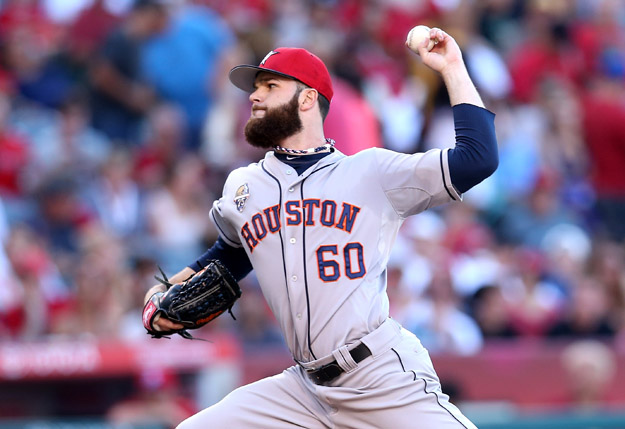 The team's second season in the AL West isn't going any better than its first, but second baseman Jose Altuve is the team's best player at age 24. His .338 average and 39 stolen bases are stellar right now. Starter Dallas Keuchel (8-5, 3.06 ERA) is anchoring the staff for the fifth-place team in the division. It's hard when two of the teams ahead of you are also the two best teams in the Majors, but the Astros remain semi-competitive because of these two guys.

Almost every position player on this team is underperforming in 2014, but catcher Salvador Perez earned his All-Star nod for both his bat and his defensive prowess. He's ninth in the AL in WAR (3.2), and the next-best teammate is 30th (outfielder Lorenzo Cain). Perez does it all. In addition to his defense, his 10 home runs and .284 average are good production from the catcher slot. Standing tall in the ninth inning and keeping the Royals competitive in the AL Central for the second year in a row is closer Greg Holland. A team on the cusp like this needs a lights-out man at the back of the bullpen, and Holland is it with 23 saves, 50 Ks and a 1.93 ERA in 32.2 IP.

The team has rebounded from some very non-competitive seasons to be perhaps the second-best team in the league. Yes, Mike Trout is a baseball god, but he's not the reason they're back near the top of the AL West in 2014. First baseman Albert Pujols is having a good comeback season, after missing so much of last year with injury. His 19 home runs and 58 RBIs in 86 games are the reason the Angels are thriving again on offense. In the rotation, it's starter Garrett Richards (10-2, 2.71) making a huge impact on the Angels' fortunes. By far, he's been the ace of a staff that includes Jered Weaver and C.J. Wilson. 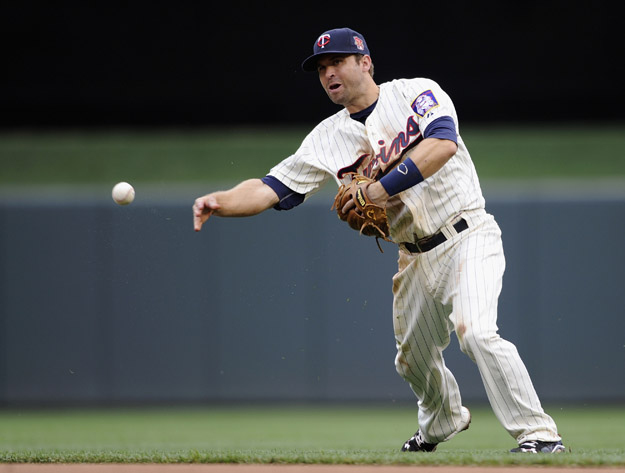 Second baseman Brian Dozier could post a 30-30 year for the last-place Twins, this year's All-Star Game host. His batting average isn't stellar (.234), but Dozier has drawn 51 walks so far to truly be the kind of middle infielder every team wishes they had in their lineup. Sadly, for Minnesota, there's not much else in their lineup in 2014. Starter Phil Hughes (8-5, 3.95) is the only member of the Twins rotation with a winning record, which means he could be traded soon. If so, Minnesota will miss the 94 Ks in 109.1 IP from Hughes this season.

These are not your father's Yankees, but even so, they do have some star power. It just doesn't shine as brightly as you might remember. Outfielder Brett Gardner (.289, 8 HR, 35 RBI, 15 SB) has been huge for the Bronx Bombers, and he's not a household name like some of the other guys on this roster. But Gardner's been the brightest spot in the lineup. On the mound, the spotlight is all on Masahiro Tanaka. He's been outstanding, with a 12-3 record and a 2.27 ERA so far. He's been worth every penny the Yankees spent to get him.

They have six All-Stars to lead the majors (seven if you include newly acquired Jeff Samardzija), so how do you pick MVPs for this team? They get contributions from everyone on the roster, every week. But the team is 27-5 when outfielder Coco Crisp scores a run, and he really sets the tone for the team. His .291 average, seven home runs, 30 RBIs and 15 stolen bases help plenty on a team full of talent. From the bullpen, new closer Sean Doolittle plugged the early-season leaks nicely, and he's posting Eckersley-like numbers: 60 Ks and 2 BBs in 42.1 innings. 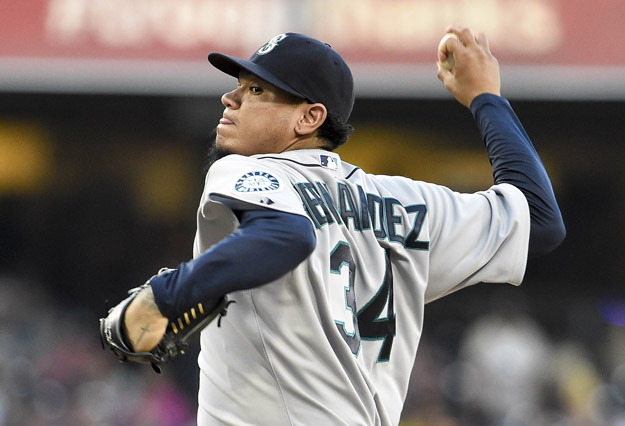 They signed Robinson Cano for this exact reason — to contend. And the Mariners are currently in line for a wild-card spot. Cano isn't putting up crazy numbers, but his impact goes beyond the stat line (.320, 6 HR, 51 RBI). He's leading this team to heights they haven't seen in years, and helping him lead is starter Felix Hernandez. The king is in the middle of perhaps his best season ever, at age 28. It's hard to believe he's been around almost 10 seasons already, but the 10-2 record and 2.11 ERA don't lie. He's bringing it, every time out.

After several seasons of competing, the Rays are experiencing a bit of a letdown this year. There's blame to spread everywhere. They're trying to get back into the AL East race now, thanks to outfielder Kevin Kiermaier. Sure, he's only had 140 at-bats in 2014, but his seven home runs and 17 RBIs seem to have all come in the last few weeks as the Rays make a run before the All-Star Game. Meanwhile, starter David Price (8-7, 3.48) may get traded, but his 159 Ks in only 139.2 innings are leaving lasting imprints everywhere in MLB.

Those two trips to the World Series a few years ago seem like a distant memory now as the Rangers are in fourth place in the tough AL West, thanks to a boatload of injuries. Third baseman Adrian Beltre hasn't noticed, though. He's hitting .334 with 12 home runs and 48 RBIs. You'd think it was his contract year or something. For the pitching staff, Yu Darvish has been his same old self for Texas with 8-4, 2.63 ERA and 134 Ks in only 109.1 innings. He's whirling like he always does.

Our north-of-the-border friends have hit a rough patch, but they're still very much in the playoff hunt thanks to third baseman Juan Francisco. Filling in for the injured Brett Lawrie, he's been a worthy addition to a power-laden lineup, stroking 14 home runs and 33 RBIs in only 190 at-bats. If first baseman Edwin Encarnacion has to miss a lot of time with his current injury, Francisco will have to keep it up for the Blue Jays to make the postseason for the first time since winning the Series in 1993. Southpaw Mark Buehrle will need to duplicate his first half (10-6, 2.60 ERA) as well, because the rest of the rotation is scuffling.

Sam McPherson is a freelance writer covering all things Oakland A's. His work can be found on Examiner.com.