Can you imagine 50 Cent playing football? We all know how great baseball turned out for him. What about Pharrell Williams or Jason Aldean? They might be athletic as artists go. But on third and eight, backed up on my team's own 15 yard line, with 80,000 fans screaming, I'd still rather have RG3 under center.

Musicians and their record companies are paid to record music, not score touchdowns. And for good reason.

Likewise, football players and teams are better -- much better -- on the gridiron than in the studio. Still they insist on putting out theme songs, season after season. Lucky for you, I'm better at poking fun at things than either making music or playing football.

Here are some of the more questionable NFL team theme songs through the ages.

Nothing says football dominance like a bouncing disco baseline, tasteful horn accents and intimidating lyrics such as:

We're going to dazzle you with our play

The time has come

You know we're shooting for number one

That's some serious trash-talking right there. In the team's defense, the song was recorded in 1979 in the waning days of disco. But the song endured for the next decade and returned again in 2002. I wonder if Don Coryell or Marty Schottenheimer had this song piped into their locker rooms for inspiration. I'm going to go ahead and guess they didn't. 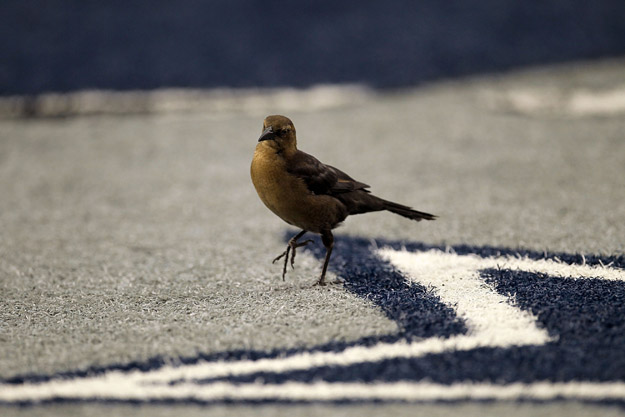 The apex of suckitude has to be when Country artists go full-on Disco. There's plenty of great Country music out there, Disco music too. (Stop judging me. I can feel you judging me.) Never the two shall meet.

But sucking is something the Cowboys do well, why shouldn't that extend to their theme songs too?

And so it does. Singer Charlie Pride had many fine moments; this isn't one of them. When a song about a team's football prowess references its (admittedly fine) cheerleaders, perhaps it's time to step back and reexamine the whole theme song initiative.

Most rap songs of the 1980s sound a little stilted and formulaic these days. That's just where the genre was in its development at the time. But guess what happens when you swap out The Fat Boys for William "The Refrigerator" Perry.

Actually, you don't have to guess. If you were alive in the mid-'80s, you know. This "song" came out during the 1985 season, three months before the team was assured of making the Super Bowl, or even the playoffs. It peaked at 41 on the Billboard charts, and the video found its way to MTV.

The 1985 Bears definitely had chutzpah. What they didn't have was musical talent or dancing ability, or a producer to tell them that a novelty rap song should never be seven minutes long. Every single player on the team doesn't need another 15 seconds of fame.

I have nothing to say

No one knows who I am

Because I never play

However, I'm all for adding a human beatbox, or maybe just a recording of The Fridge tackling the Endless Farmhouse Lunch buffet at Bob Evans. 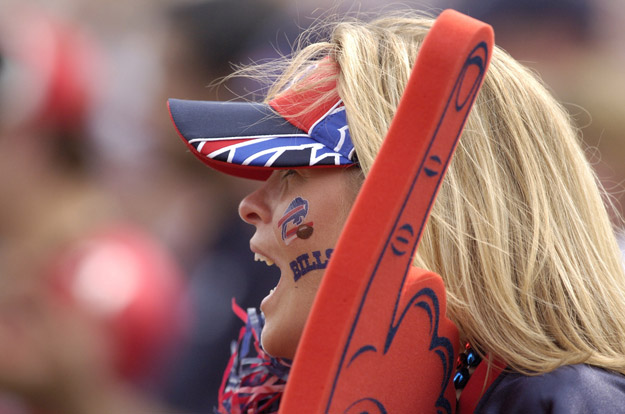 The Buffalo Bills definitely make their fans want to shout... and curse, cry, throw things and laugh maniacally at the futility of it all. But this song -- like the original and the Animal House version -- focuses on the shouting part. At least until they get to the "the Bills are happening now" part. Pay close attention, because it's right back to the shouting after that.

Any success in Buffalo is definitely fleeting, so the song is accurate in that regard. Listenable... not so much.

While most team theme songs are terrible, at least they're unique to their teams. Not so fast there, sports fans. As it turns out, the same song -- with slight lyric changes -- has worked overtime. Notice any difference between these two?