Every NFL team has a chance. That's why they say, "any given Sunday, or Thursday, or Monday, or Saturday, if it's late in the season." (We really need a pithier cliché.)

The thing is, every team really doesn't have a chance. Some teams are obviously terrible. We know they're terrible. They weren't very good last season, and nothing meaningful happened to change that. Or maybe they were okay last season, but all the players that made them okay have since moved on. Either way, they're terrible now. They may still steal a few wins along the way. But come December, they'll be playing for pride and draft picks.

Here are five NFL teams that are basically already out of contention for the 2014 season.

Ah, Buffalo. You almost have to feel bad for them. The team hasn't made the playoffs this century, yet the fans want it so bad they can taste it. And every year they're just not even close. Quarterback EJ Manuel may take a step forward in his sophomore season. But now he has to rely on Sammy Watkins, a rookie receiver (albeit a promising one), and Mike Williams, a Tampa transplant looking to put a disappointing 2013 behind him. The ground game is solid, but without a passing threat, teams can key on C.J. Spiller and Fred Jackson out of the backfield. Basically Manuel has to produce, but he's just not there yet. 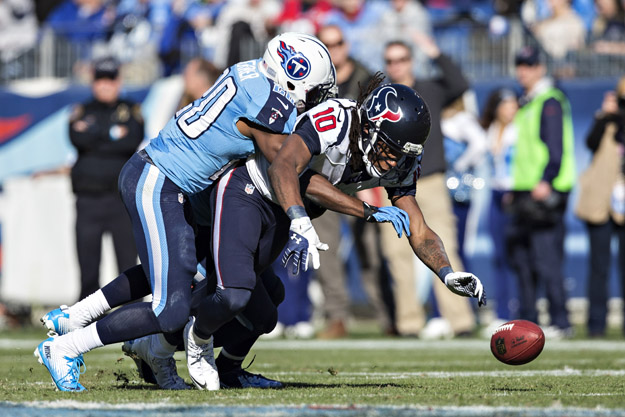 What better way to turn your team into a playoff contender than to bring in Ryan Fitzpatrick? Okay, there are a lot of better ways. The defense will be stout with Jadeveon Clowney joining J.J. Watt and Brian Cushing. But they'll need their offense to put up some points. And that's not going to happen with mostly average talent learning a new system. Arian Foster, or course, is a stud. And a happy Andre Johnson would produce if he got the ball. But he'll probably just be a locker room distraction (if he's there at all), especially once Fitzpatrick starts throwing the ball to opposing defenders. 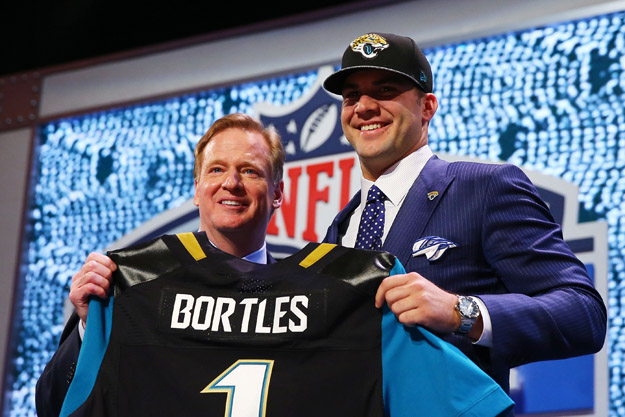 They got their man. And quarterback Blake Bortles, third pick in the draft, should be raring to go... come 2015. He may play in 2014 too, especially if (when?) projected starter Chad Henne can't produce, but don't expect miracles. Even the best quarterbacks need a supporting cast, which just doesn't exist in Jacksonville. Running back Maurice Jones-Drew is gone, replaced by Toby Gerhart. Wide receiver Justin Blackmon is out for the season, leaving Cecil Shorts and a couple of rookies. (Geez, I just fell asleep typing that last sentence.) With this cast, would it really matter if Bortles or Henne were under center? The defense will be better this season, though they could hardly be worse. 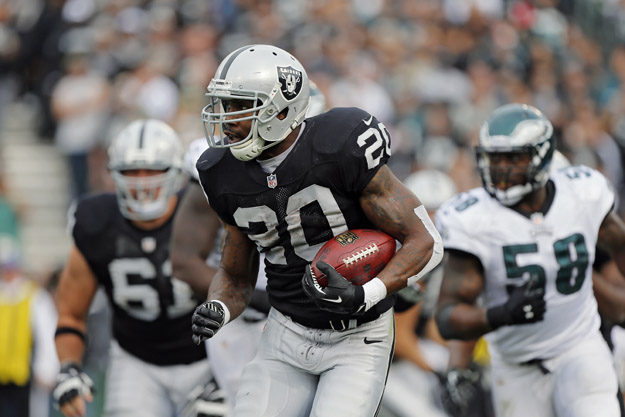 The Texans dumped Matt Schaub for Ryan Fitzpatrick. So, of course, the Oakland Raiders saw an opportunity to, um, get better? It wouldn't be an offseason if the Raiders didn't do something confusing. They could also go with rookie Derek Carr, which wouldn't be an upgrade. The rest of the roster is improved, with free agents and rookies offering upgrades at many positions. Running back Maurice Jones-Drew will push the oft-injured Darren McFadden. Lineman Justin Tuck and LeMarr Woodley will bolster a weak defensive front. Linebacker Khalil Mack will be a force behind them. But many, many questions remain, like: just how will all this fit together? The Raiders may have turned the corner from last season's disaster, but only just barely. There's a lot of sorting out to do. 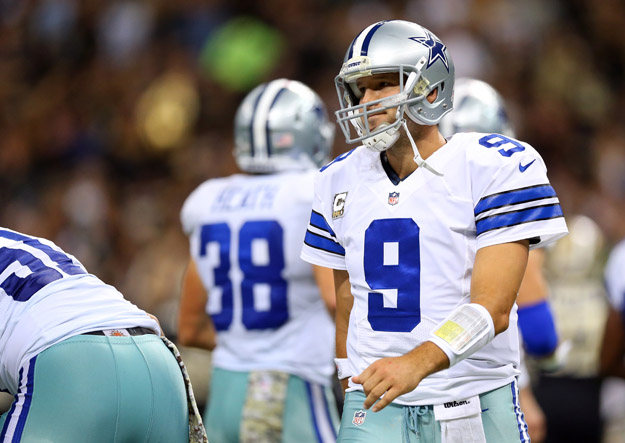 The Dallas Cowboys could put a third grader under center and surround him with a bunch of farm animals, and they'd still be projected to go 9-7 with a shot at the NFC East title. They're a little better than that, at least on offense. The Cowboys success this season rests on Tony Romo's back. He's recovering from his second back surgery in as many years, and will be limited in training camp. How will he fare come opening day? The Cowboys offense is stacked -- Dez Bryant, DeMarco Murray, Jason Witten -- but it won't much matter if Brandon Weeden's getting them the ball. The defense was terrible last season, and only got worse. Jason Hatcher is now a Redskin, and DeMarcus Ware a Bronco. Defensive motor Sean Lee will be a spectator as he recovers from a torn ACL.