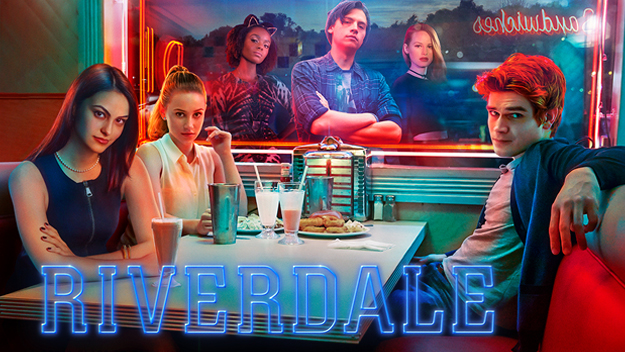 In a show that features retro diners and modern smart phones, one can become confused about when everything is taking place. So which time period are Archie and the gang in? In a recent AMA (Ask Me Anything) on Reddit, Riverdale star Cole Sprouse took a moment to explain.

Sprouse, who plays Jughead Jones on the show, responded to one user's frantic question:

So when is this all happening? Here's how he responded:

The writers and set designers were very intentional about the change-up in past and modern décor. Which may make sense when you consider it's a modern day show based on comics that started in the 1940s. The mesh works well, giving an unusual and stark setting for the characters.  Riverdale isn't the first cinema piece to use this technique either. The critically acclaimed 2015 horror film It Follows also intentionally draws from different ages of time. Sprouse has confirmed that the film was used as an "abstract" for the show. The film utilizes a very 1960s feel, but with things like smart phones, a mix of 2010-era cars, and vintage cars without a scratch. The intention, according to the film's writer/director David Robert Mitchell, is to make the viewer subconsciously feel uneasy and transport them into a dream state. Perhaps this is what the designers of Riverdale are trying to achieve considering the story is partly a murder mystery.

The show may be trying to parallel the comic as well. Reddit user Phantisma points out that "the story is meant to have an anachronistic feel by design. The comics carried this idea too with some elements of the world aging and others not."

While we may not know the exact time period of the show, one thing is for sure: it works. The series' modern music, old time buildings and cars, range of clothes and more all create an aesthetic that compliments the intriguing narrative. With the CW having already approved a second season, be sure to keep an eye on the new (and old!) set pieces surrounding the cloud of mystery in Riverdale.