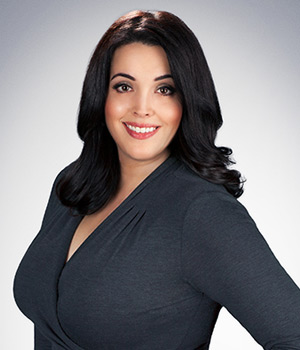 Andria Borba joined KPIX 5 in October 2013. Born in Modesto, raised in the Central Valley city of Gustine, Andria has a large extended family that stretches from Tomales Bay to the Monterey Bay and all over the San Francisco Bay Area.

Andria's last stop before KPIX 5 was KTXL-TV in Sacramento. There she covered stories from the state capitol to the hunt for remains of the so-called "Speed Freak Killers" in San Joaquin County. She's also worked at WVEC-TV in Norfolk, Virginia and spent months covering the Michael Vick dog fighting case and countless military stories. Andria began her career at KRCR-TV in Redding. The day she interviewed in Redding was the day a Red Bluff police officer was shot and killed, a case she followed through to the convict's sentencing to San Quentin's death row.

Andria is a graduate of California State University, Long Beach. When not chasing down stories, she enjoys a good book and hanging out with friends and family.