SAN JOSE (KPIX) -- A woman died and two men were injured after a suspected drunk driver plowed his truck into the outdoor patio of Agave Sports Bar & Grill Friday night, according to San Jose police and witnesses.

The woman who died has not yet been identified. 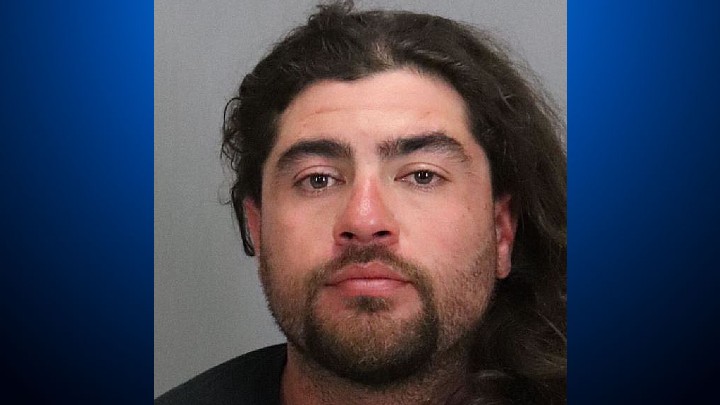 According to police, officers responded to calls of a vehicle careening into the outside dining area of the sports bar and grill located at 544 Alma Avenue at around 9 p.m.

Investigators said Moreno was sitting in a parked white 2017 Chevrolet Silverado truck when he accidentally placed the vehicle in reverse and proceeded to backup at a high rate of speed.

He struck three restaurant patrons -- one adult female and two adult males -- that were sitting in the outdoor dining area.

All three were transported to a local hospital where the female victim succumbed to her injuries. The two men suffered non-life-threatening injuries. A woman who was a passenger in the truck was uninjured.

"I saw two injured people and, frankly, they looked pretty bad," said eyewitness Susan Lizarazo. "One woman looked far worse than the others. It was really, really bad."

Lizarazo says she was saved by an alert friend.

"I'm so grateful that my friend grabbed and pulled me away because the pickup truck was coming in my direction," Susan Lizarazo told KPIX. "I was panicking and in shock and I still feel that way at this moment."

Anyone with information on the crash is urged to contact Detective O'Brien #3527 of the San José Police Department's Traffic Investigations Unit at 408-277-4654.