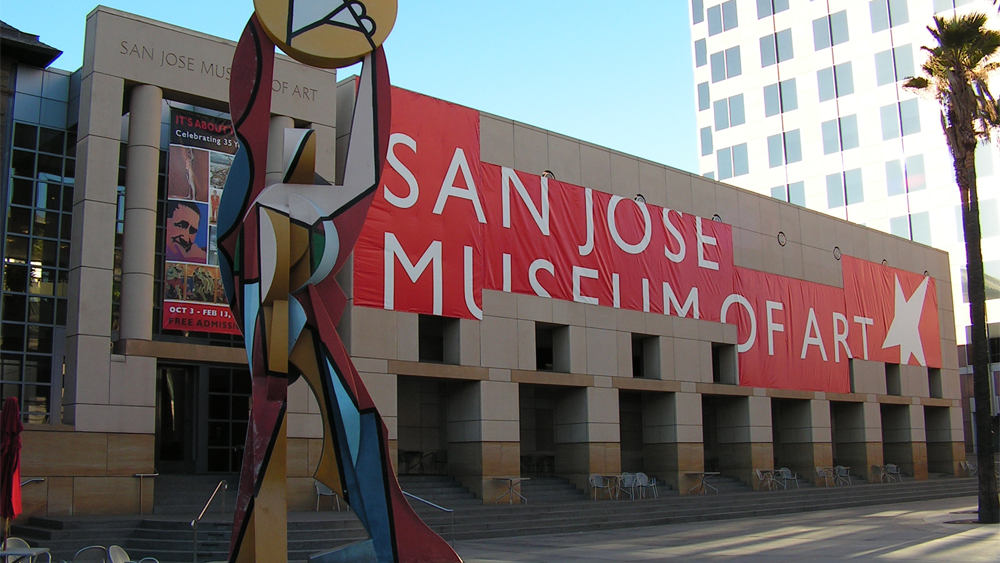 Perhaps there are two kinds of people in the world: talented people who can create great art and those who cannot, but can certainly appreciate it. The South Bay is home to a good number of cultural attractions, always staging special exhibitions. Browse this list of the latest exhibits to see what catches your eye.

"Art is the greatest teacher" is the advice attributed to Emily Fisher Landau, who fashioned one of the finest post-war 20th century American art collections. "Legacy" is on view through September 14, 2014, featuring works by Jasper Johns, Willem de Kooning, Barbara Kruger, Jenny Holzer, Ed Ruscha and Andy Warhol. Curated by New York City's Whitney Museum of American Art where the collection is promised, the 70 works by 38 artists shine a light on our recent American journey.

The post-war American artists theme continues at the Cantor. On loan from the San Francisco Museum of Modern Art through October 2015 is "Pop Art from the Anderson Collection" featuring 10 works by Andy Warhol, Jasper John, Claes Oldenburg, Jim Dine, Roy Lichtenstein, Robert Rauschenberg and James Rosenquist. Also on view from September 10, 2014 through January 5, 2015, "Robert Frank in America" features 131 photographs dating from the mid-1950s. The museum and Rodin Sculpture Garden are free of charge as are frequent docent tours of the permanent collection.

Vintage toys and Pez as art..why not? The Americana theme continues with a baby boomer icon. Here's everything you could ever want to know about the perky candy dispensers that have featured 900 characters since 1950. See the Guinness Book of Records-designated world's largest Pez dispenser, the gallery of banned toys and the collection of classic toys. New in 2015 is a showplace of 1,200 Lego characters. This museum has been featured by AAA, nationally syndicated morning television shows, the Discovery Channel, Sunset and Time magazine, among other media outlets.

Your visit is best, naturally, with one or more children in tow. Seeking to inspire "creativity, curiosity, and lifelong learning" in children, this downtown San Jose spot is a firm favorite among parents, teachers and the kids, of course. Through September 14, 2014, "River of Words" is in its 20th year, displaying art works on the theme of our natural world by those up to age 19 from Afghanistan to Zimbabwe and everywhere in between. This program, in cooperation with the Library of Congress, is the world's largest such project.

Right down the street from the Museum of Pez in Burlingame, visitors can shift from a look at yesterday to a look at tomorrow. The Peninsula Museum of Art is about "showcasing trailblazing regional artists." Through September 7, 2014, two exhibits are on display: "Emergence," a collage by Gerry Anne Lenhart, and "Paintings" by Tom Schultz. Admission is free to the museum in its new home since March of 2013.

Related: Best Volunteer Opportunities For Art Lovers On The Peninsula