ROSEVILLE (CBS13) — We've seen a lot of confrontations involving masks, including verbal fights, physical altercations and even coughing fits. But this one might top it all when a regular day at work turned into quite a show at the Verizon store off Galleria Boulevard in Roseville.

In a 911 call, you hear a dispatch operator tell an officer three people are "refusing to leave, not wearing a mask... they've asked several times and she refuses."

About three minutes later, the operator tells the officer, "They're calling back and advising that that female is pulling down her pants and is now urinating inside the business."

Roseville Police got to the scene and confirmed the incident to CBS13. Spokesperson Rob Baquera says officers arrested the woman after finding 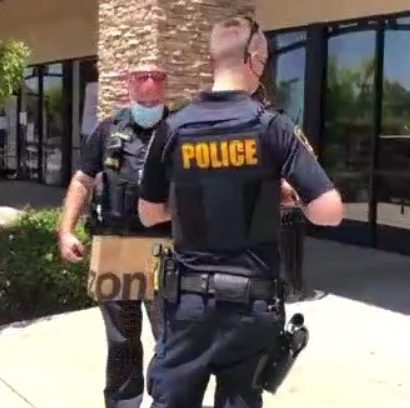 several stolen items from a nearby Dick's Sporting Goods store in her vehicle.

"I don't really have much to say except that's probably not the right way to react to it. Simply wear the mask or leave I guess," said Kelly Berger.

"I'm very disappointed that we as a society choose to have this unity and let the virus divide us," said Davidson.

Verizon spokesperson Heidi Flato says the company is requiring all customers to wear masks in their stores. Flato told CBS13 the incident wasn't just about the company's mask policy but wouldn't comment further about what happened.