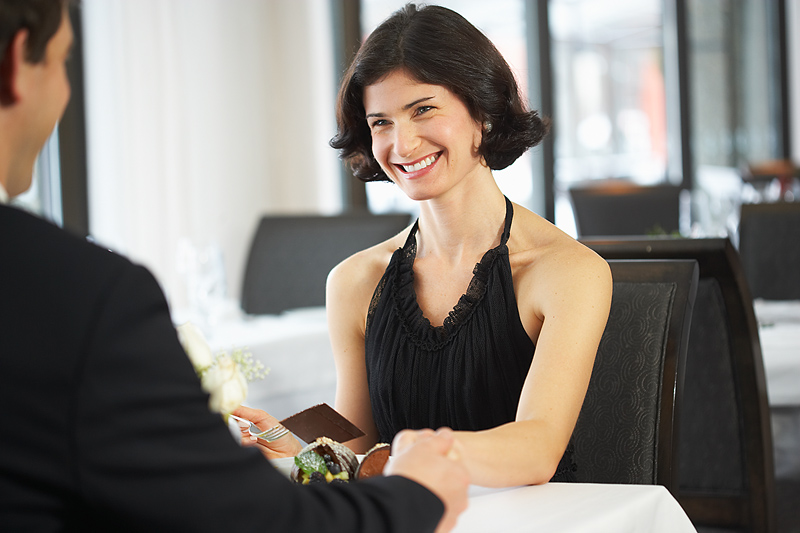 In a city where so many are looking for romance, there's no doubt that online dating is a viable player in the game of love.  As a 2010 study revealed, 1 in 5 couples now meet on an online dating site - and busy New Yorkers are no exception. But in order to find the best potential dates in the least amount of time, it's crucial to know how to best dive into the online dating pool. Do it right, and you'll pity those forced to pick potential mates from random parties, boozy bars or their friends often misguided matchmaking efforts.

Online dating can expand your dating options to include smart, talented, and attractive people that you otherwise might never have the chance to meet. For time-strapped New Yorkers, the goal is to spend less time online, meet high-quality, interesting people, and learn how to spot a potential bad date in the time it takes to click 'delete'. The first step is to create a profile that accurately reflects who you are and what you're looking for.

DON'T rely on clichés Before you write, "I love to laugh", ask yourself, does anybody really detest laughing? Perhaps the most unnecessary and overused trope in dating profiles is any version of the "I'm just as comfortable in flip flops/jeans/ a dive bar as I am in a ball gown/tuxedo/at the opera.  Now, if you were only comfortable at the opera, or in flip flops, that would be an odd quirk worth mentioning in your profile. Do you "listen to NPR and read the NY Times"? Great, but so do a zillion other profiles. Why not confess that you also DVR Celebrity Rehab? It will make you seem less like a cardboard cutout.

Are you looking for your "partner in crime"? Yawn. Are you a well-educated, family-oriented professional who wants a similar mate? Put that in your profile and cash-strapped, Peter Pan types are less likely to distract you. If you want to meet local, vegan-friendly, creative types who don't punch a clock, say so, and you probably won't hear from that accountant in Toledo. Not everyone knows exactly what they're looking for, but if you take the time to figure it out and then spell it out, your profile will act as a beacon to potential dates that are likely to appreciate fabulous you and also have the qualities that you're looking for.

Professionally taken glamour shots that look like the airbrushed version of you, or that one great picture from ten years ago, do not belong on your dating profile. Sure, these types of pictures might get you a lot of interest, but wouldn't you rather have your date be pleasantly surprised when they meet you, rather than see a wave of disappointment cross their face? In this city, there are a lot of actors, comedians and other performers who should be forgiven for posting professional head shots. But for all the rest of us, it comes off as a bit cheesy. Instead of posting only that one 'magical' picture, pick several flattering, but realistic, recent pictures for your profile.

Yes, it does suck that some people don't want to date people due to their size, but posting only face shots is going to register as a red flag. Just because you might not fit the mold of generic "hotness" doesn't mean that there aren't men and women online who will find you attractive. Post clear, recent photos (including full body shots) and you can essentially weed out the people who won't appreciate you, and therefore aren't worth your energy, much less the time it takes to sit through an awkward date. Sure, the conventional hotties are going to get the most attention, but that's not necessarily a good thing (see below). Online it's about quality, not quantity.

DON'T register on too many sites at once

When every day brings a new onslaught of emails from hopeful dates, what's supposed to be a fun quest for romance can turn into a tiresome homework assignment.  Pick just one or two dating sites so that you don't get burned out and begin to find any excuse to "trash" potential dates just to lesson your workload. Another danger to over-indulging online is that you'll have email and phone conversations with so many people that you won't be able to keep their details straight. You'll call Andrew 'Jared' by mistake, or ask Angela what is was like growing up in Montana, when in fact, that was 'Chelsea'.

DO tell the truth

First off, no, 'everybody' doesn't do it, but if you're convinced that you must fudge your age in your searchable profile 'stats', then fess up in the body of your profile. At the very least, come clean about your age in the first email with a potential date. If you don't do this, then you are willfully misrepresenting yourself and will incur the wrath of bad online karma. If you are unwilling to accurately represent yourself online, then you should stick to the offline world. You're only setting yourself up for failure.

Unfortunately, there are people online that grossly misrepresent their looks, age, relationship goals, and even where they live (Connecticut is not Manhattan). Your intuition is the best tool you have to avoid these fraudsters. If you have a bad "gut feeling", don't engage them in conversation or go out on the date.

The two of you text and email each other all day and then talk on the phone every night. You're practically a couple already, but you haven't even met yet. When you finally do meet, you realize there's no chance for romance, but your date is still gaga. Now you have to 'break up' with them and they feel burned, or you could be the one getting dumped. Don't get invested at all before you meet in person and keep the phone calls and emails to a minimum.

Who to Avoid Online 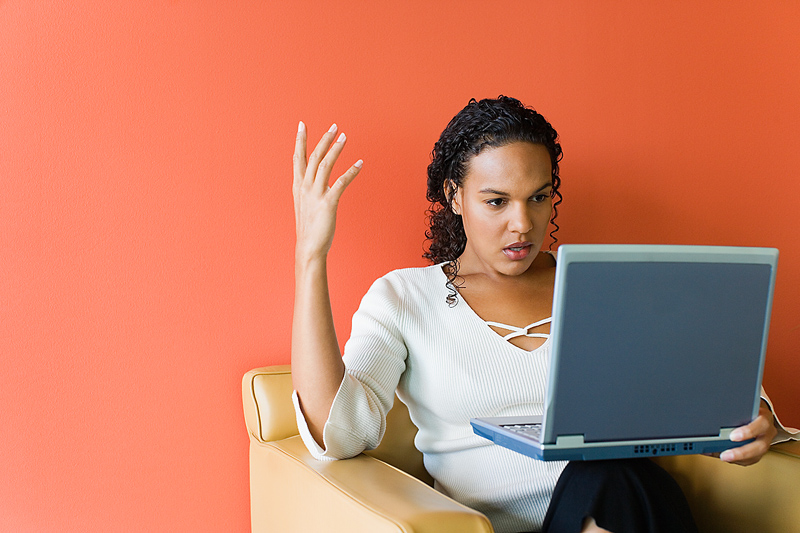 In his or her profile, Picky laments over how hard it is to find someone. Although well into their 30s, and having dated scores of people, Picky has never, not once, found someone that they could "give their hearts to." Picky appeals directly to your ego by sending you emails stating that you seem different, somehow better, than everyone else on the site, which Picky dismisses as somehow lacking. But chances are, Picky has been online for years, dated and rejected scores of great women/men, and never taken his or her profile offline. If you do go on a date, expect Picky to initially be charming and complimentary. But beware, it won't be long before Picky blindsides you with "joking" or "well-meaning" critiques of your personality, looks and intelligence. You'll never be good enough for Picky.

The Spammer: broken down by gender

His studiously generic emails usually begin along these lines: 'I enjoyed reading your profile! Just had to tell you that I think you're very attractive, and I think we have a lot of things in common. I'd really like to get you to know you better." A rookie might think he seems sincere. But read his email a little closer, and you'll discover there's not one specific reference to anything in your profile. Mr. Cut & Paste is also known for ignoring (because he hasn't read) any of your height, age and location requirements. Another trademark is his tendency to repeat information easily located on his profile "I'm a 5' 11", 31 year old, single male with green eyes" etc.. Basically, he's filling space with as many words as he can in order to appear as if he's read your profile and put thought into his email. In reality, he only looks at profile pictures, and any woman he finds "doable," he spams.

She Scams, She Scams

The female spammer is a potentially dangerous, and possibly not even female, con artist that every guy should be aware of. One man I know confessed that he received up to 10 emails from suspected Spammers a week on Match.com, a mainstream, popular site that you have to pay a monthly fee for. These are the equivalent of Nigerian emails scams, but instead of winning $20,000,000 dollars thanks to a deceased, god-fearing Nigerian prince, the prize is the attentions of an attractive young woman.

The spammer has some telltale profile characteristics. Her age doesn't seem to match up to her photo; she often looks younger than her expressed age. She usually has only one posted photo which looks overly posed and somehow unnatural. Although she claims to live in New York City in her profile stats, the body of her profile is devoid of any mention of her neighborhood or any of the usual New York-isms.  After receiving a suspicious 'wink' or email, a good rule of thumb is to immediately ask "Where do you live in town?" The spammer, unable to answer this question, will then typically reply that they are actually in Ghana, Columbia, or some other distant land, perhaps "caring for her sick mother" or some other sob story which eventually ends with pleas for money or your personal information.

Unfortunately, the DIT is a common species on online dating sites. The DIT may claim that that they're divorced in their profile stats, but in reality they are recently separated and in the beginning stages of a painful divorce with someone that they're still in love with, despise, or some contentious combination of the two. In order to numb their heartbreak or simmering rage, the DIT searches the internet for potential numbing agents (aka, you), but is in no position to be able to give you anything resembling a relationship, or even a friendship, because their very fresh wound is months, or years, away from scabbing over. A good question to ask a potential DIT is "When was your divorce finalized?"

More From The Best Of New York:

A Guide To The NYC Vegan/Vegetarian Lifestyle