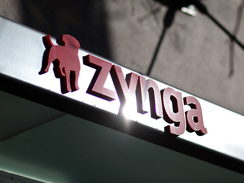 (CBS/AP) NEW YORK — Zynga CEO Mark Pincus and other insiders at the online games company plan to sell 43 million shares of stock in a public offering that will boost the amount of stock available for general trading by 35 percent.

Class B stock owned by Pincus and others will be converted to regular, Class A shares. All shares have the same ownership value, but Class B stock has seven times the voting power.

Pincus, who founded Zynga Inc. (ZNGA) in 2007, will control about 35 percent of the company once the offering is complete. That's down slightly from 36.5 percent.

Zynga, which had its initial public offering of stock in December, disclosed the latest plans in a regulatory filing Friday. It says proceeds from the sale will go to the individuals, not the company.