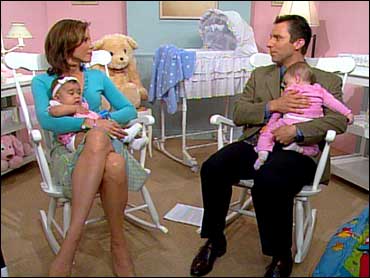 Inconsistency has been the problem for the Miami Heat this season, as they struggle to play well from game to game.

On Wednesday night, it was more like minute to minute.

Alonzo Mourning made a game-winning hook shot with 15.7 seconds left as Miami, which blew a 16-point lead, held on to beat the Boston Celtics 105-103.

"We got a big lead, and we should have put them away early," said Jamal Mashburn, who matched Mourning with 23 points as the Heat snapped a three-game road losing streak. "We've got to close things out."

Antoine Walker scored 35 points, but he missed a 3-pointer in the final seconds that would have won the game for Boston.

"I thought it would be a dagger to hit the shot and end a great game like that," said Walker, who played 47 minutes. "If I had to do it tomorrow, I'd take it again."

After Mourning's basket gave the Heat the lead, the Celtics had two chances to win. Paul Pierce, who had 27 points and 10 rebounds, missed first, then Adrian Griffin pushed the rebound out to Walker on the left side.

He dribbled and stepped back behind the 3-point line, then clanged the game's final shot off the side of the rim.

"I liked that shot," Celtics coach Rick Pitino said. "He stepped back, wide open, to win the game. I liked that shot because we didn't have too much left. If it goes into OT, we're physically pretty beat up."

After a 15-4 start, Miami went 12-12 before winning Wednesday night. January included a 26-point victory over Boston and 22-point win over Detroit but also home losses to last-place Chicgo and Vancouver.

Five times Miami posted a double-digit victory, then lost the next game.

Wednesday's game featured a 9-0 Heat run in the second quarter that was followed soon after by a 14-2 run by the Celtics. Miami also scored nine consecutive points in the third before Boston did the same in the fourth, cutting an 11-point lead to 94-92 with 7:12 left.

Miami led 99-92 with 3:08 to play when Kenny Anderson made consecutive baskets to pull Boston within three. Voshon Lenard hit a put-back to make it 101-96, but he fouled Pierce at the other end. Pierce hit both free throws and then added a 3 to tie it with 1:28 to play.

Clarence Weatherspoon's 10-footer put Miami back in front, but Anderson hit another short jumper to tie the game again. Miami called time out with 32.4 seconds left, and came up with a winning strategy.

The Celtics went 8:41 without a field goal, from 2:18 left in the second quarter until there was 5:37 left in the third quarter. In the meantime, Miami turned a four-point deficit into a 77-61 lead.

The Celtics closed it to 94-89 on 3-pointers from Dana Barros and Walker. Barros added a steal at the other end, setting Walker loose on a fast break that finished with Walker being fouled hard by Anthony Carter.

Walker looked like he was about to exact revenge on the falling Heat guard, but thought better of it. Instead, he calmly missed the first free throw before hitting the second to make it 94-90.

Walker rebounded his own miss to make it 94-92 with 7:14 left. Walker missed five of six free throws in the fourth, going 9-for-16 from the line for the game.