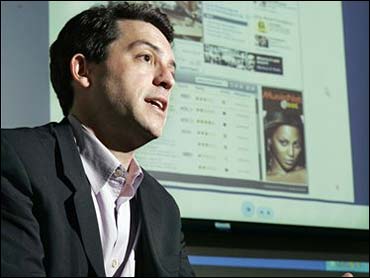 You've got mail — and now it's free along with music and video.

The company is making its content available to a wider audience for free in hopes of gaining more online real estate to sell to advertisers, said James Bankoff, AOL's executive vice president for programming and products.

"We at least keep them in the family," Bankoff said.

A test version of a new AOL.com portal, which Bankoff demonstrated Monday for The Associated Press, is expected to become available on June 21. AOL plans a formal launch next month, coupled with advertising campaigns online, on radio and in print.

Users will be able to create a personalized "My AOL" home page with news headlines, Web journal summaries and other automated feeds from AOL and elsewhere. Such features mimic those pioneered by such competitors as Yahoo Inc.

AOL also is pushing an "AOL Music On Demand" video channel and is developing an "American Idol"-like Web contest carrying as its prize a recording contract. On-demand channels featuring comedy, celebrity news and self-help are also in the works.

Features that will remain available exclusively to AOL's diminishing base of subscribers, who pay up to $23.90 a month for an all-you-can-eat package, mostly involve software and support: parental controls, special sections for kids and teens, antivirus and other security programs and customer support hot lines operating 24 hours a day.

U.S. subscriptions have decreased by about 5 million since AOL's peak of 26.7 million in September 2002.

In the first quarter, revenues fell 3 percent as AOL continued to lose subscribers, more than offsetting a 45 percent gain in advertising revenues. Profits rose 10 percent despite the revenue loss because of a decline in telecommunications costs.