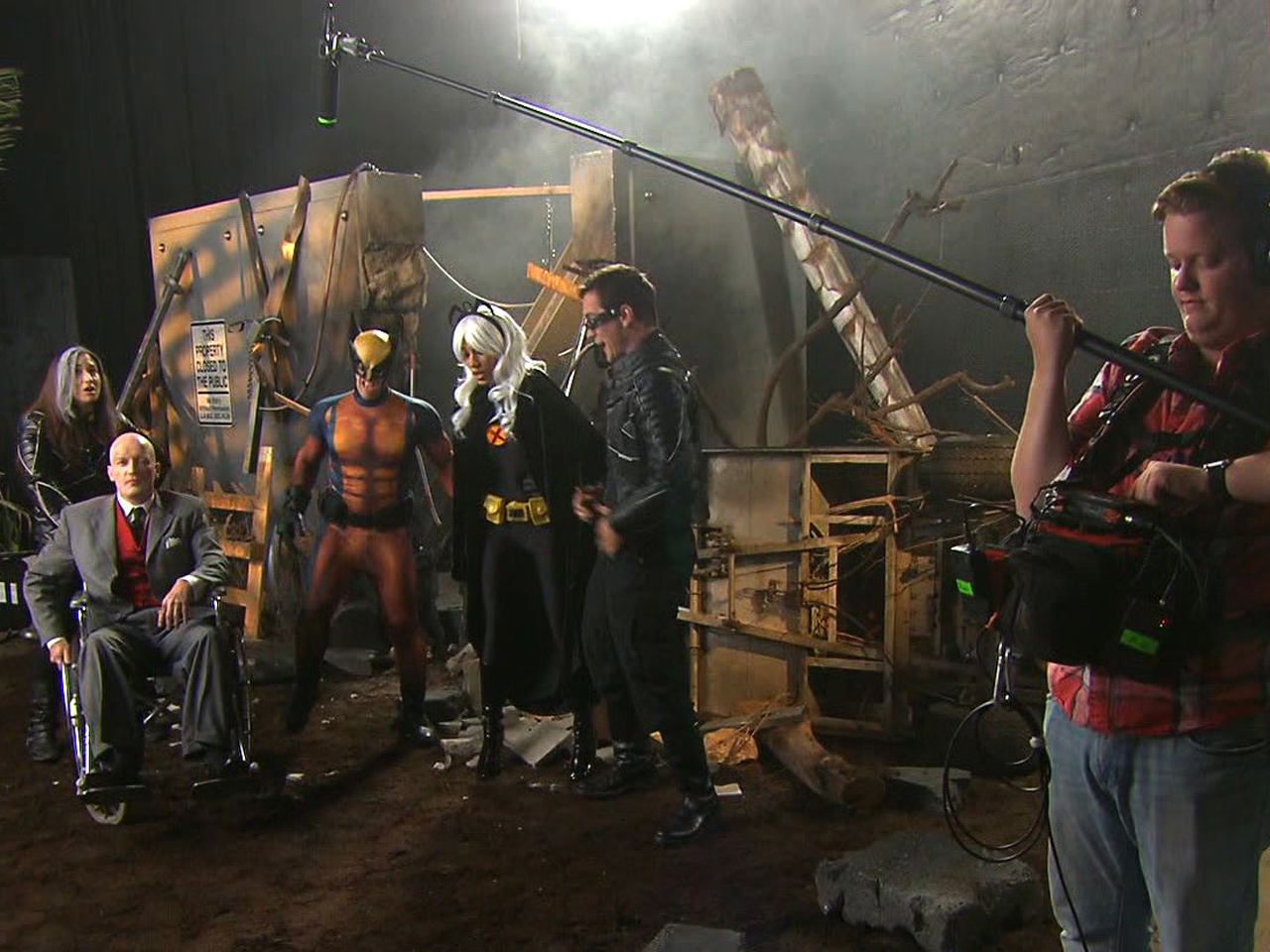 Inside a massive airplane hangar in Los Angeles, YouTube is launching an entertainment revolution. Kathleen Grace is the head of creative development at what is called YouTube Space -- a 41,000-square-foot state-of-the-art studio complex.

On a recent visit to the space, CBS News' Ben Tracy remarked to Grace, "When we came in earlier there were superheroes and supermodels and all sorts of random stuff going on. Is this a normal day at YouTube Space?"

Grace replied, "Yes, last week we had a baboon and a goat here, and the week before that, we had an elephant. We are on an animal kick right now -- animals and models."

The complex is one of four studios YouTube is opening around the world to help create new content for its site. Grace said, "We want this place to be a place where people experiment, try new things and push the edges of what they can do on YouTube."

Wong said, "We're basically the next generation of like, television network, or movie studio or whatever that is in that we have an audience we can make things for, and we have a means of making that thing."

YouTube provides the studio space free of charge, plus all the lights, cameras and additional technology needed.

The action comes from anybody with an idea good enough that YouTube thinks it will create a following online.

A show about superheroes is one Ben Gigli and Tom Grey could not do if they had to pay for studio space and equipment. Grey said, "It would cost us most of our budget."

Gigli added, "It would be prohibitively expensive for us to do something like this on another sound stage around town without the support of YouTube having this set up."

But YouTube gives them the space and equipment for free. "This is really about investing in them as opposed to ourselves," Grace said.

YouTube is not a charity. It makes money, lots of it, by selling ads on the videos people upload to the site. The company is owned by Google and rakes in an estimated $3.6 billion worth of ad revenue each year -- more than the top 10 Super Bowls combined.

But many advertisers want to be associated with something more than facile felines, medicated minors, and biting brothers. So YouTube Space is about creating videos that look more like movies and TV -- a mix of reality shows, game shows, music and even infomercials.

Wong said, "People always ask us, 'When are you guys gonna do a movie? When are you gonna do a TV show?' And to me, that feels like such a step backwards from where are."

Tracy asked, "If a broadcast TV network comes to you and says, 'We want you to create a series for us.' You're gonna say, 'We're busy over here on the Internet'?"

Wong said, "We'd say, whatever you offer us better be a sweeter deal than what we got going on right now because what we have is the best deal of all time. We have full creative control, we have a giant audience that loves what we do, and we can make whatever we want."

Wong said he believes YouTube is the future of entertainment, and now has the space to try to prove it.