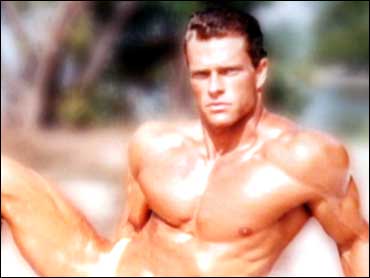 Orlando Hernandez, who risked his life in defecting from Cuba on a flimsy boat, made an impressive major league debut Wednesday night, pitching the New York Yankees past the Tampa Bay Devil Rays 7-1.

Cheered on by a chanting crowd of 27,291 waving Cuban flags, Hernandez limited the Devil Rays to one run and five hits in seven innings. "The Duke," the half-brother of World Series MVP Livan Hernandez of the Florida Marlins, struck out seven and walked two.

"It's difficult to express how I feel," Hernandez said through interpreter Joe Cubas, his agent. "But I can say that I'm very, very happy."

Wearing his navy socks nearly up to his knees and pulling his cap far down on his face, Hernandez (1-0) showed off a neat assortment of fastballs, slow curves and sidearm deliveries. He left to a standing ovation and hearty congratulations from his teammates.

"When I left the field, I felt a great deal of emotion," he said. "My eyes were watery."

Scott Brosius supported Hernandez with a pair of two-run doubles. The Yankees won their third in a row, defeating the expansion Devil Rays in their first-ever meeting.

The victory in the opener of the two-game set assured the Yankees of their 21st straight series without a loss. The last team to do that was the 1970 Cincinnati Reds, who went 24 in a row.

Fred McGriff accounted for Tampa Bay's run with a home run in the fourth. That ended the longest homerless drought of his career at 111 at-bats.

Other than McGriff, the Devil Rays did little against Hernandez. He struck out Quinton McCracken to begin the game and retired the first five batters.

"It's hard to make a judgment on a guy when you see him the first time," said Wade Boggs, who flied out in all three at-bats against Hernandez. "He got all of his pitches over when he needed to and never got in trouble."

Hernandez was 6-0 at Triple-A Columbus, yet got a chance to move up to the majors only because scheduled starter David Cone was bitten on the right index finger by his mother's dog.

The Yankees had not intended to promote Hernandez, who is listed at 28 years old, until around the All-Star break or so. And before the game, Yankees manager Joe Torre said Hernandez would return to Columbus after his start.

Hernandez, however, may make the decision a bit more difficult for the Yankees, whose 40-13 record is the best in the majors.

Torre, though, predicted Hernandez would not remain in the rotation for now, that is.

"There's always a chance. If that phone rings," he said, pointing at the telephone where owner George Steinbrenner sometimes calls. "I'not the boss."

"Right now, I don't see anything like that happening," he said.

Hernandez said he would have no problem going back to the minors.

"It would not be difficult at all due to the fact that the Columbus club is part of the Yankee organization," he said. "As I've expressed in the past, wherever I'm sent to by the Yankees, I will do my best."

Hernandez defected from Cuba the day after Christmas and signed a $6.6 million, four-year contract with the Yankees in March.