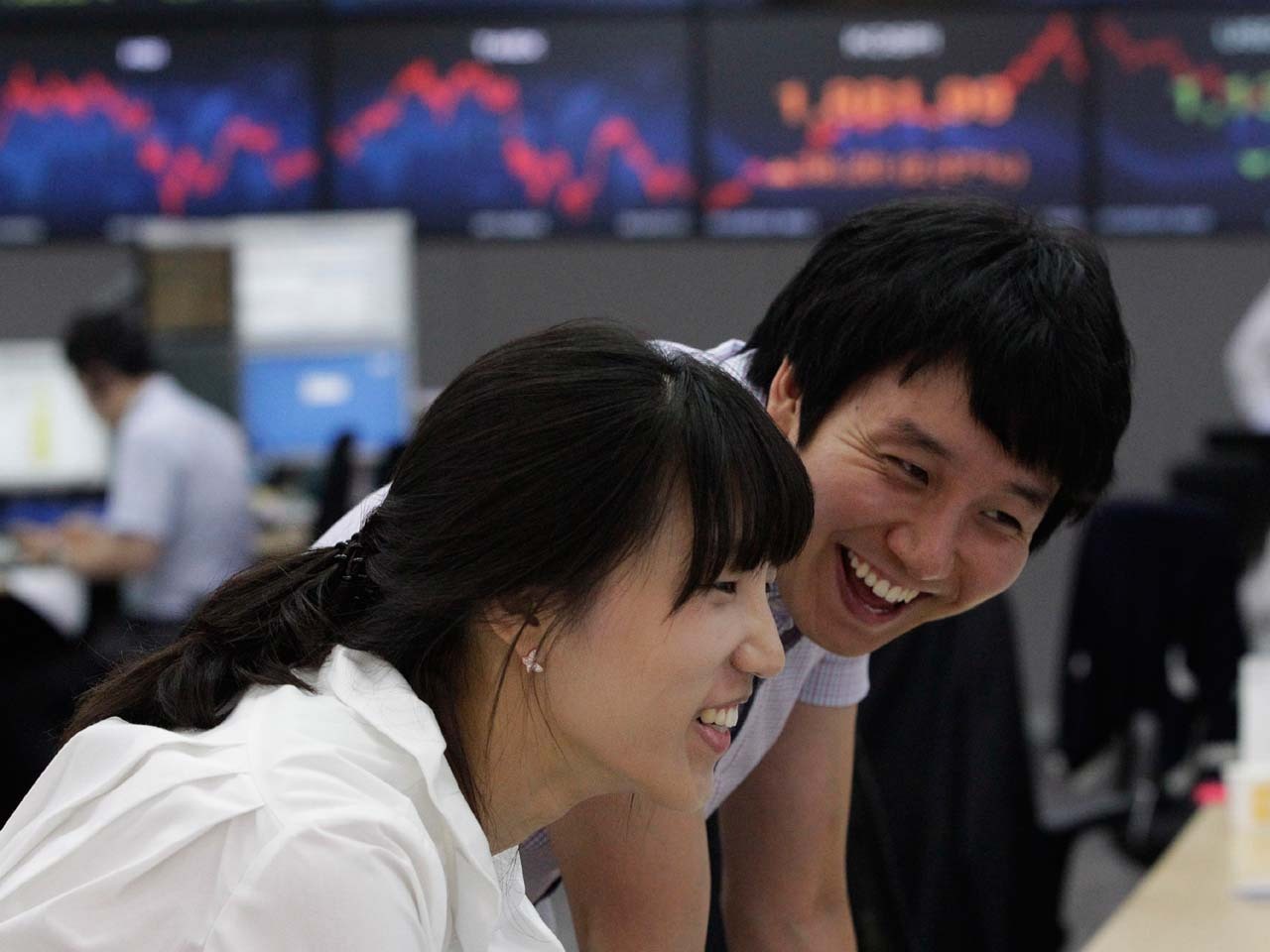 Investors are pinning their hopes on a European Central Bank meeting later this week where many expect ECB President Mario Draghi to announce big plans to support the euro, following his comments last week that the bank is "ready to do what it takes" to save the beleaguered currency. Spain's borrowing costs have surged, raising the risk that one of Europe's biggest economies will need a potentially unaffordable bailout that would strain the euro currency union.

"It's all about the ECB at the moment," strategist Stan Shamu of IG Markets in Melbourne, said in a commentary. "Mr Draghi has made people believe we will see a strong policy response to the rise in peripheral European bond yields," Shamu said. He cautioned that the chances of investors being disappointed following Thursday's meeting are very high.

China's Shanghai Composite dipped 0.3 percent to finish at 2,103.63 as investors appeared unimpressed by a government announcement the day before that it will launch projects to attract private investments in energy, health and other industry sectors in an attempt to reverse an economic slump.