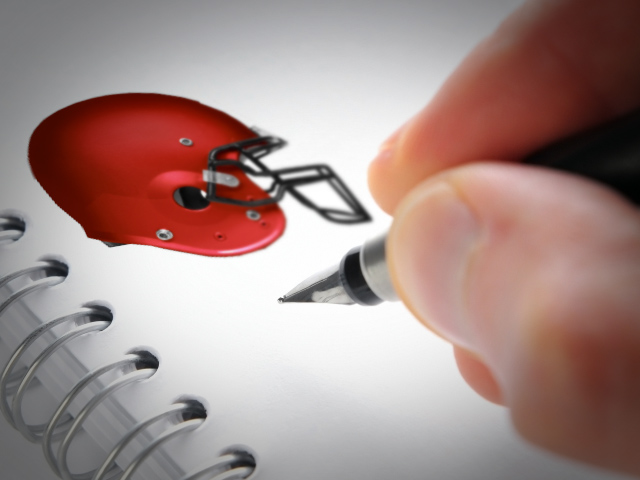 Here's a question any aspiring NFL player would love to answer:

Randolph has 8 ties, 6 pairs of pants, and 4 dress shirts. How many days could he possibly go without wearing the same combination of these three items?

That is an actual question from a recent Wonderlic Cognitive Ability Test - the bizarre 12-minute, 50-question exam that teams use to decide whether a rookie is smart or not.

As the NFL scouting combine heats up in Indianapolis, so do the annual rumors and questions about the Wonderlic. This year the buzz is that Alabama quarterback Greg McElroy scored a 48, just missing a perfect score of 50.

This is notable because the average score is said to be in the low 20s. But history shows the exam may not be the best indicator of gridiron intellect. Hall of fame quarterback Dan Marino once scored a 14. NFL flameout Ryan Leaf posted a 27.

What it Wonderlic Test and who has highest score?

And what about QB bust Akili Smith? He allegedly scored a 12 the first time he took it - until he took it again and got a 37.

You do the math.

Amazingly teams have administered the Wonderlic at the combine since 1968. Given its dubious track record, why is this test still used?

Broncos coach John Fox has an answer: "It can send up a red flag that you've got to look into," he said - in a video posted on the Wonderlic website.

But even Fox concedes: "By no means is it an end-all to whether a guy can play football or not."

Even the daughter of the man who created the test thinks it is biased toward minorities and limited in scope. Kathy Kolbe, Eldon Wonderlic's daughter, scoffs at the idea of the exam being used as an accurate barometer for football players.

"The first time I heard they were using it, I had to laugh," Kolbe told the Kansas City Star. "The issue isn't whether or not to use the Wonderlic. It's: Don't say it tells you how a player is going to do. Because it doesn't."