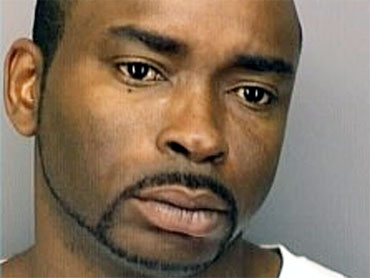 Floyd Steven Collins has been sentenced 50 years in prison for the September abduction of Shannon Haight from a parking lot in Elk City, Okla.

And as The Early Show correspondent Tracy Smith reports, Haight was the least likely person to become a sexual predator's victim.

The Oklahoma woman does everything right: She pays attention, locks her doors, expects the unexpected. But one morning last September, doing everything right wasn't enough to prevent the unthinkable.

"Her only crime was getting to work a little bit early," notes Beckham (Oklahoma) County District Attorney Dennis Smith.

It happened just before 8 a.m. in a parking lot in Elk City, Okla., when a strange man asked Haight for directions.

Haight says, "I just assumed he'd get back in his car, and go away, and that's not what happened."

The second she turned her back, the man, Floyd Steven Collins, made his move.

Haight says, "He grabbed me from behind. I think he had one hand around my neck, and my hands were flopping, flying, trying to get him off of me. The coffee that I had in my hands went everywhere, but I was able to keep my purse."

Collins, who was already wanted in another state for the kidnap and rape of other women, threw her in the trunk of his car and slammed it shut.

Haight says, "I really didn't think of what was going to happen to me. It was more like, I can't believe this is happening."

Determined not to become Collins' next victim, Haight decided to fight back with everything she had, so she reached into her purse and found her cell phone.

Of course, the first thing she did was call 911, but in her panic she kept calling 411, the number for information. Haight was terrified, and claustrophobic in the darkness of the trunk of a car, so she hit the speed dial and called the one person she thought could save her: Her boyfriend, Mark Smith.

Smith says, "I could tell she was hysterical."

He became her lifeline.

Smith says, "My initial reaction was to get in the truck, and go screaming across town and get her out."

Instead, he called 911. Here is how the phone conversation went:

Smith: Hi my name is Mark Smith. My girlfriend is Shannon Haight. She just called me. A guy followed her into Bar-S parking lot, picked her up, shoved her into his Lexus trunk. She's in a trunk and called me from her cell phone.

As frightened as she was, Haight was able to describe both her attacker and his silver car. But before police could find her, Collins pulled off the highway. Smith was still on the line.

Smith: They're getting out.

Dispatcher: He's getting out.

Smith: I heard a door shut.

Smith: I heard the trunk open.

Today, Smith notes, "It didn't seem like it was going to be a happy ending."

Haight says, "He opened up the trunk and told me to stick my hands out, so I stuck my hands out. And he's standing there with this bottle in his hand, and there was paper wrapped around it. And he kept telling me,'Roll over; roll over' and that's all he said to me. You know, he didn't talk to me at all. I kept trying to give him my purse and my money, my jewelry, and he didn't want that. He had this look in his eye that was like a fix, like he needed something. like he needed drugs or something. And that's not what he wanted.

What does she think she wanted?

To his horror, Smith could hear everything that happened next.

Smith: You there, baby?

Knowing he'd been tracked, Collins threw the phone away and raced back to the highway to escape. But by then, the cavalry was on his tail.

Officer Chance Husted of the Oklahoma Highway Patrol recalls, "I turned and got in behind the car, and the car was accelerating. And we were going in excess of between 90 and 100 miles an hour."

But the Lexus quickly outran the heavy police truck, so the Oklahoma patrollers called in their secret weapon: a Camaro designed for high-speed pursuit.

Officer Paul Christian of the Oklahoma Highway Patrol says, "The concern was that if he got out of the perimeter, and we weren't able to locate him, then we didn't really know if we would ever see her again -that was my concern."

The chase ended when the suspect rolled the car on an off-ramp -- with Haight still trapped inside.

A patrol tape shows what happened at the scene: the car flipped and landed back on its tires. Officers used a crow bar to pry the trunk open, and Haight stepped into the sunlight - dazed, shaken and safe. The entire ordeal took less than an hour.

Floyd Steven Collins was convicted, and last week he was sentenced to 50 years in prison. The ordeal gave Shannon Haight and Mark Smith a new sense of urgency about life. They plan to be married the first week of August.