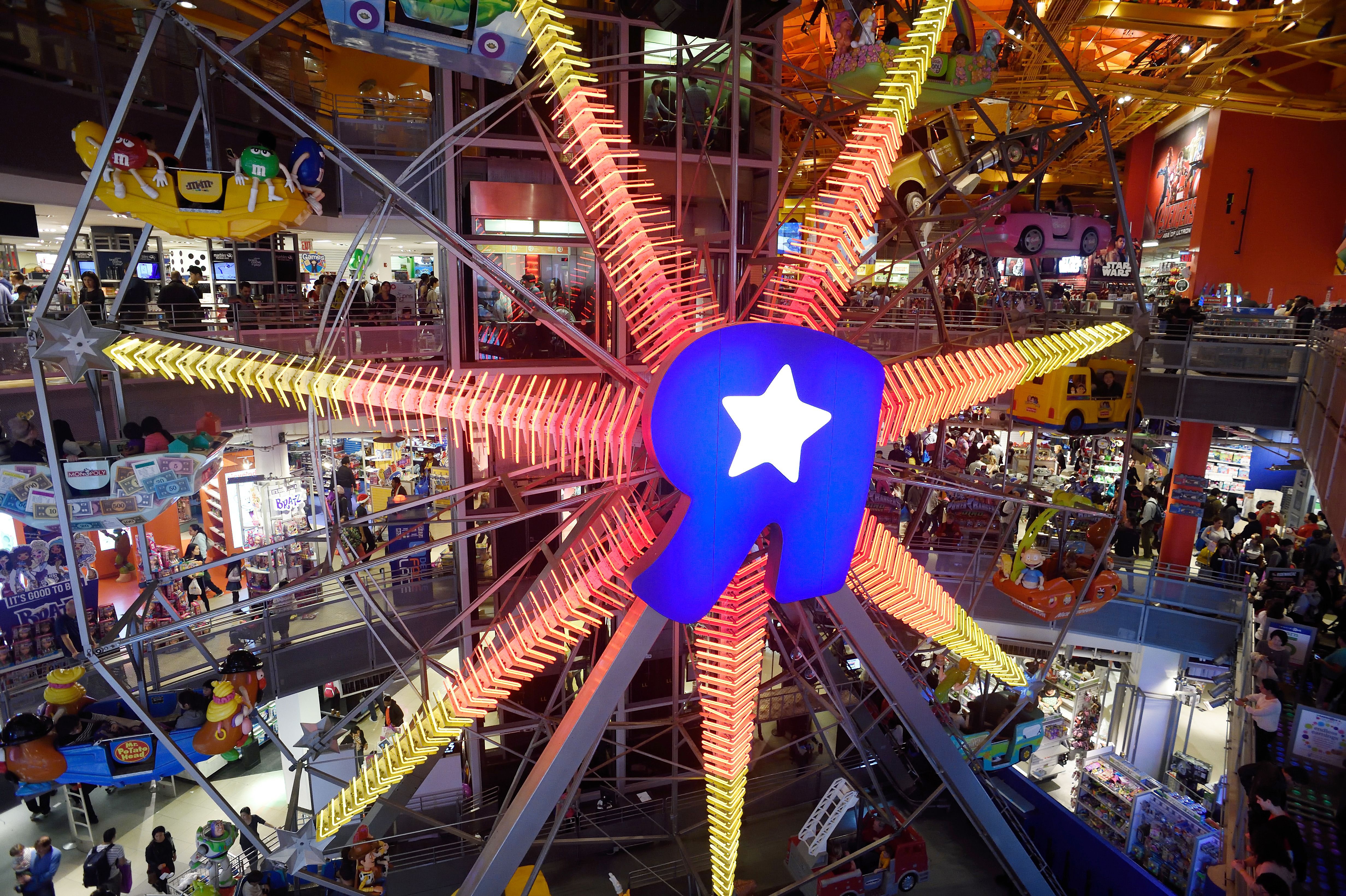 Attention, shoppers, you have just hours left before the world's largest toy store closes -- for good.

In what could be viewed as the Grinchiest of exploits, Toys R Us will close its four-story flagship Times Square store on Wednesday, forfeiting 110,000 square feet of space in heart of New York's theater district.

A Toys R Us spokeswoman told Fortune that the company "recently decided not to exercise our option to renew the lease on our Times Square store," noting that it was looking for new home but had yet to find new digs. "We are hopeful we can remain in the Times Square area," she added.

In what could be described as part store and part amusement theme park, the "World's Greatest Toy Store" also houses a 60-foot Ferris wheel, an animated 20-foot tall Tyrannosaurus rex, a suspended superman breaking the fall of a tumbling truck, scale Lego models of famous New York landmarks, including the Empire State Building and many other attractions.

The closure comes just months after privately held Toys R Us shuttered the famed FAO Schwarz store, citing the high and rising costs of running the retail space on New York City's pricey Fifth Avenue, where it had been located since 1986.

Skyrocketing rents are being blamed for the closure of the Times Square store, too, which opened in 2001. Since then, rental rates have reportedly doubled for the space, known as the Bow Tie Building, soaring to as much as $2,500 a square foot at street level, Fortune reported.

But increased competition has also played a role. Toys R Us, which once dominated toy retailing, has seen its sway diminished by Internet rivals, such as Amazon.com (AMZN), and big-box retail giants Walmart (WMT) and Target (TGT) -- all of which sell toys for less.

So what's to become of the space being vacated? It'll still be retail, but of a much more sedate variety. Look for two 31,000-square-foot parcels to be carved out as new flagship stores for the ubiquitous Gap (GPS) and Old Navy clothing chains.