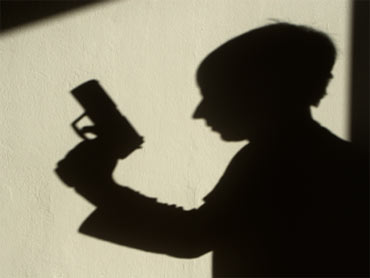 (CBS)
TAMPA, Fla. (CBS/AP) Why do kids kill? It is a question that keeps criminologists awake at night, and on call in a culture that is desperate to understand, and prevent, violence by children. It's also the issue that keeps criminology professor Kathleen Heide in demand, and on the case.

The way Heide tells it, a prison movie she watched on TV as a kid back home in New Jersey started it all.

The 1950 film "Caged" was about a naive 19-year-old woman who becomes hardened after going to prison for a robbery. Heide figures she was about 9 when she saw it on TV in the early 1960s and found herself thinking for the first time about "why people got in trouble."

A few years later, she was captivated by the murders carried out by Charles Manson's followers in Los Angeles.

Then came the Attica prison riot in New York in 1971, and the sheltered teenager who attended an all-girl Catholic school became intrigued with life inside prisons.

In college at Vassar in the 1970s, Heide's tenacious curiosity about what makes criminals tick led her to the study of violent children, particularly those who murder their parents. She recalls being fascinated by a New York Times article in the mid-'70s suggesting that modern society had bred "a new genetic strain of child murderer."

"I don't think there's anyone better," says Craig Alldredge, a public defender in the Tampa Bay area who has frequently turned to Heide to evaluate his juvenile clients during the past 25 years. "In my world, you deal with experts who have egos the size of Montana. She, to her undying credit, is very self-effacing and incredibly understated for the work that she does."

So what has professor Kathleen Heide found? She says most children who kill were abused or neglected, and never emotionally attached to a parent or anyone else. Others might have been overindulged and never learned boundaries. Either way, they don't know how to cope with anger and emotional distress and end up resorting to violence. Another common denominator in many of the cases is that a gun was readily available. A gun is the weapon of choice for most kids who kill. 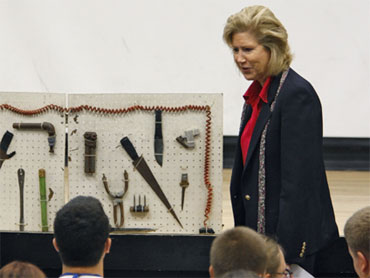 Typical of kids who kill their parents — another Heide specialty — was a 17-year-old girl who fatally shot her physically and psychologically abusive father as he slept in 1987. After spending hours evaluating her, Heide determined the teen was suffering from post-traumatic stress disorder because of the conditions under which she was raised.

Not only did the girl avoid the death penalty — which the prosecutor wanted — she got the lesser conviction of second-degree murder. She served part of a 17-year sentence and has been released.

Now 40, she has stayed out of trouble and is getting married soon. The case stands out for Heide because she considers it "one of my success stories" among kids who kill, as most are never rehabilitated.

Tall, lanky and blonde, the 55-year-old Heide is chatty and easygoing but still imposing enough to keep a lecture hall full of 300 restless undergraduates attentive and on task. She's fiercely protective of the details of her personal life, and for safety reasons refuses to discuss it.

"I deal with some dangerous people," she says.

Heide has interviewed more than 150 children who either killed someone or tried to and consulted on hundreds more cases. A licensed mental health counselor, she still treats troubled children as part of a limited practice, reasoning that she might be able to prevent the next tragedy.

As an internationally recognized authority on the topic, she is frequently summoned by attorneys as an expert witness in court to explain the inner workings of a child's mind. Beyond that, she's become a go-to national media source skilled at delivering succinct observations on the latest school shooting or other violent act by a juvenile. Most recently, it was a group of South Florida boys who allegedly set a classmate on fire.

Heide made the local and national media rounds after the Columbine High School shootings and the massacre at Virginia Tech. She's talked to reporters about the Adam Walsh slaying and why the Menendez brothers would kill their millionaire parents. A British production company sought her out for a documentary about the 1974 killings in Long Island, N.Y., by Ronald DeFeo Jr. The 23-year-old's slayings of six members of his family preceded the alleged haunting that became the subject of "The Amityville Horror."

Heide has been quoted by The Associated Press and dozens of newspapers and magazines, and has been all over the national TV talk shows. She's written two books on kids who kill, and for the next one is revisiting people who committed violent crimes as children years ago.

"She agonizes over each case," says Eldra Solomon, a psychologist who has collaborated with Heide on forensic evaluations and other projects over the past two decades. "She also cares a lot about the societal factors and implications for our society, what's driving the increased violence among kids."

To escape the heavy subject matter that permeates her professional life, Heide turns to the water. She swims regularly and serves with the U.S. Coast Guard Auxiliary, spending weekends on her own 24-foot-boat assisting the Coast Guard with tasks in the Tampa Bay area.

Through it all, Heide insists she's never met an evil child. Bad parenting usually makes them what they are, even in cases where family life may look idyllic from the outside.

"People want to say these kids are born bad. That's nonsense," she says.

"I've met kids I think are dangerous.... But I don't see them as evil," she says. "I think evil is more of a moral, religious concept. I just see people as destructive. I've seen cruelty that's upsetting, but my question (always) is: what would cause somebody to do that?"