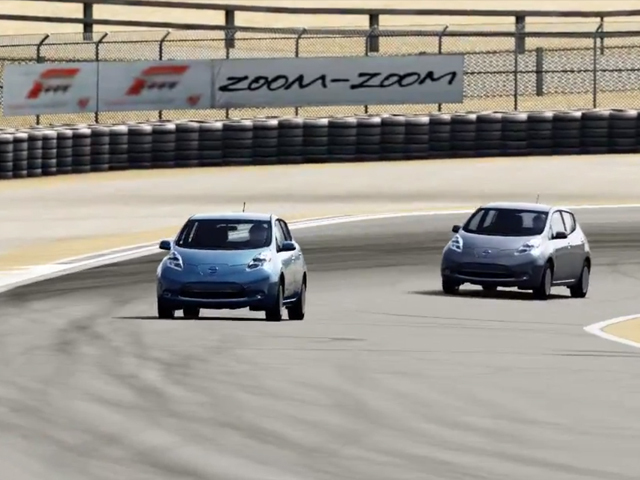 (CBS) - Watch this video of the Nissan Leaf driving around a racetrack. FYI, the action unfolds at the end.

When I initially watched the video, I thought it was the most dull car commercial ever made. (Spoiler alert!) As the action unfolded, I was sort of shocked. Yes, the video is actually computer-generated imagery (CGI). I had to go back and watch it again.

The cars look spectacular. It's only when you go back and look at the movement of the trees, that you can tell it's not a live-action. CGI has certainly come a long way.

Welcome to the future of video games.